The I-Team uncovered the driver's background 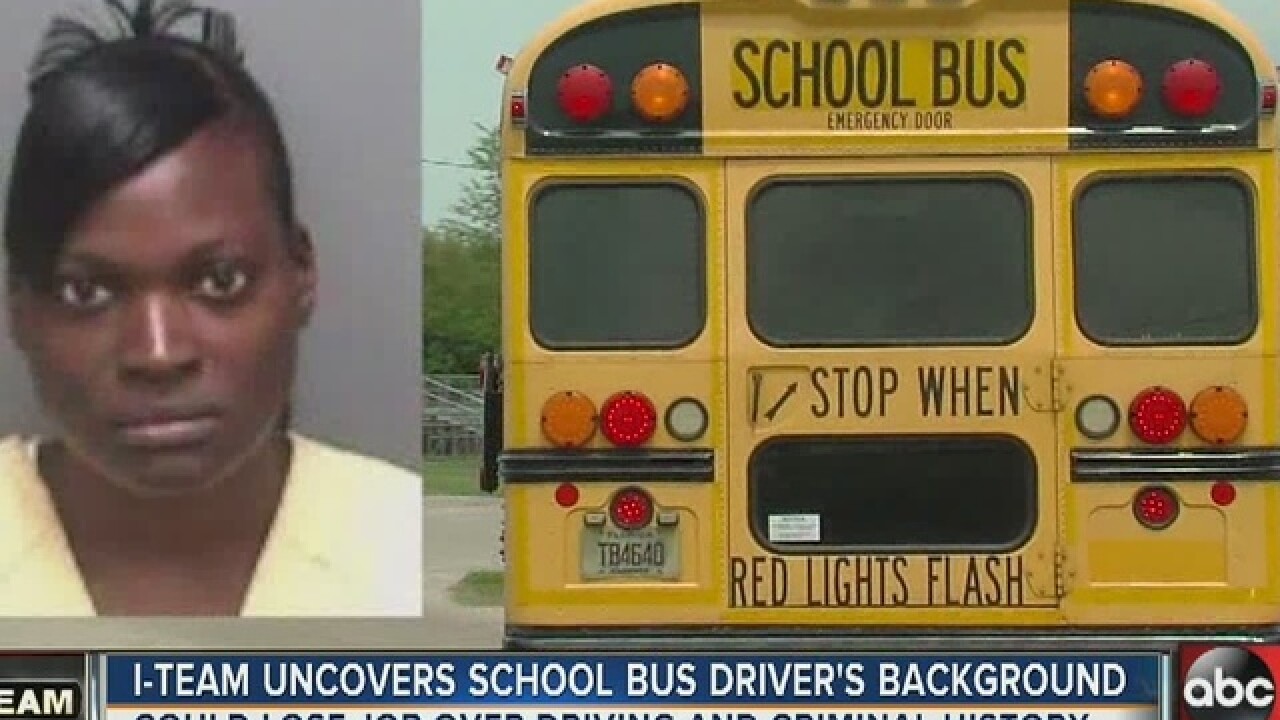 A local school bus driver has been fired after our I-Team uncovered her driving history and criminal past.

Andrea Herring has been driving children to school in Pinellas County for 13 years.

Herring was under investigation for using her cell phone while driving her school bus with students on board.

The ABC Action News I-Team pulled her disciplinary file and found that in 2015, she crashed her bus with 27 students on board. Herring was convicted of careless driving but was only reprimanded and suspended for 3 days by the county.

In 2011 she was reprimanded after she was in a bus accident. Documents say she was driving the bus while talking on her cell phone at the time of the accident.

In 2010 she got a letter of reprimand for failing to report an arrest. Herring was arrested and charged with possession of crack cocaine. The State Attorneys never pursued the case.

Her file also revealed a domestic battery charge in 2010 after she was accused of hitting a man in the face.

In 2009 she pleaded guilty to improper display of a firearm. The reports state that she pulled a gun on someone. She spent 30 days in jail.

All of the incidents from 2009 to present occurred while she was driving kids to school.

The Pinellas County School District officials refused to interview with our I-Team about Herring's driving and criminal history on Monday. On Tuesday, during a school board meeting, Herring was fired from the district and will no longer be a bus driver for the county.