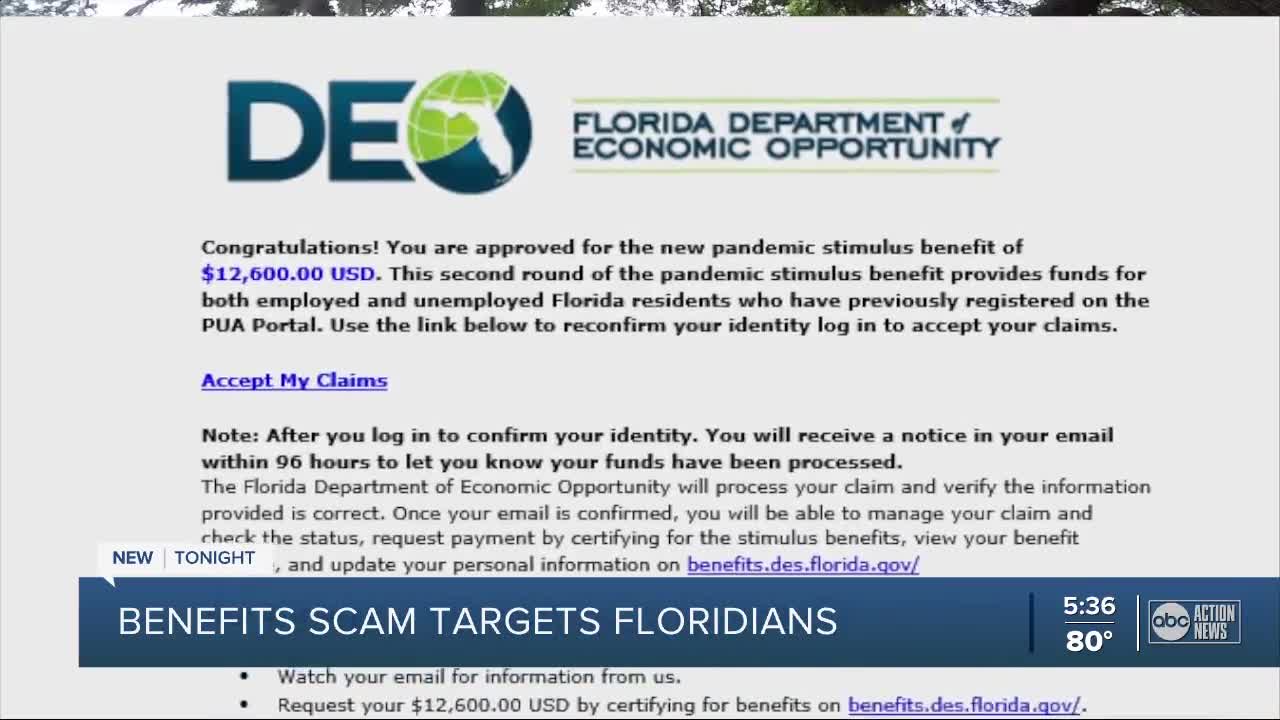 A heads up for folks who receive unemployment benefits - there’s an e-mail making the rounds that look to be from the Florida Department of Economic Opportunity, but officials there say it’s a scam. 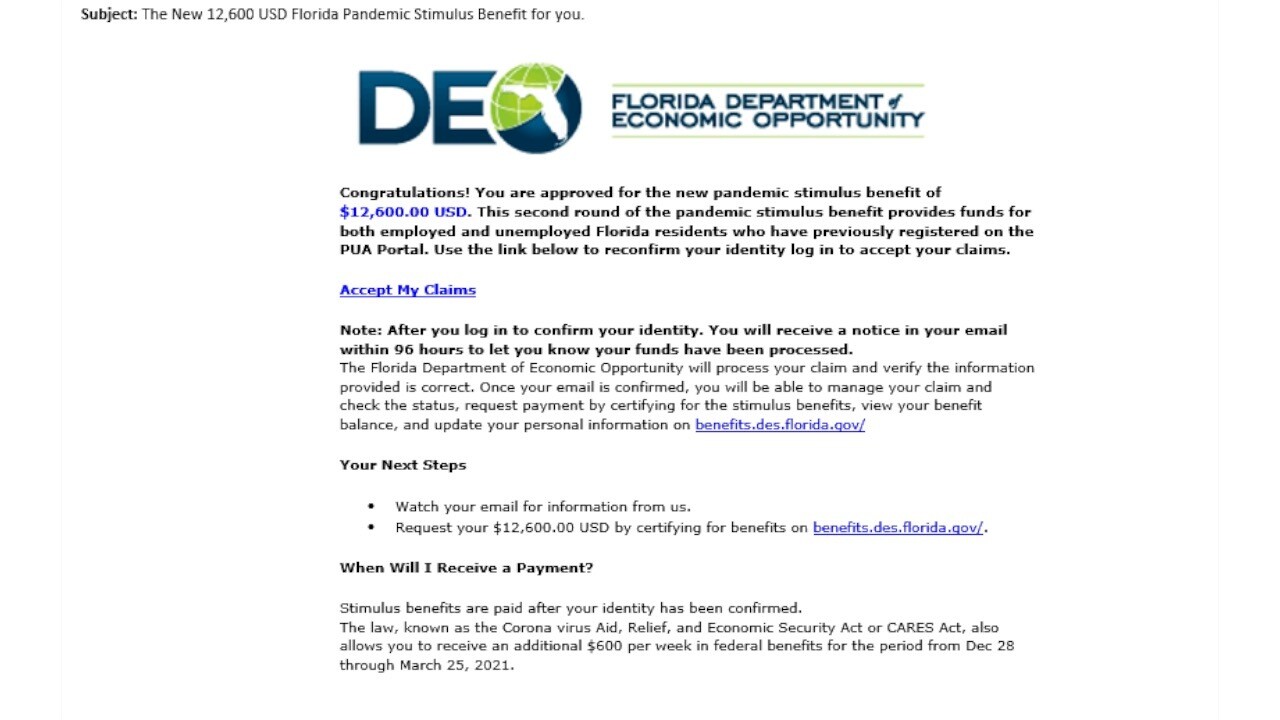 TALLAHASSEE, Fla- — A heads up for folks who receive unemployment benefits - there’s an e-mail making the rounds that look to be from the Florida Department of Economic Opportunity, but officials there say it’s a scam.

The e-mail on the surface, with an official logo and all, looks like the most recent update from the FL DEO.

“You have people looking through a lens with a light most favorable to sort of appeasing their desperation or suffering, they see anything and they want it to be true,” said State Senator Jason Pizzo, who represents District 38 and has worked with people across the state when it comes to unemployment claims.

It’s true, hard times have fallen on millions of Americans, hundreds of thousands right here in Florida. Many have found themselves unemployed or living paycheck to paycheck. But, if you look closely at the e-mail, “The biggest red flag is the idea that the DEO would give out $12,000,” said Ryan Barack, a labor and employment expert. “There’s no universe where a number anywhere near that has been suggested for people in Florida.”

The e-mail asks people to click on a link to verify and request the benefits. At the bottom, the e-mail explains the benefits are coming from the “Corona Virus Aid” or CARES act, and will also provide an additional $600 in benefits from Dec. 28th to March 25, 2021. All of that information is false.

“I think that it is logical that scammers are going to try and take advantage of people, that’s what they do and certainly people are desperate in hard times,” said Barack.

And State Senator Jason Pizzo says communication from the DEO hasn’t been the clearest or most frequent and it’s why he can see someone falling for something like this.

“Scammers are always looking for new opportunities, like the passage of another round of federal stimulus, to rip off consumers. The new round of economic relief and uncertainty surrounding COVID-19 create the perfect storm for fraudsters trying to make a dishonest dollar,” she said. “I encourage all Floridians to review our Scams at a Glance webpage and download the new brochures to familiarize themselves with common scams related to the coronavirus and learn the best practices on how to avoid falling prey.”

She says stimulus scams may come in many forms like texts or e-mails asking you to verify info, offering to expedite or grant additional payments, or calls from people claiming to be with a US agency asking for private banking info.

Click here to see the most recent flyer and tips on how to avoid becoming a victim of a scam.

Plus, click here to go to the Scams at a Glance webpage.