This Woman Thought Her Student Loans Were Forgiven 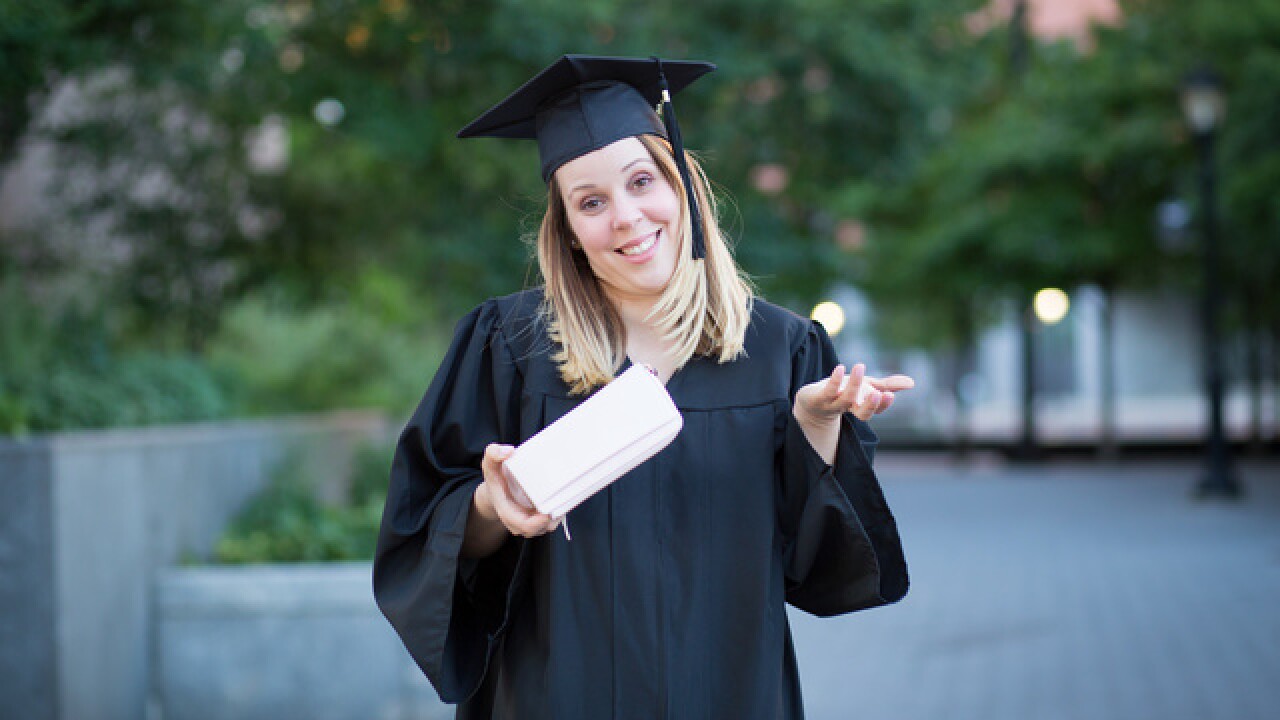 Debbie Baker was looking forward to October. She would finally be done paying off her student loans—or so she thought. She had borrowed money to go back to school for her teaching degree at the University of Tulsa in 1999 and landed a job as a music teacher at a public school. But Oklahoma pays its teachers less than almost any other state in the country. She still earns less than $40,000 a year. When the Public Service Loan Forgiveness program was put into place in October of 2007, Baker finally felt some relief. It promised to forgive remaining debt for government and nonprofit workers after making 10 years of qualifying payments. But in July—two months before the end of her 10 years—Baker found out she doesn't qualify at all. She received a letter saying borrowers must have a specific type of federal student loan to be eligible, and she has a different kind. "I felt like I was hit over the head with a sledge hammer," Baker, 55, said. Her original loan was for about $37,000 at an interest rate higher than seven percent. But the debt has grown to more than $75,000. Now, she has to consolidate into a new kind of loan, and start the 10-year clock all over again. It will likely delay her and her husband's retirement.

October will be the first time anyone will have paid long enough to qualify for forgiveness under the Public Service Loan Forgiveness program. But few are expected to receive forgiveness next month for a variety of reasons, said a spokesman for the Department of Education's Federal Student Aid Office.

Borrowers need to have made 120 qualifying payments before officially applying for forgiveness. Some may have been slow to start the program. And when it was created in 2007, most borrowers didn't have eligible loans. "Many teachers and members of the military are in for a rude awakening. Their student loan financial headache will probably stay around longer than they had hoped," said Rohit Chopra, Senior Fellow at the Consumer Federation of America. People have complained to the Consumer Financial Protection Bureau about lag times with loan payment processing, which delays the 10-year clock. One group of borrowers has even filed a lawsuit against the government after claiming to receive conflicting information about their eligibility over time. Part of the problem is that when the program first began, there was no way for borrowers to know for sure whether they qualified. It wasn't until 2012 that the government created a voluntary form for borrowers to fill out to see if their current employer and loans qualified for the program. It's recommended, but not required, that borrowers fill it out annually. Baker said she didn't see the form until this summer. It was only after she submitted it that she received a letter saying her loans didn't qualify. Up until that point, she thought she'd done everything she could to go over the eligibility requirements carefully. "I'm Madam Detail. I double checked everything and I thought I was great," she said. She made sure she had the right kind of job and she's also enrolled in an income-driven repayment program, which is another requirement. To do that, she had to submit income certification forms to her loan servicer, Navient, annually. "I would fill out these forms, and nowhere anywhere did anybody bat an eyelash or say, 'Well you know this loan doesn't qualify for PSLF'," she said. The Department of Education spokesman said there have been efforts over the past 10 years to inform borrowers about the program, including those like Baker who would have to consolidate their loans in order to be eligible. Information about the program's requirements is posted on the government's website, as well as Navient's.

"A borrower's loan type is stated on multiple documents, and our representatives take care to explain Public Service Loan Forgiveness eligibility to interested borrowers and link to the government's website for more information," said a Navient spokeswoman. Even enrolling in an income-driven repayment plan can be a headache. In August, the Pennsylvania Higher Education Assistance Agency—a contractor hired by the government to administer the loan forgiveness program—was sued by Massachusetts Attorney General. The suit claims that it failed to process borrower's income-driven repayment applications in a timely manner, extending a borrower's time before receiving forgiveness. A spokesman for PHEAA did not respond to CNNMoney for this story, but a statement issued in August says the agency does not agree with the allegations.

How To See If You Qualify For Forgiveness

Those interested in the Public Service Loan Forgiveness program, should fill out the Employment Certification Form. If you're eligible, your loans will be transferred to PHEAA's FedLoan Servicing, which will keep track of how many payments you have left. When you are about six months away from making your 120th payment, FedLoan should notify you about your potential eligibility. When you have made your last payment, you can fill out the application for forgiveness. But Baker recommends avoiding loans altogether. "All I can do now is tell my high schoolers, 'Look, I want you to go to school if that's what you want to do, but whatever you do, you better not take loans unless you absolutely have to -- and you better pay them off fast,'" Baker said. Written by Katie Lobosco for CNN. Are you applying for loan forgiveness? Share your story with CNNMoney by emailing reporter Katie.Lobosco@cnn.com. The-CNN-Wire ™ & © 2017 Cable News Network, Inc., a Time Warner Company. All rights reserved.