Secrets for finding Fingerlings, the hottest toy of 2017 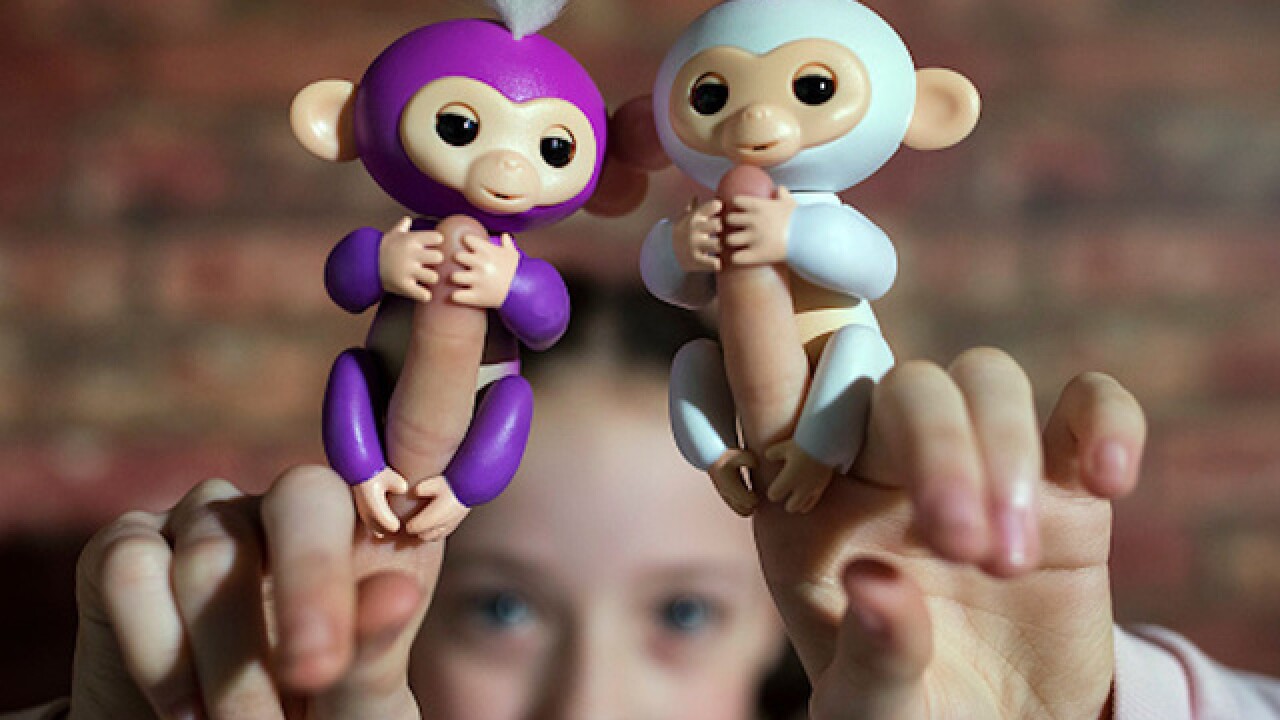 Image copyright 2017 Getty Images. All rights reserved. This material may not be published, broadcast, rewritten, or redistributed.
Dan Kitwood
<p>LONDON, ENGLAND - NOVEMBER 08: A girl holds two 'Fingerlings', during a media event announcing the top 12 toys for christmas at St Mary's Church in Marylebone on November 8, 2017 in London, England. The Toy Retailers Association's Dream Toys chart, is an independent list of the predicted Christmas best-selling gifts for children. (Photo by Dan Kitwood/Getty Images)</p>

Looking for the hottest toy of this holiday season? It's not Hatchimals this year, unlike last Christmas.

It's a little monkey puppet called a Fingerling.

The sign on the shelf at one Target store said "Limit two Fingerlings per guest." Too bad you can't find even one.

"You can't find them anywhere, so good luck to everyone that's looking for them," one mom told us.

So we went on a quest to find some.

At Target, we found that sign taunting shoppers with "Limit two" when all they had was empty shelf space. At least they had imitation Hatchimals in stock.

At Walmart, no Fingerlings either. But we did find a paintable poop emoji toy, just what your 5-year-old child needs.

At one Toys R Us, meantime, clerks told us to check back in the morning. We found one mom there who got one last week.

Stacy Miller said, "Just suck it up and buy on eBay. There are people who are not trying to make a fortune."

Leah Field's advice: "I check Amazon almost daily. Once one becomes available, they will release each color periodically throughout the day."

Shannon Barnard agreed, saying "Check Amazon every day. They are releasing them in waves and limited them to one per order. Some people can't buy them and turn around and sell them for double. I have been able to order three at $14.99 each."

Should you pay a premium?

No luck? You can find them on eBay for $40 to $400, though before you overpay, you may want to remember this advice from Dina Sanders, who has some friends whose kids already have them.

"Truthfully, what I've heard is that the kids play with them for a week and then they throw them away, or they get lost, or something eats them," Sanders said.

If you are going crazy, and thinking of spending five times the original price to get one, just remember last year's Hatchimals craze. Parents spent hundreds to get the hatching eggs, and now most sit in the bottom of closets, collecting dust.

“Don't Waste Your Money” is a registered trademark of Scripps Media, Inc. (“Scripps”).