How Rent-A-Center forced one family into hiding 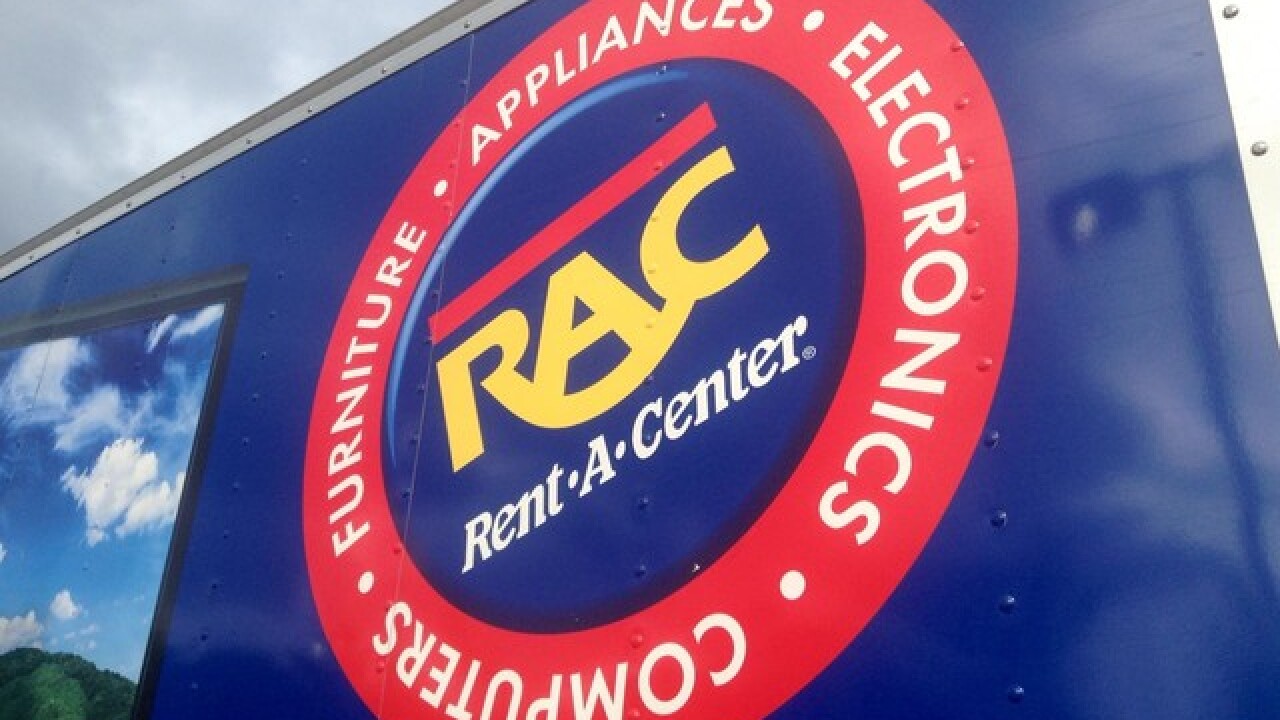 The pounding started at 8 a.m. on a Saturday last year, loud raps Jessica Gonzalez says woke her up. “Rent-A-Center!” yelled a voice at the front door of her Miami home. Oh, God, not this again, Gonzalez remembers thinking. Fearing the company’s workers would harass her as they had on previous visits — banging on doors and peering in windows — Gonzalez rushed from bed to grab her two boys. “Wake up! Wake up!” she said, coaxing her boys, ages 7 and 9, into a closet. For the next hour, as the banging continued, she says they huddled inside, coming out only after the man gave up and left. Gonzalez, a 30-year-old law firm secretary, says she felt helpless as the Rent-A-Center employee pounded on her house. “I felt trapped,” she says. “I saw the extent these people were going to, and they weren’t stopping.”

"Scheme Of Abuse And Harassment’

Gonzalez had rented a washing machine and used bedroom set from Rent-A-Center in April 2015, according to a lawsuit she filed against the company in federal court last November. Buying the items from Rent-A-Center would have cost about $1,750, she says. She didn’t have the money, so she says she signed leases with the company that obligated her to pay about $70 a week for 76 weeks, which comes to three times the original price. She made payments until April 2016, her complaint said, until she was forced to reduce her hours at work after being diagnosed with a thyroid condition. She had paid nearly $3,500, twice the original price. But she fell behind on payments. Rent-A-Center responded with a “scheme of abuse and harassment,” her lawsuit said. Anytime she missed a payment, even by a single day, Rent-A-Center workers would “blow up my phone,” calling at all hours, she tells NerdWallet. Company workers sent text messages to her family and friends, telling them that she was behind on payments and would be arrested, her lawsuit said. “At one point they even showed up at my house with a police officer,” she says. “It was very scary.” One night last year when she and her boys were returning home, a Rent-A-Center worker was waiting on her front porch. “I got these chills all over my body,” Gonzalez says. She and the boys drove away for several hours. Another time, two weeks late on a payment, Gonzalez visited a Rent-A-Center store to pay enough to make her account current, her lawsuit said. But the store employees would not accept her money, demanding that she make two weeks of payments in advance before they would let her make past-due payments, her complaint said. Gonzalez called the corporate office to verify that she had to pay the additional money. She was told that advance payments were not required, her lawsuit said. Rent-A-Center gave her other mixed messages about payments, the complaint said. Once a store employee left her a voicemail saying the company needed to receive a payment right away. But it wasn’t clear the store would take her money. “If we do not receive payment today, we’re not going to accept any more payments,” the message said, according to the lawsuit. “You cannot keep doing payments like this. We’re not going to take any more payments in the account.” In July 2016, Gonzalez paid Rent-A-Center $410.76, making her account current, her lawsuit said. But the lawsuit said the harassment didn’t stop. Even after she had paid up, Rent-A-Center employees left voicemails for Gonzalez’s ex-boyfriend, telling him that she had stolen merchandise and would be prosecuted for crimes, the lawsuit said. In September 2016 one of Gonzalez’s neighbors filmed a Rent-A-Center worker stealing mail from her mailbox, her lawsuit said. According to the complaint, the worker said he was “looking for a company paper” and did not leave anything in her mailbox. Stealing mail is a federal offense.

In August 2016 Gonzalez received a letter from a lawyer who said he was representing Rent-A-Center and demanding past-due payment, her lawsuit said. The letter was from Kenneth B. Dion, based in West Palm Beach, Florida. Gonzalez says she stopped making payments last summer as she was readying her lawsuit. After her lawyers contacted Rent-A-Center, she says the company cut off her ability to make payments online. According to records Rent-A-Center sent her, which she shared with NerdWallet, she has paid the company $3,914.19. The company says she still owes $1,004. The letter from Dion, however, did not specify the amount she owed. But it cited a Florida statute under which the lawyer said Gonzalez could be criminally prosecuted for reneging on payments and failing to return rented merchandise. Florida has a law allowing rental companies to pursue criminal charges against delinquent consumers. But the statute Rent-A-Center’s lawyer cited does not exist, Gonzalez’s lawsuit said. Gonzalez’s contract with Rent-A-Center limits her ability to sue. The company has not responded to Gonzalez’s claims. It is trying to send the complaint to arbitration, a process that generally saves money for companies. Her lawyers, Court E. Keeley and Darren R. Newhart, are fighting to keep the case in court. Gonzalez doesn’t care where the complaint gets heard, she tells NerdWallet. She just wants the company to improve its customer service. “I just hope that in some way, somehow Rent-A-Center can better train their people to have the rules of collection forced on them so they know how to respect the law,” she says. “The way they were treating me wasn’t right. I was just trying to do something to make them stop.” Written by Brad Wolverton for NerdWallet. Brad Wolverton is a reporter at NerdWallet. Email: bwolverton@nerdwallet.com. Twitter: @bradwolverton. Photo of Jessica Gonzalez and her sons by Andy Miller. The article How Rent-A-Center Hounded One Family Into Hiding originally appeared on NerdWallet.