How to protect your children from identity theft 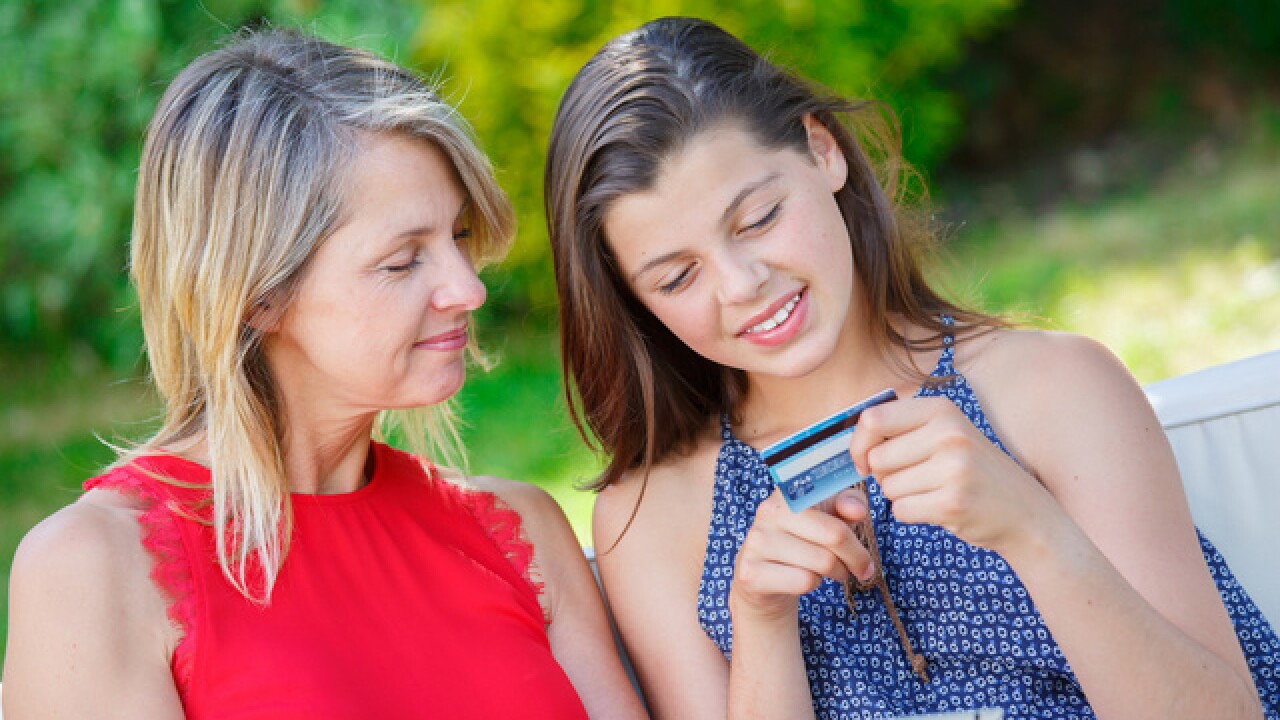 After the data breach at Equifax last month in which 145 million people's Social Security numbers and other personal details were accessed, millions of adults have taken steps to protect their credit information. Perhaps you locked your credit down through a freeze, fraud alert or other protection service. Maybe it took several tries or cost you money you didn't intend to spend, but once you settled on a protection, you may have sat back with satisfaction thinking you're all set. But, what about your kids? What can you do to protect them from identity fraud? First, the good news: It is very unlikely that your child was affected by the Equifax breach. Since the hack involved taking Social Security numbers and other information from active credit reports at Equifax, and minors, as a rule, do not have active credit reports, your child's Social Security number most likely would not have been taken this way. Testifying in a congressional hearing, the former CEO of Equifax, Richard Smith said there are no known victims who are minors. "There has to be credit activity for a file to be made," says Eva Velasquez, the president of the Identity Theft Resource Center, "and minors don't or can't actively seek credit, therefore no credit file should exist." But here's the bad news: The personal information of minors is at risk in other ways, and the strongest shield to protect their credit—a credit freeze—is often only considered after they've already been the victim of identity fraud.

Here's what you need to know and how to proactively protect your child's identity:

Many people incorrectly assume that a credit report is activated when you receive a Social Security number, as a child often does soon after birth. A credit report is activated only when a person applies for credit. You're hoping that person will be your child, sometime down the line. But, if your kid's Social Security number falls into the wrong hands, it can be used by someone else to open accounts. "Theoretically minors are not supposed to have credit reports," says Velasquez. "It is compiled based on your behavior in the lending and credit world." Any credit involves a contract and minors are not legally allowed to sign contracts. In addition, according to the Credit Card Act of 2009, anyone under 21 needs a co-signer just to get a credit card, unless they can document they have the income to repay the debt. There are exceptions, of course. A family may add an older child as an authorized user on their credit card. If the parent has good credit, the older child can "piggy-back" on this and gain some of that positive credit history. But not all cards report that activity on the minor's behalf to the credit agencies.

To thieves, a child's Social Security number can be golden, because they can launch a credit file from scratch. "It is the long game," says Velasquez of these thieves. "They make a credit inquiry and they keep building it, basically creating a fake person, when the real person is three or five or 14." If that happens, your child may go to get her first driver's license and find out she already has several citations and unpaid parking tickets. Or when he goes to get a student loan for college, lenders may tell him his credit was destroyed years ago with unpaid bills and maxed out credit cards. "We have to have a mechanism for parents to be proactive rather than reactive," says Velasquez. "We have to be able to shut off access to this file." One way is for credit reporting agencies to create credit files for minors who aren't immediately going to use them, just so their parents and guardians can freeze them. Currently nearly half the states in the U.S. have laws mandating that a bureau creates a credit file for a minor, according to the U.S. Public Interest Research Group. To ensure this happens for your child you need to contact the three credit reporting agencies directly. Ask them to create a credit report. And then immediately put a freeze on it.

Equifax, TransUnion and Experian will create a file at your request and may charge a fee for the freeze based on your state. Activating your child's credit report and freezing it can be arduous. It often cannot be done online. You will likely be asked to put copies of a bunch of personal documents in the mail and send it off to the credit agencies—something not everyone is comfortable with. One reason the logistical lift is heavier is because it can often be a family member who will steal a child's identity. Also, the agencies need to confirm not only the child's identity, but that you, as a parent or guardian, have the authority to monitor it.

Looking For Red Flags And Shutting Down Fraud

If your child receives pre-approved credit card appeals in the mail, it may raise your suspicions, but it isn't cause to freak out. Their name may have been scraped from a bank account or college fund. But if a credit card bill, a collection notice, a jury summons or other mail that should be directed at an adult arrives in your child's name, there is reason to be alarmed. "We get desensitized to looking at all the mail coming in and we may say 'Oh, it's just a mailer or an ad,'" says Velasquez. "But it may be the bank or medical office trying to let you know there's a problem." Child identity theft is a crime of opportunity, says Velasquez. And it is only not through sophisticated data breaches that they are at risk, but also through carelessness and over-sharing by the people that hold their information—parents, guardians and institutions. In addition to not carrying your child's documents, like Social Security cards, birth certificates or medical forms, in a purse or bag that is one misstep away from being exposed or stolen, Velasquez suggests parents never give their child's Social Security number unless it's mandatory. Certainly some school, government and medical programs require a child's social security number. But always ask if it is completely necessary. "You can feel empowered to ask that question," says Velasquez. "If they say it is required, you can also ask, "How are you protecting that information?" Written by Anna Bahney for CNN. The-CNN-Wire ™ & © 2017 Cable News Network, Inc., a Time Warner Company. All rights reserved.