Apple's iOS 11 update: The good, the bad and the ugly 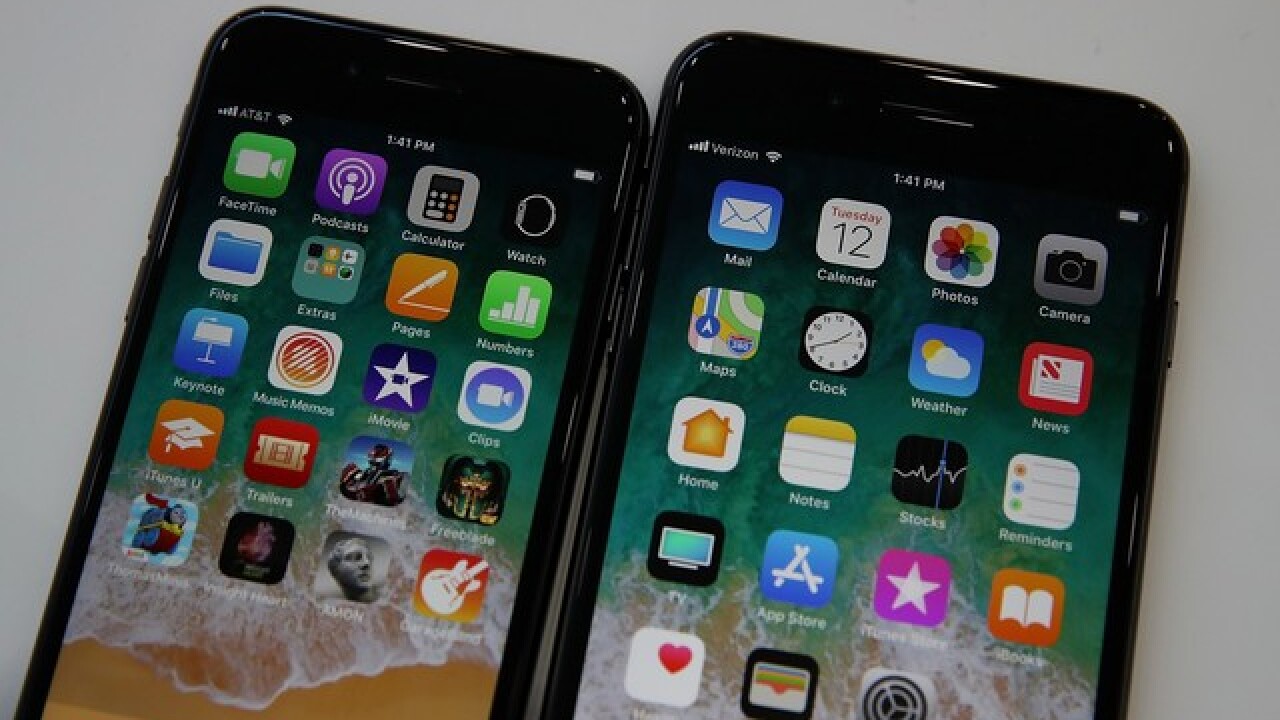 Millions of people are about to update the most essential device in their lives -- their iPhone -- to Apple's new iOS operating system, iOS 11. Should you take the plunge and do it now, or wait until all the reviews are in, and all the bugs are out?

Some iPhone owners, like Ally Knestrict, have a few concerns. While having lunch outdoors, she was reading reviews, and decided she would wait a few days. "I might hold off and wait a few days just to see what the issues are, and if it works well," she said. She had already heard of some problems with battery life. Others in the lunch crowd said they heard that it needs a lot of free space to download. Janelle Bagneski said, "I won't have enough space on my phone, if it requires two gigabytes." She is correct. So we compiled the pros and cons of Apple's newest iOS.

The look: iOS 11 is not as dramatic an update as iOS 9 and 10 were, when the whole look changed, and there was a learning curve. You will immediately notice some new looks, especially of the app store, and your options at the bottom of messages. Control Center: The control center is much simpler to use than iOS 10, which gave you three screens to swipe between. Now, music, flashlight, and the icons for Bluetooth and WiFi are all there on one screen, just like on Android phones. It's customizable, so you can change the widgets that appear there. Photos: Apple says the camera is improved, and photos will take up less space due to its new high efficiency image file format (HEIC), which takes up less room than JPEGs. (Though you will still have to option to save them as JPEGs). The Verge explains the file issues in detail. Do Not Disturb: A wonderful new Do Not Disturb improvement now alerts people who text you that you are driving, and cannot text back. You can turn this on or off manually, or with the iPhone 6 or newer, it will do it automatically when it senses you are diving. (Yes, you can turn it off if you are in a bus or a passenger). MetroUK has a good article explaining how this works. Do Not Disturb is just one of several new safety features, according to a good review in The Independent. Siri: The Siri voice assistant has too many improvements to list, but the biggest one is that she will do audio translations into French, Spanish and several other languages. This is a huge improvement for foreign travelers who don't know a word of their new country's language. Maps:  Maps now give more detailed information, and even speed limits of highways, as explained in a report in MacWorld. iPad: The iPad version now lets you easily run multiple screens and apps, making it look more like a Microsoft product (did I just say that?) The website TechDotMatrix lists a number of other good improvements with iOS 11.

Older apps:  iOS 11 no longer supports older 32-bit apps, so if your favorite old app is not 64 bits, you will have to update or delete it. iPhone 5:  If you are still using a four- or five-year-old iPhone 5, you cannot download iOS 11 (here's a full list of devices that are compatible). It will work on the iPhone 5s, though some users report it slows the phone down. (If you still have the iPhone 4, you shouldn't be even reading this column. Please buy a new phone, then get back to me). I have a 5s, and so far everything is fine, though the phone feels a bit slower opening apps. Photo compatibility: The new HEIC photo format (to save space) may not be compatible with PCs and Microsoft-based photo editors without conversion to JPEG files. The Verge has a good writeup on this.  Microsoft Exchange issues: While we are talking Microsoft, some users report problems with the Exchange for iOS app, and with Outlook 365. I have not noticed this problem on my iPhone 5s, with the update.

Battery Drain: Really, there's not much ugly with iOS 11, unless you find it dramatically draining your battery, as some early users report. Gotta Be Mobile explains what to do if your battery is now running down fast. Apple forums are already filled with suggestions for improving battery life if this happens, such as shutting off automatic app refreshing. Not enough space: Also, keep in mind you need two gigs of free space to install the update. If you have an older iPhone with lots of videos on it, you may have to delete some videos or music. One hour download: Anticipate the whole download, updating and installation to take an hour on average. Don't try to do it on the fly, like 20 minutes before an important meeting (as I tried to do, oops). Also, there is a 10-minute period late in the installation process where you cannot use your phone at all, as all you will see is a slow bar moving. So it is best to do the update at home, at night, when there is no urgency. Finally, you may want to have the phone plugged in during the update, or you'll be stunned how much battery power that one-hour process will take. I was down to 25 percent at the end of the update. Glad I had a spare power cord in my desk. Otherwise enjoy, and don't waste your money.