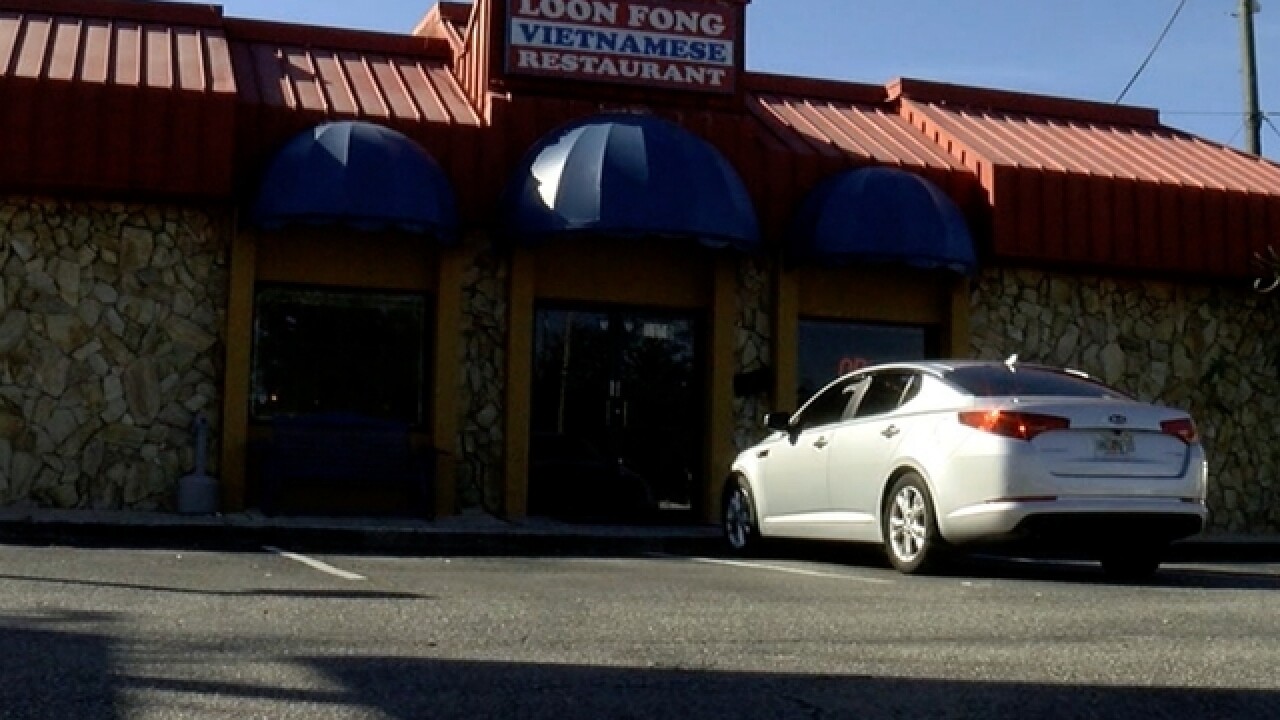 PINELLAS PARK, Fla. -- We walked into Loon Fong Vietnamese Restaurant at 8150 North 49 Street and quickly met Ung Thanh Ma, who has owned the restaurant for 28 years.

"You can come in," Thanh Ma said right away.

"Yeah, don't worry," he responded, as he led us into the kitchen.

And despite inspectors shutting down the Pinellas Park restaurant twice recently for rodents, Thanh Ma had nothing to hide.

On December 14, inspectors temporarily shut down the restaurant after finding 126 rodent droppings all over the kitchen including in and around the microwave, on top of the hot water heater, on a rolling cart near food, on a shelf, on top of containers holding utensils and rodent bait not contained in a covered, tamper-resistant bait station.

Then just two weeks later, the state closed the Vietnamese restaurant again for 20 hours, after seeing 92 more rodent droppings under a shelf, in the dry storage area, in front of a freezer, on the AC unit, dish area, under the hand wash sink, on the prep table, behind the fish tank area, in the dining room, and on top of the paper towel dispenser.

They also saw holes in the walls.

This was after the restaurant was warned about rodents nine months before that.

So Thanh Ma walked us around the kitchen, pointing out the repairs he made and the metal cages he used to catch the rodents himself.

"I put the chemical in the ceiling," Thanh Ma explained.

"You put the chemical in the ceiling and that worked?" Ryan asked.

And we saw raw fish being unloaded from a pick up truck.

"What kind of fish is that?" Ryan asked.

But with the owner's English difficult to understand, his employee Khang Nguyen helped communicate.

"You painted it and you filled the holes?" Ryan asked.

"Filled the walls and the ceiling," he explained.

But inspectors discovered other violations over the last few months too documenting evidence of roaches, food not marked with a date, food at dangerous temperatures and more.

"Food stored on the floor, employees weren't properly trained, cross contamination with raw beef over tofu, did they go through some of the food safety issues?" Ryan asked Nguyen.

And Thanh Ma says he did everything the inspector asked him to do.

"So is the food safe? Is everything safe to eat?"