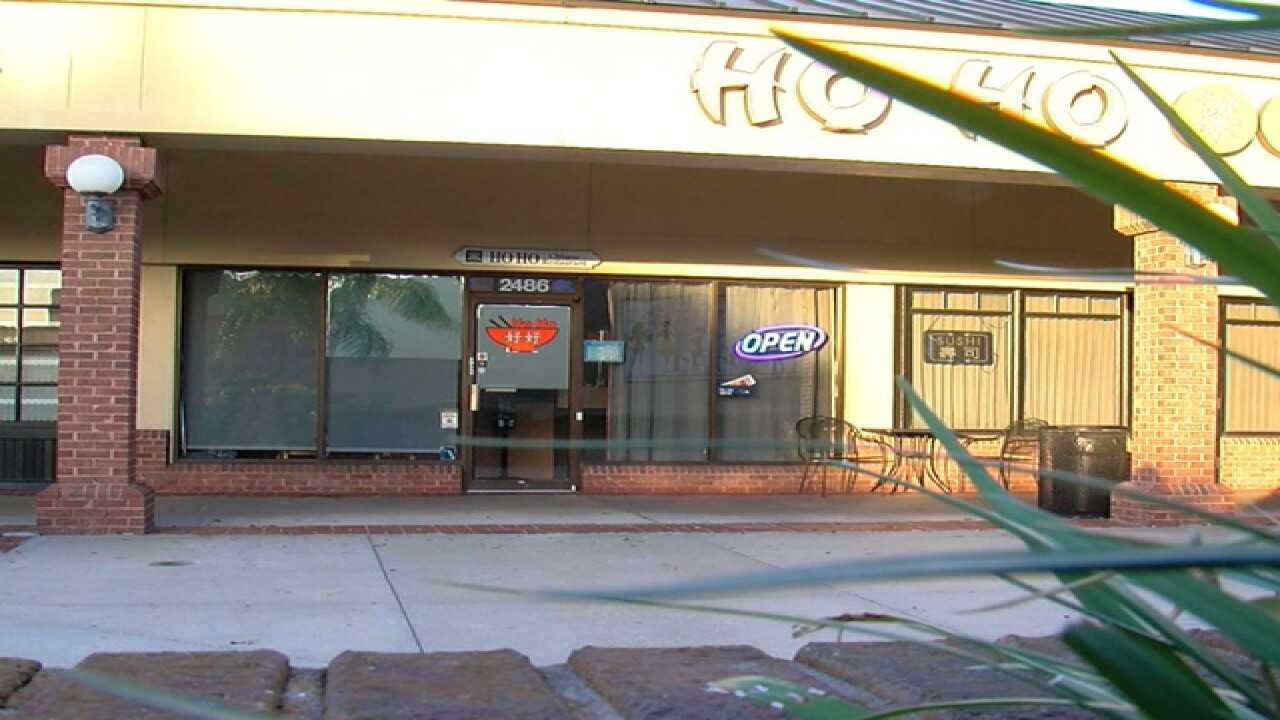 By: Wendy Ryan
Posted at 11:00 PM, Sep 06, 2016
Ben Rose eats a lot of Chinese food.
"You like Chinese food?" asked ABC Action News anchor Wendy Ryan.
"Yeah, like five times a week," Ben answered.
"You eat Chinese food five times a week?" Ryan questioned him again.
"Yeah, almost pure salt in my veins," Ben joked.
And despite all that Chinese food consumption, he's never eaten at Ho Ho Chinese Restaurant in Brandon.
"This particular place was just shut down for a rodent and roach problem," Ryan explained to Ben.
"Oh good for me then I guess," Ben said.
The popular Chinese place on 2486 West Brandon Blvd. had to close down for over 21 hours on August 11, after inspectors found evidence of rodents, seeing over 40 rodent droppings under the prep table and in the soda station area along with live roaches near the dishes.
When Ryan went inside Ho Ho's Restaurant, she met Fuqiang Zhang, the manager on duty during that emergency closure.
Zhang's name was on all the signed inspection reports.
"Did you know you had any kind of rodent problem or roach problem?" Ryan asked.
"Yeah sometimes. We call the pest control. They do a very nice job. So they don't find anything," Zhang explained.
But our I-Team uncovered it wasn't the first time inspectors shut down the restaurant.
A year and a half ago, the state closed Ho Ho's again for rodent activity after finding almost 200 rodent droppings in various parts of the kitchen and too many to count near the flour storage area.
"So everything is fine now?" Ryan asked.
"Yes," Zhang answered.
Other serious violations documented recently?
Vermin present near the back door, cooked pork and shelled eggs sitting out at room temperature, a stop sale on chopped pork and bean sprouts because of more dangerous temperatures and employees not washing their hands.
Still Zhang feels confident about his kitchen conditions.
"But you think it's safe to eat here?" Ryan asks.
"Yeah, of course. I promise," Zhang says.
But that promise might be too late for Ben.
"So would you try this place out? Will you go?" Ryan asks.
"No, of course not," Ben says emphatically.
Copyright 2016 Scripps Media, Inc. All rights reserved. This material may not be published, broadcast, rewritten, or redistributed.