Dirty Dining: Caddy's on Central temporarily shut down two times in one month for rodents 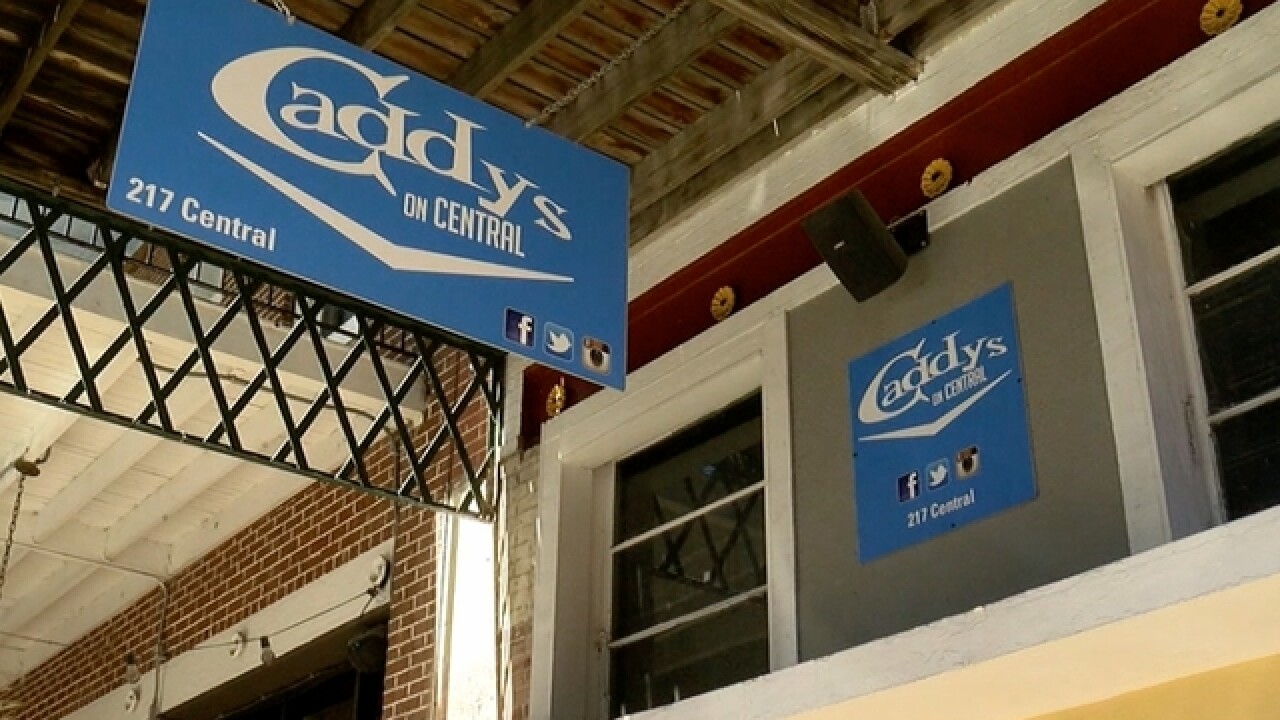 We met Ariel Williams right outside 'Caddy's On Central' at 217 Central Avenue in St. Petersburg and found out quickly, she's a fan of the place.

"It was good. I had a salad the last time I went. It was really good. I like it," Ariel said.

But Ariel had no idea the restaurant was forced to close not once but twice in December because of rodents.

"That makes me not want to go at all, to hear that they have rodents," Ariel said.

On December 7, state inspectors saw over 95 rodent droppings near the cook's line, soda fountain machine and other parts of the kitchen, shutting down Caddy's for 26-hours.

Then just two weeks later on December 26, Caddy's was forced to close again for 23 hours after more than 70 rodent droppings were spotted.

This after inspectors warned the restaurant about their rodent problem six months before that in June.

So we walked inside Caddy's to get some answers and met General Manager Dennis Clarke.

Clarke said he's worked there for about a year.

"Did you know that there was that bad of a rodent problem?" Ryan asked.

"No comment on anything right now. You can talk to our owners. They can get ahold of you," Clarke said.

"They'll be the ones who make any statements as far as this is concerned," Clarke explained.

But the restaurant had other issues too with the state serving up three stop sales over the last few weeks due to food that could make you sick.

In early December, 20 pounds of ice used for drinks had to be tossed out because the ice bin was soiled with hair and plastic containers were stored on top of the ice.

Also whipped cream had to be destroyed for being two weeks old.

Then later that month, five pounds of expired fish spread and two pounds of old coconut rice all had to be thrown out.

Then in January, a third stop sale of 40 mozzarella sticks, 25 filets of raw haddock, two pounds of raw Mahi and two pounds of cut tomatoes were issued because all of those items were at dangerous temperatures.

"What about the temperature violations?" Ryan asked Clarke.

"I'm not speaking on anything," Clarke said.

And despite 135 violations documented in just seven months from June of 2017 to January of 2018, Clarke still had no comment.

"You can't say anything?" Ryan asked.

"Were you aware of the conditions?" Ryan further pressed him.

And Ariel is still not sure about returning.

"Would you go back?" Ryan asked.

"If I knew it was ok," she responded.

In regards to your request for a statement about the recent Health Inspections at Caddy's on Central.

On two occasions Caddy's on Central was temporarily closed by the state health inspector.  As I am sure you are aware, Caddy's is one of numerous establishments temporarily closed down.  The downtown area has been fighting a major battle with pests and rodents over the past year.  At Caddy's on Central, that is compounded by the fact that we are one of the few restaurants that has apartments above it and that the building is well over 100 years old.

For the past 6 months we have been working closely with our pest elimination company to make sure our establishment is pest free.  Our plan started with over $3,000 in exclusion work to seal up the building so nothing could enter from the back alley way or surrounding construction areas.   We are being diligent in our efforts moving forward, which include continued exclusion work along with an aggressive extermination plan provided by our pest control company who are on site a minimum of three times per week. We have reports from them if you would like copies.   There is also the issue with the City's trash compactor which is frequently out of service, leaving garbage from several businesses piled up on the ground surrounding it.

This past issue is still our number one priority.  We continue to make sure that pests and rodents from the back alley and the construction areas surrounding us are not anywhere near our establishment.

In regards to the most recent stop sales of potentially dangerous food:  To keep our kitchen as clean as we can, we hired a company to come out routinely to steam clean the floors.  They were out the night before the last inspection and accidentally unplugged a cooler on the line.  All food was thrown out.  To make sure that never happens again, we now move all items out of the coolers on the line and store them in the walk-in cooler at night.

We would also like to mention that on our most recent full inspection, there were only two basic violations - floor tiles and threshold to freezer. There were no food, pest or employee training issues.