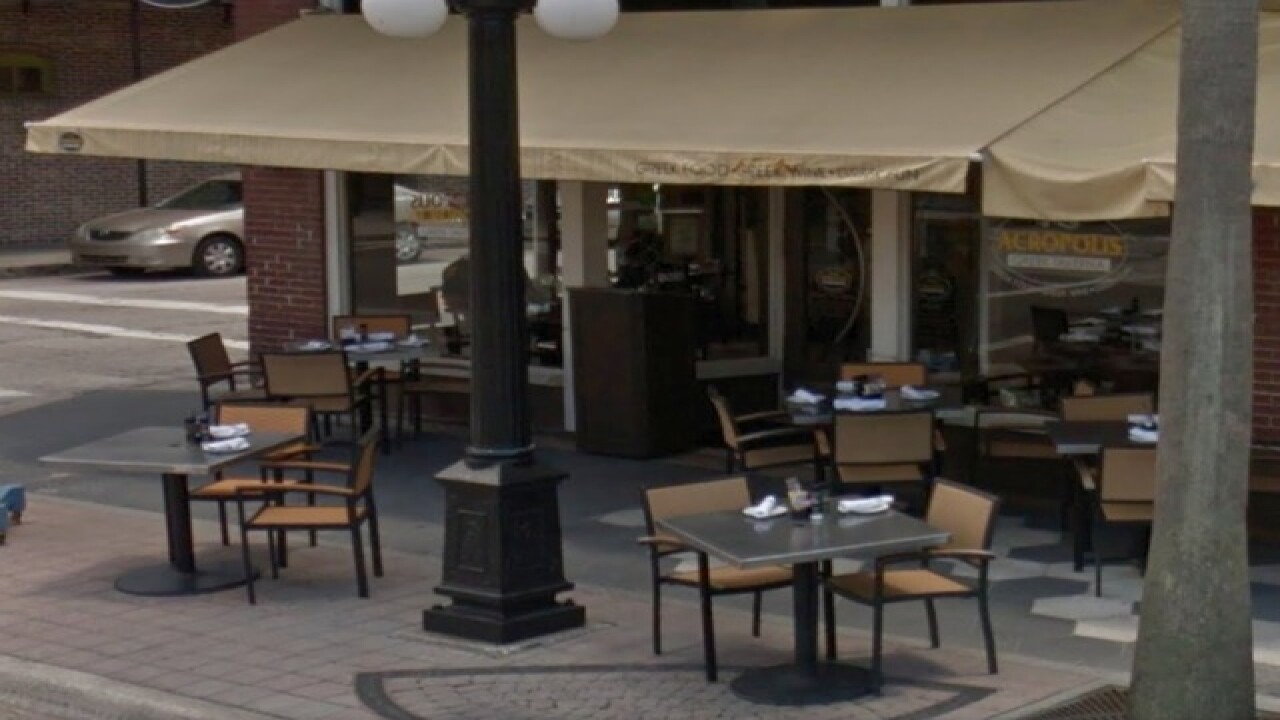 Once again there was no dancing on tables inside the historic Ybor City's entertainment district last week after Acropolis Greek Taverna at 1833 East 7th Avenue was shut down for a second time by the state.

Our ABC Action News I-Team uncovered that on November 8, the state temporarily shut down the kitchen after finding roach activity present. There were live and dead roaches near the dish area sink, by soda bags and under the reach in freezer.

Inspectors also discovered sewage/wastewater backing up through floor drains in the kitchen where employees walk through and track through the area which is approximately 15 feet by 15 feet.

And it's not the first time inspectors shut down this popular Greek Restaurant.

Other high priority violations discovered last week include food temperature issues that could make you sick and it's a repeat violation for Acropolis.

All cold food should be 41 degrees Fahrenheit or below.

Other food in the process of reheating for hot holding had not reached 165 degrees Fahrenheit after more than 2 hours. Red sauce was at 125-142° F.

Other food violations include squid thawing in standing water and Gyro meat sliced from cone cooking on rotisserie did not undergo a secondary cook step to ensure all parts, internal and external, reach a minimum temperature of 155 degrees Fahrenheit.

Raw animal food not properly separated from ready-to-eat food, raw shrimp and scallops were behind seafood pasta sauce, raw chicken was stored over stuffed mushrooms, and Greek dressing with raw egg was sitting over cooked bread.

The state also discovered an accumulation of black/green mold-like substance inside the food processor lid, employees failed to wash hands, employees touched soiled surfaces and then engaged in food preparation without washing their hands and employees touching ready-to-eat food with their bare hands.

Waez told Ryan that he feels the state inspector is unfairly picking on his restaurant and she's constantly threatening to shut it down.

Waez says he saw the sewage coming through the drains and immediately called a plumber, who was working on it when the inspector arrived.

But Waez explained that the inspector called Tallahassee for the restaurant to be temporarily closed anyway because of the health hazard.

Waez has asked the Division of Hotels and Restaurants for a different inspector from now on.


Copyright 2016 Scripps Media, Inc. All rights reserved. This material may not be published, broadcast, rewritten, or redistributed.