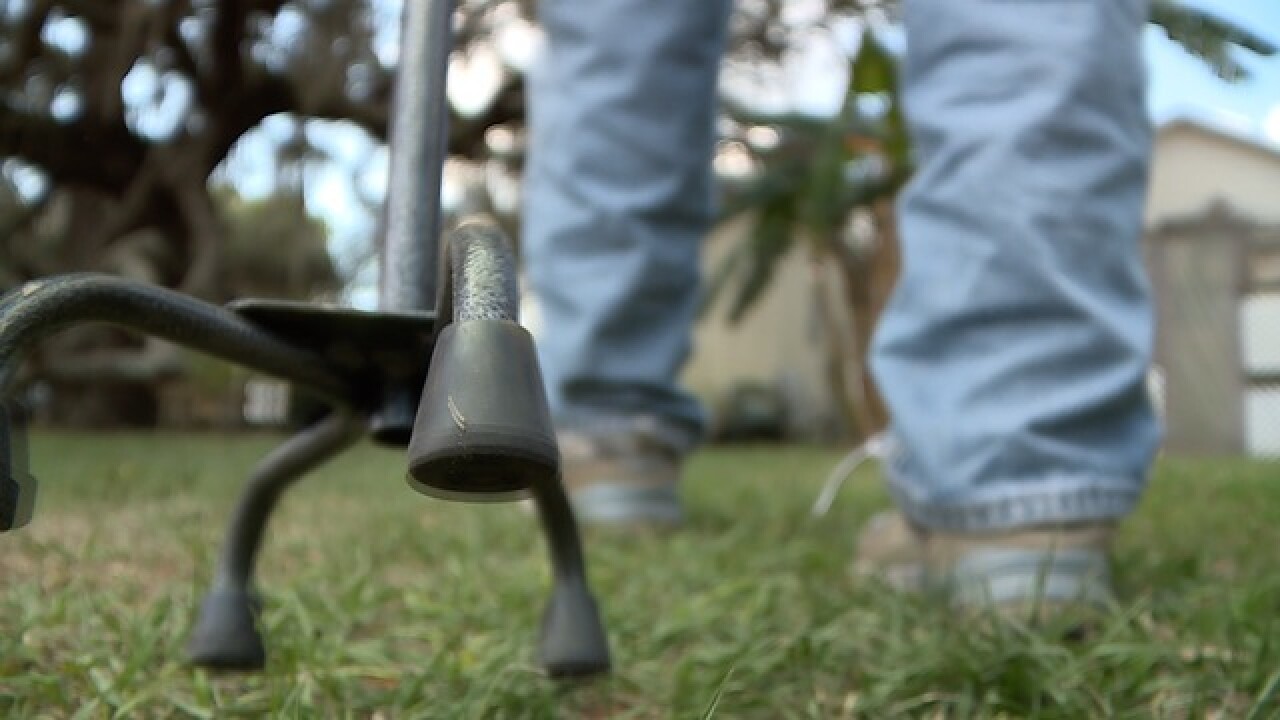 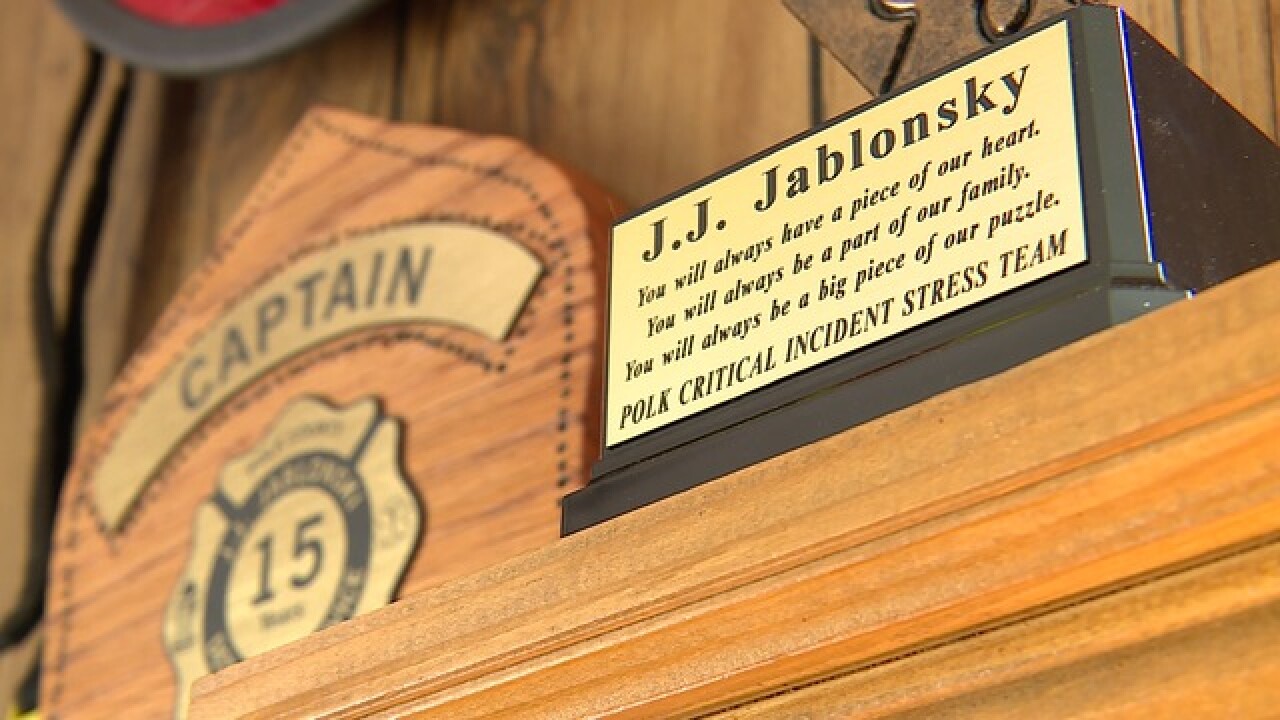 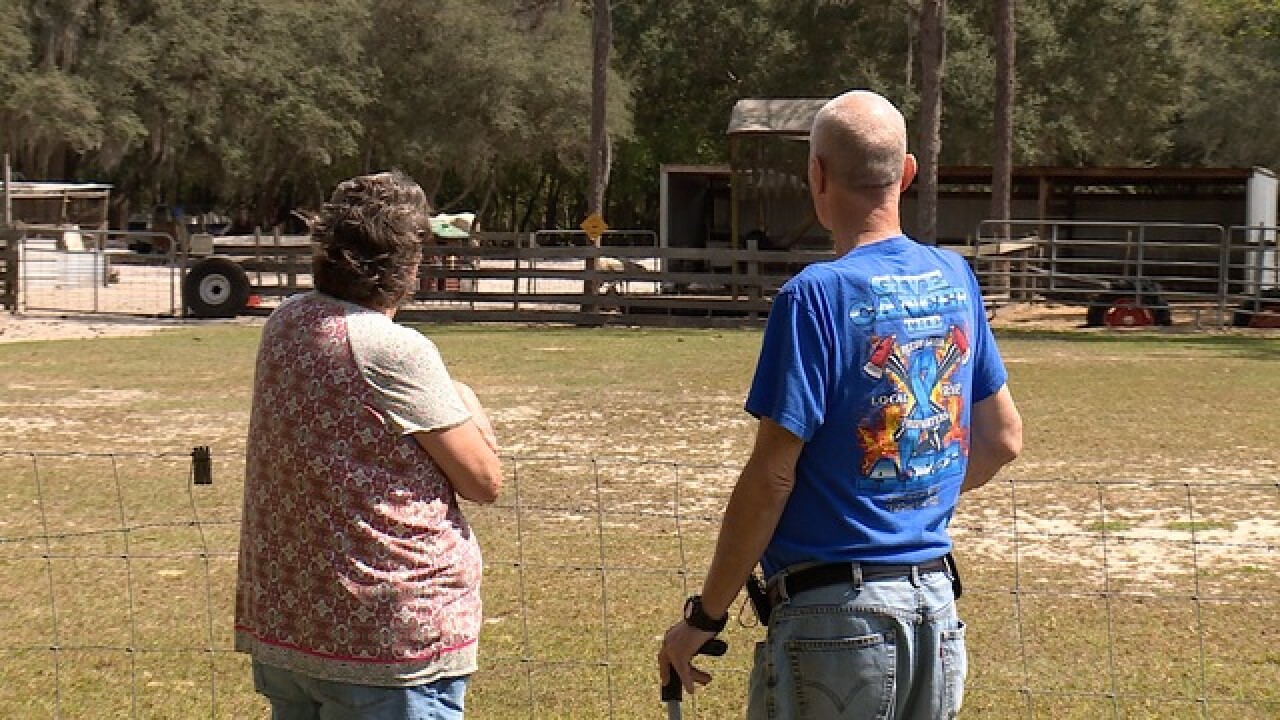 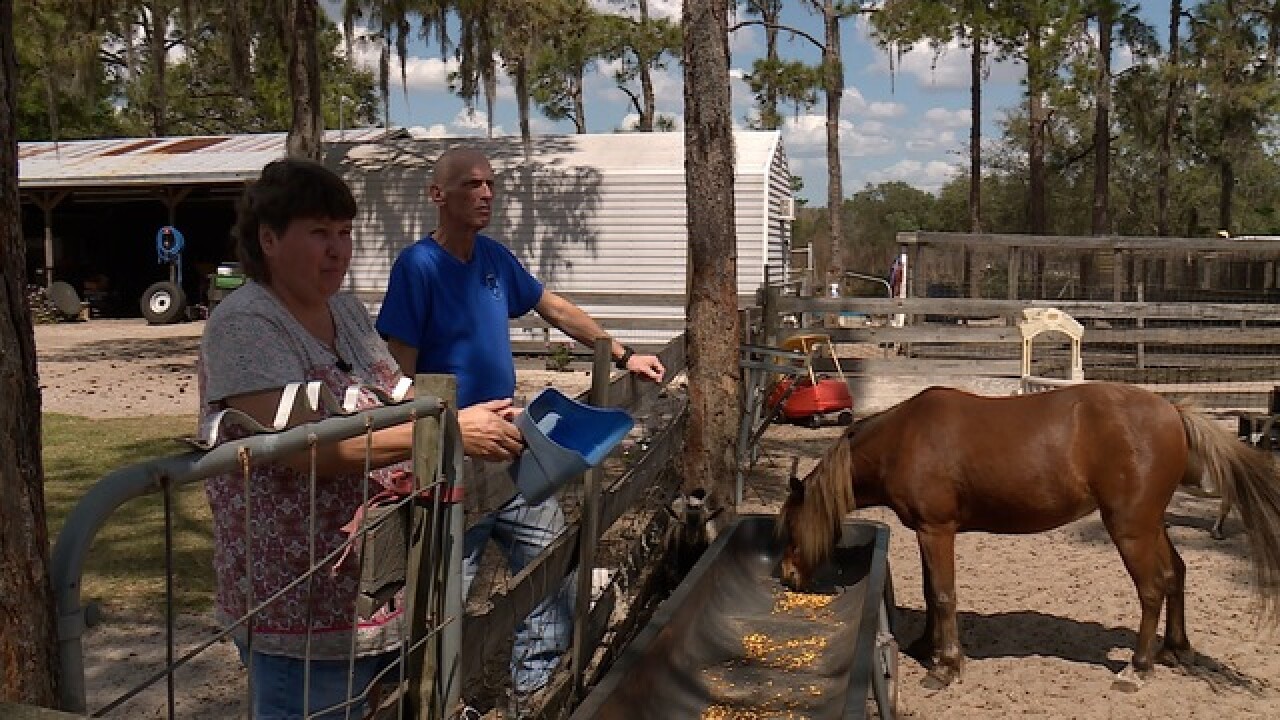 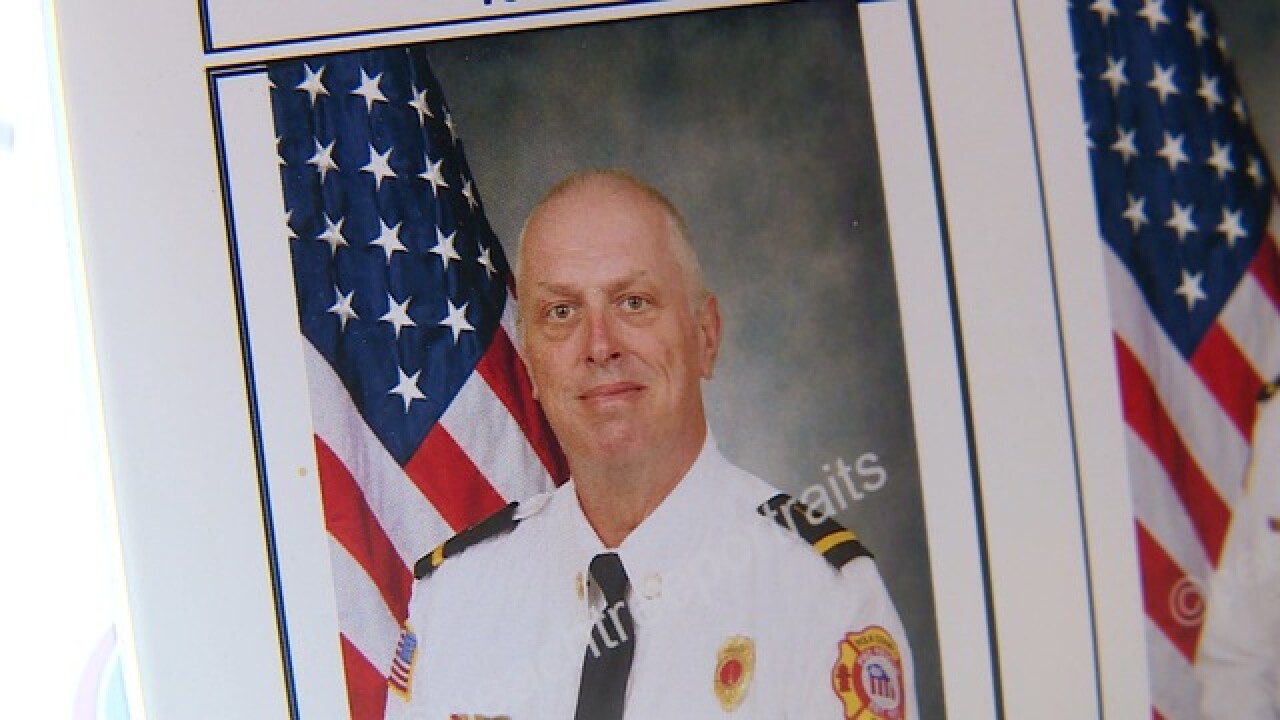 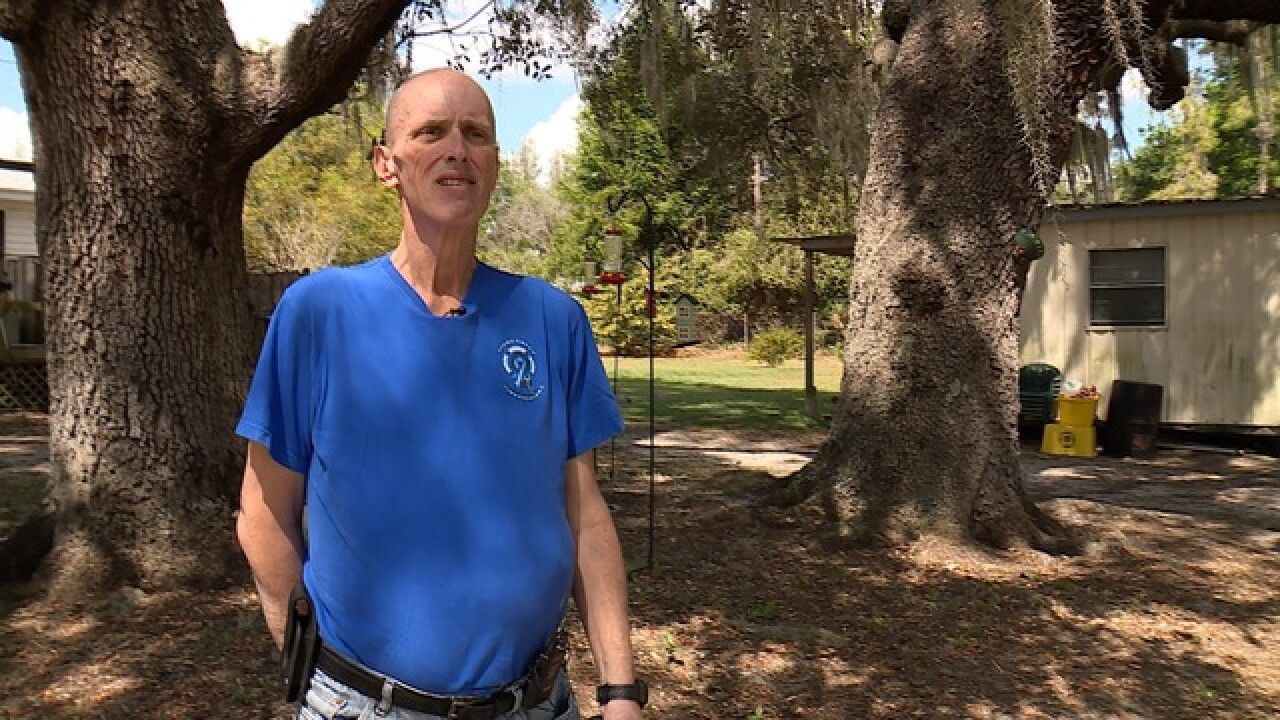 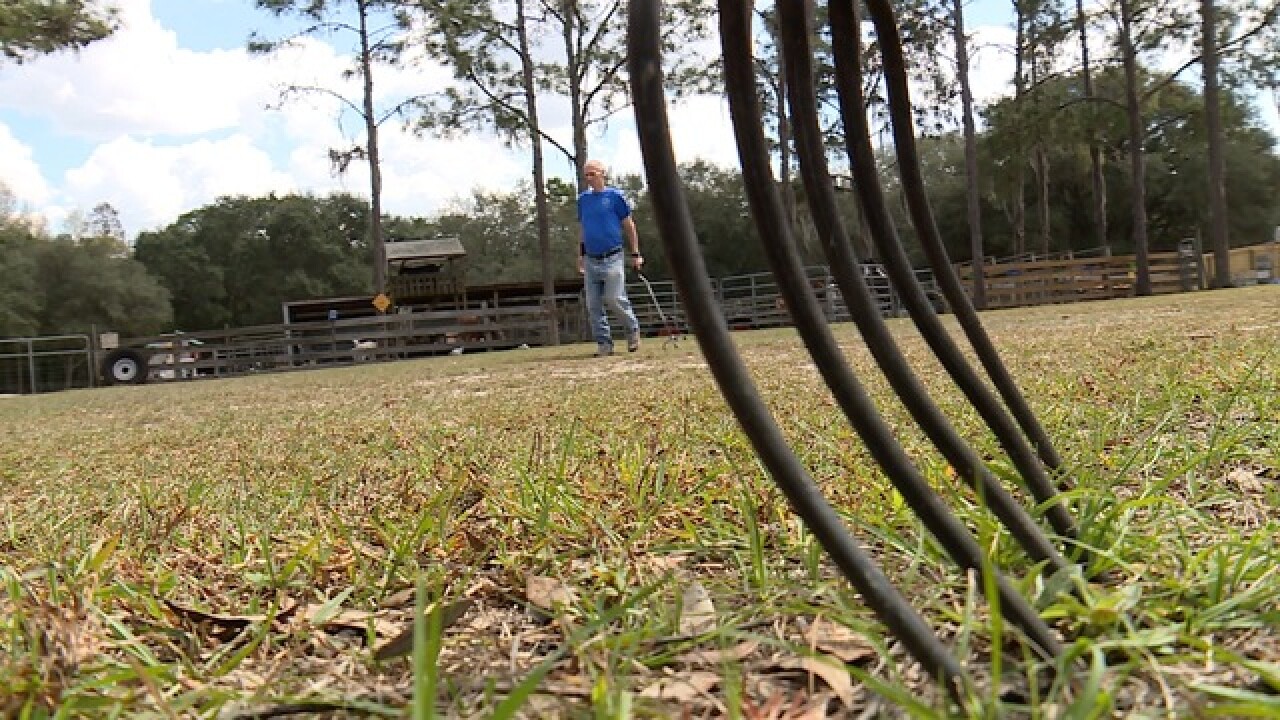 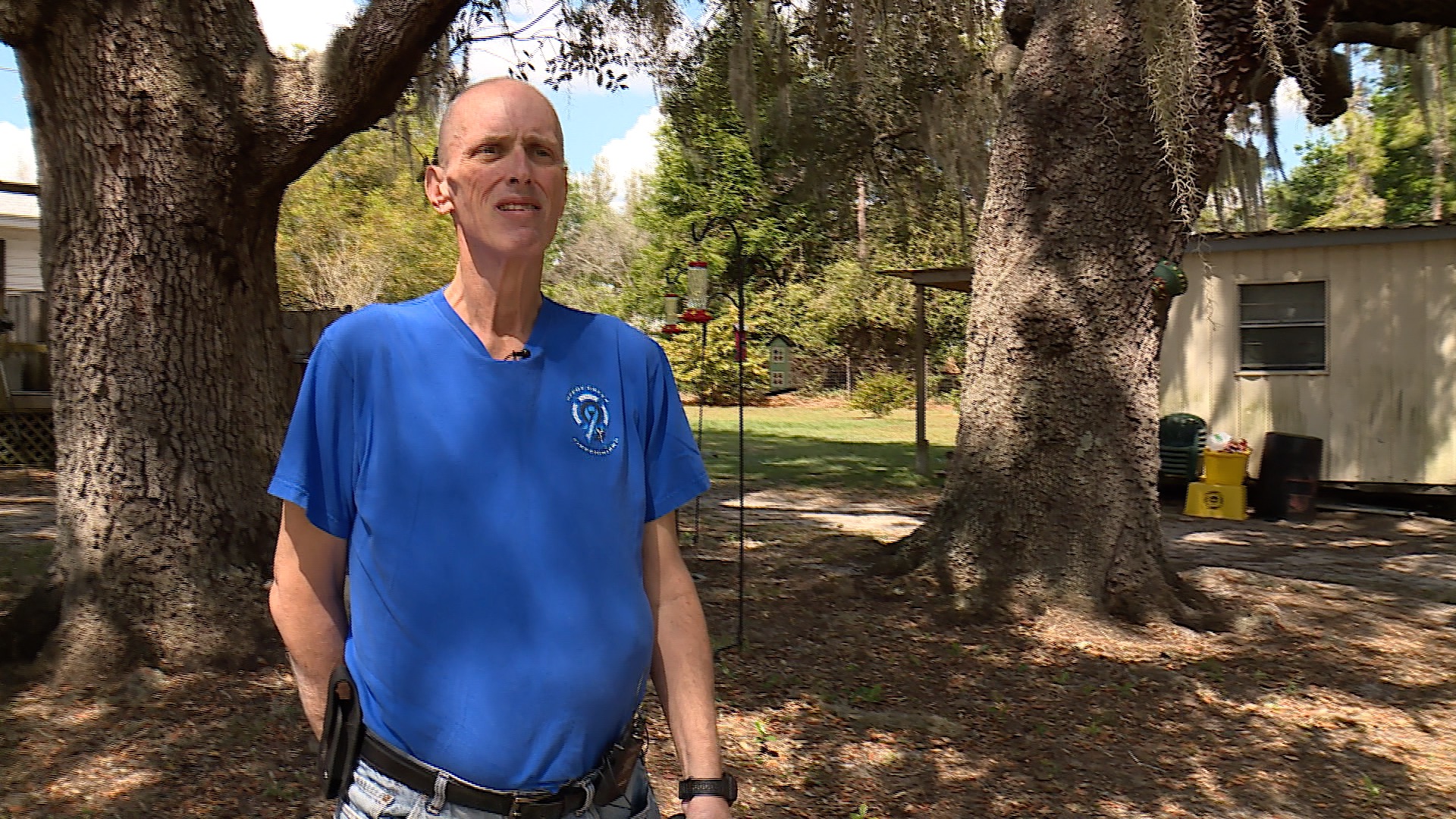 Tucked away from the city in Polk County is a slice of Florida country.

On this farm, the number of animals have grown over time.

But time hasn't been so kind to it's creator, JJ Jablonsky.

"The [doctor] said you got 5 years that's it," he told us recently. That was nearly 5 years ago.

A career long firefighter, JJ was diagnosed with colon cancer in 2012.

"It's like somebody dropped a dump truck on my head," he said.

JJ beat it a little over a year later.

"The oncologist told me I was cured."

Until it came back with a vengeance.

"The first words out of my mouth, how bad, is it," he said.  "It was all over the place, probably twice as worse as the first time," JJ explained.

The job he loved to death, JJ believes, is now taking him closer to death. "Without a doubt," he told us.

It's no coincidence JJ and his wife wanted to share his story around the same time lawmakers are set to decide if firefighters with certain cancers should get added benefits. JJ says a cancer bill could have helped them cut various out-of-pocket costs associated with his cancer treatment, including travel costs when he went to the the Moffitt Cancer Center in Tampa.

While a bill has been introduced in both the House  HB 143  and Senate  SB 158  the bills must pass a number of committees before it can be heard on the floor. Last year, the bill failed to garner enough support. This years bills have been revised and are more restrictive. See our previous coverage .

"What would I tell lawmakers? What are you waiting for? How many other firefighters? It's not fair," said Deb.

"We took at 3-week vacation. Saw a lot of family in the northeast. Pulled out all the stops."

After nearly four decades on the job, he officially retired from the Polk County Fire and Rescue last month, about a week after being promoted to captain.

"Now it's just seeing how things go," he said.

Watch our previous stories on the presumption bill

Links to other state investigations