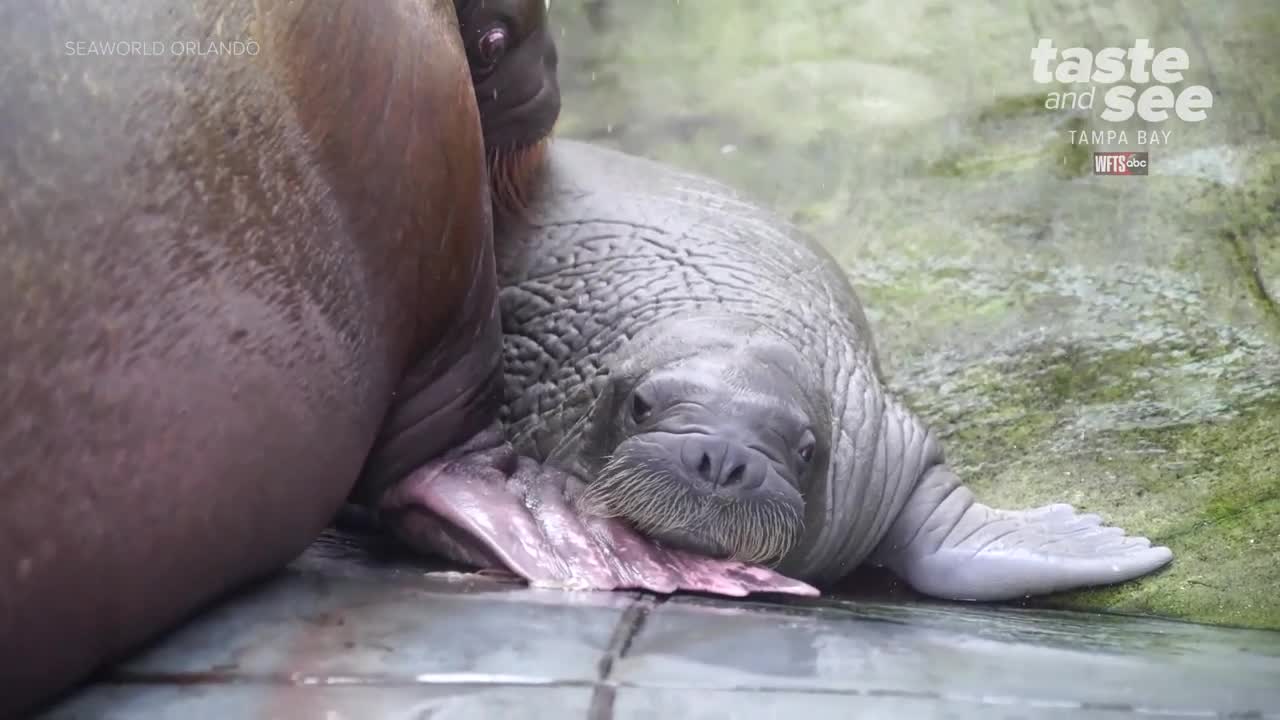 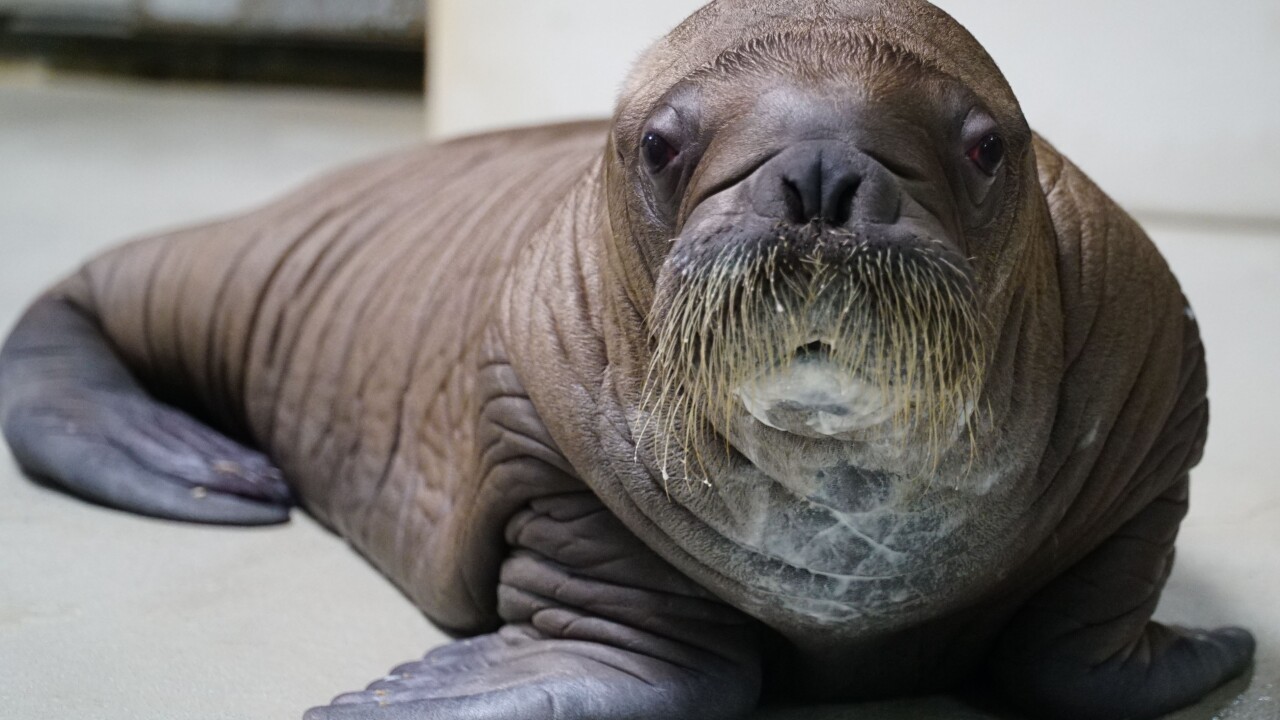 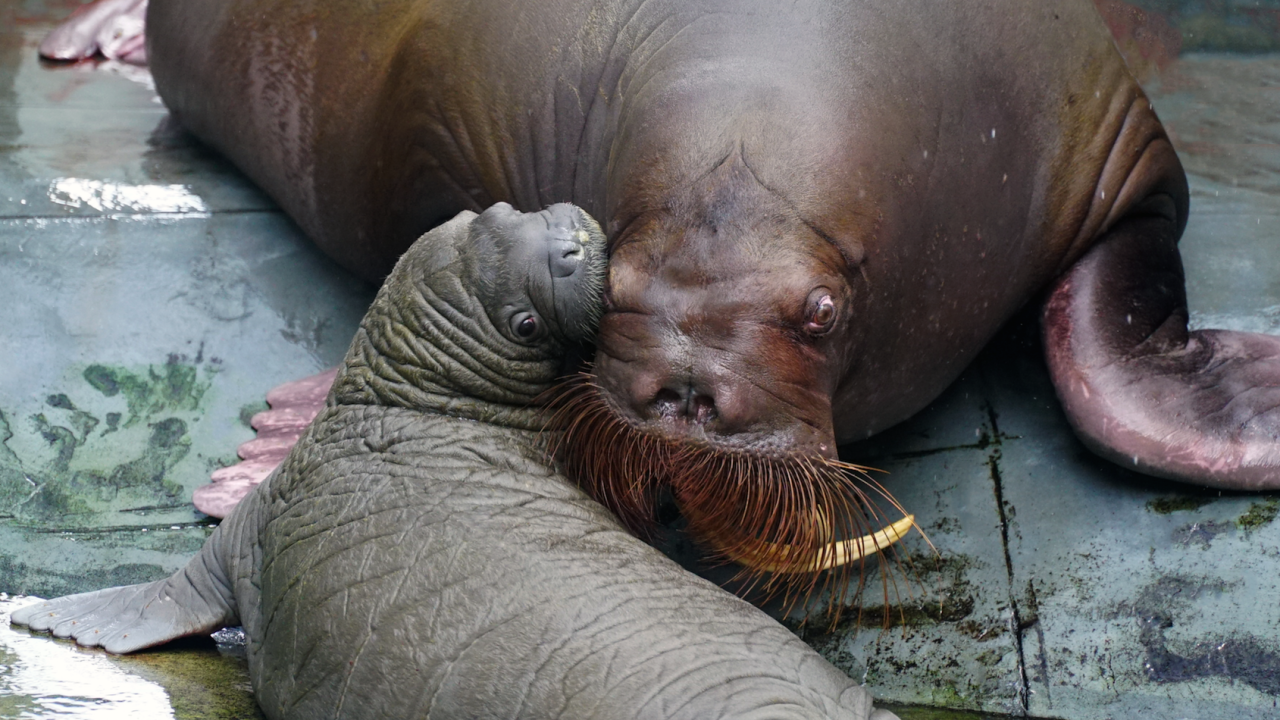 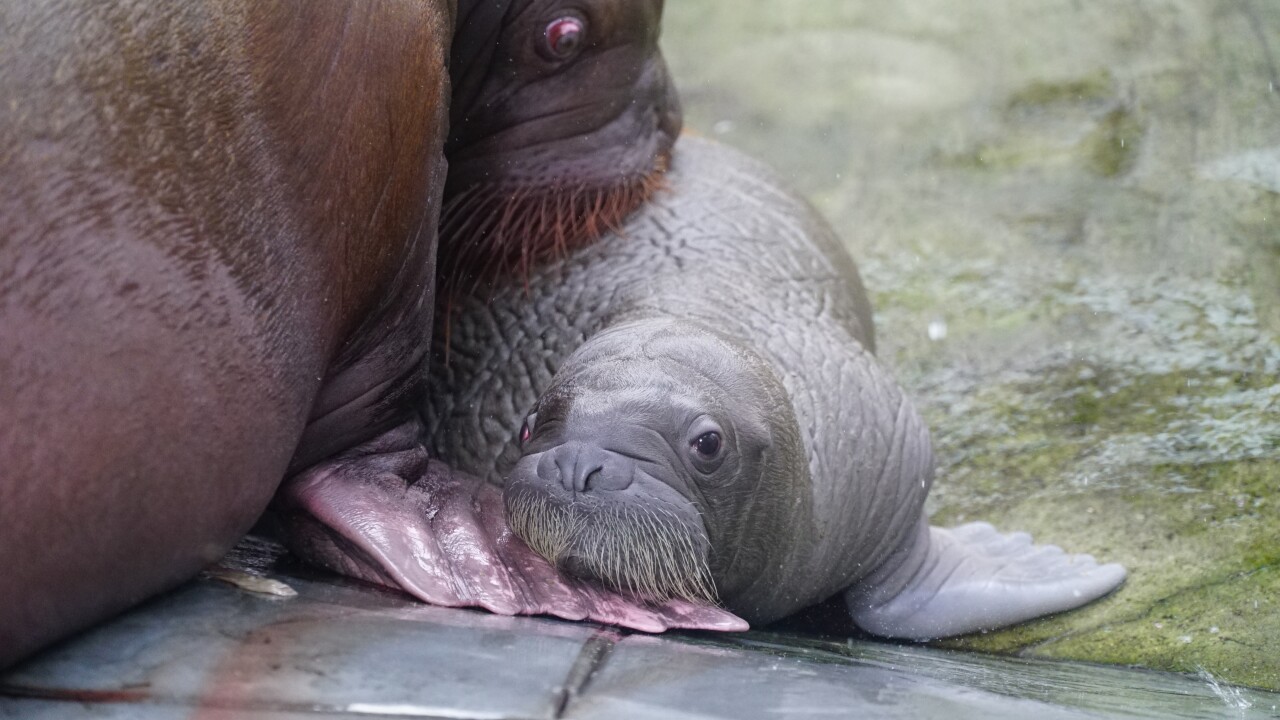 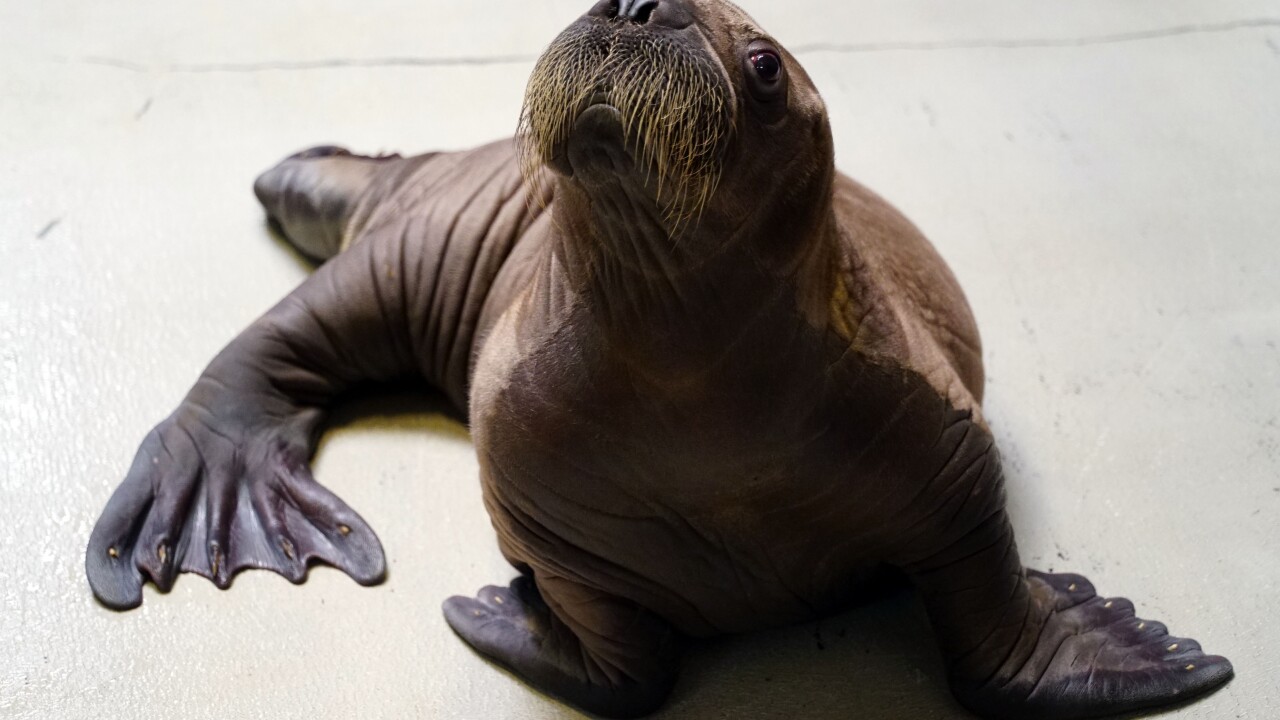 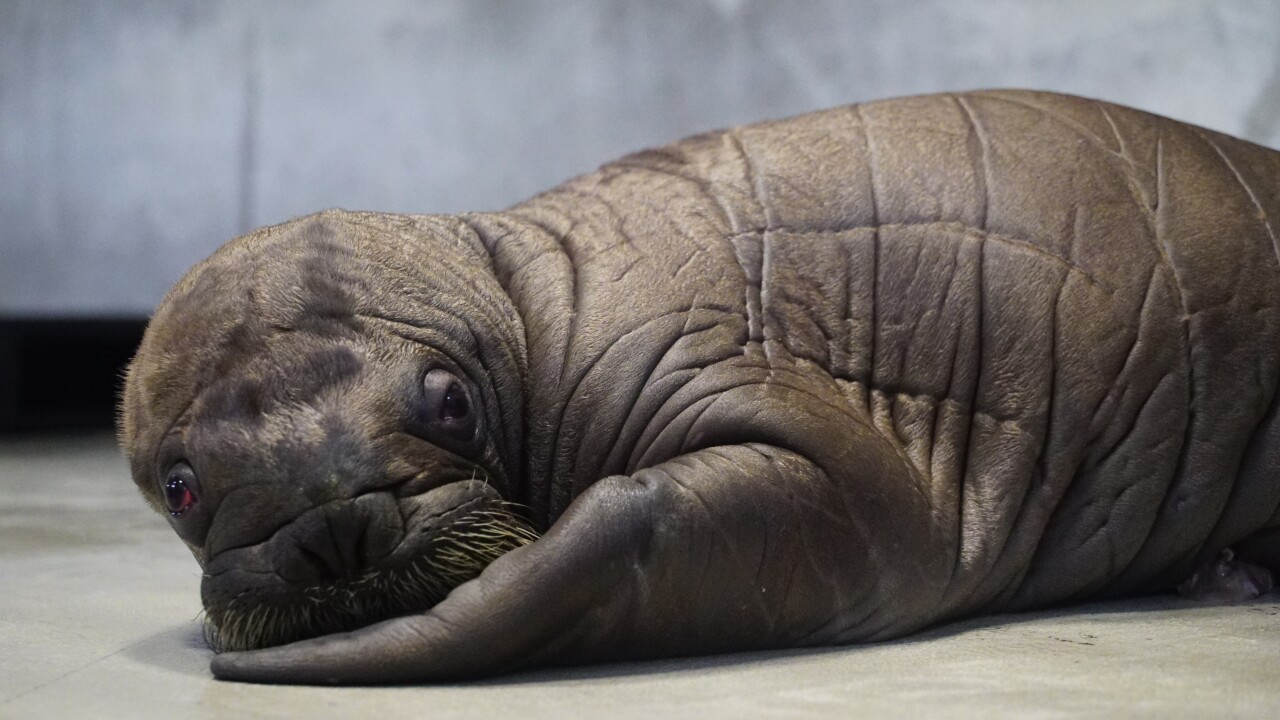 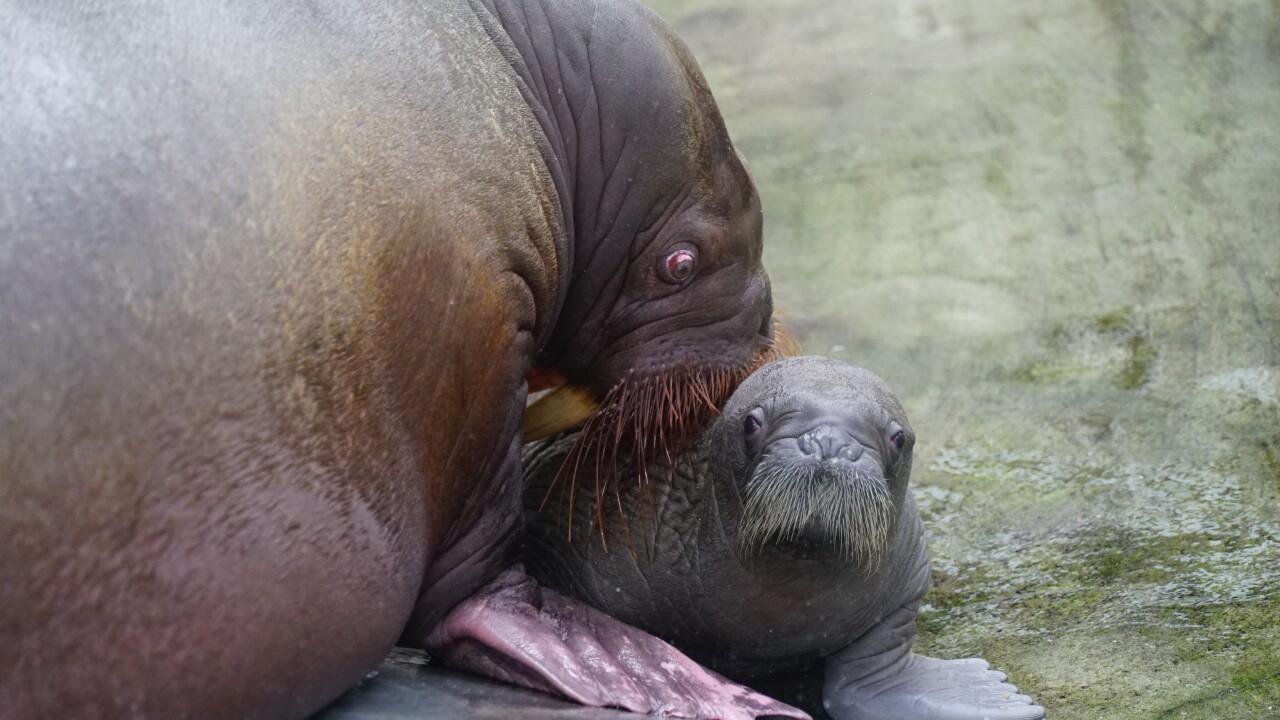 A female Pacific walrus calf was born on July 3, to mom Kaboodle and dad Garfield. This is Kaboodle’s second calf and the second calf born at SeaWorld Orlando.

Both Kaboodle and her calf are doing well.

Under the watchful eyes of attentive animal care teams, it was determined that Kaboodle was not lactating and the calf had not received critical early nutrition.

The team made the decision to intervene and is now providing 24-hour care including eight bottle feedings a day, socialization and companionship, providing the opportunity for the calf to thrive.

“I am incredibly proud to watch our teams in action as they provide world-class care for Kaboodle and her calf,” said Gus Antorcha, CEO of SeaWorld Parks. “Our talented veterinarians and animal experts gave the best in prenatal care for Kaboodle, and now ongoing, round-the-clock care of mom and calf.”

In SeaWorld’s 55-year history of animal care, only four walrus calves have been born.

With the permission of the U.S. Fish and Wildlife Service, SeaWorld Orlando has raised 10 orphaned walrus calves throughout the past 50 years, including the new calf’s father, Garfield.

Kaboodle and her calf remain behind the scenes during these first important weeks as the baby continues to gain weight and learn to swim.

Guests to the park can still see the other residents of Wild Arctic, including more walruses and beluga whales.

· Walrus gestation is 15–16 months.
· Kaboodle gained approximately 300 pounds during her pregnancy.
· Newborn calves weigh 99–165 pounds and are 3–4 feet long.
· Kaboodle’s calf should gain 1.5–2 pounds per day and 4–6 inches each month.
· Walrus milk is composed of fat, protein and water, providing rich nutrients for a nursing calf.
· By one month, newborn walruses are strong swimmers.
· Walrus calves are born with whiskers, which aid in detecting the shellfish that are part of their diet.
· Both males and females have large tusks that are used for defense, cutting through ice and getting out of the water.