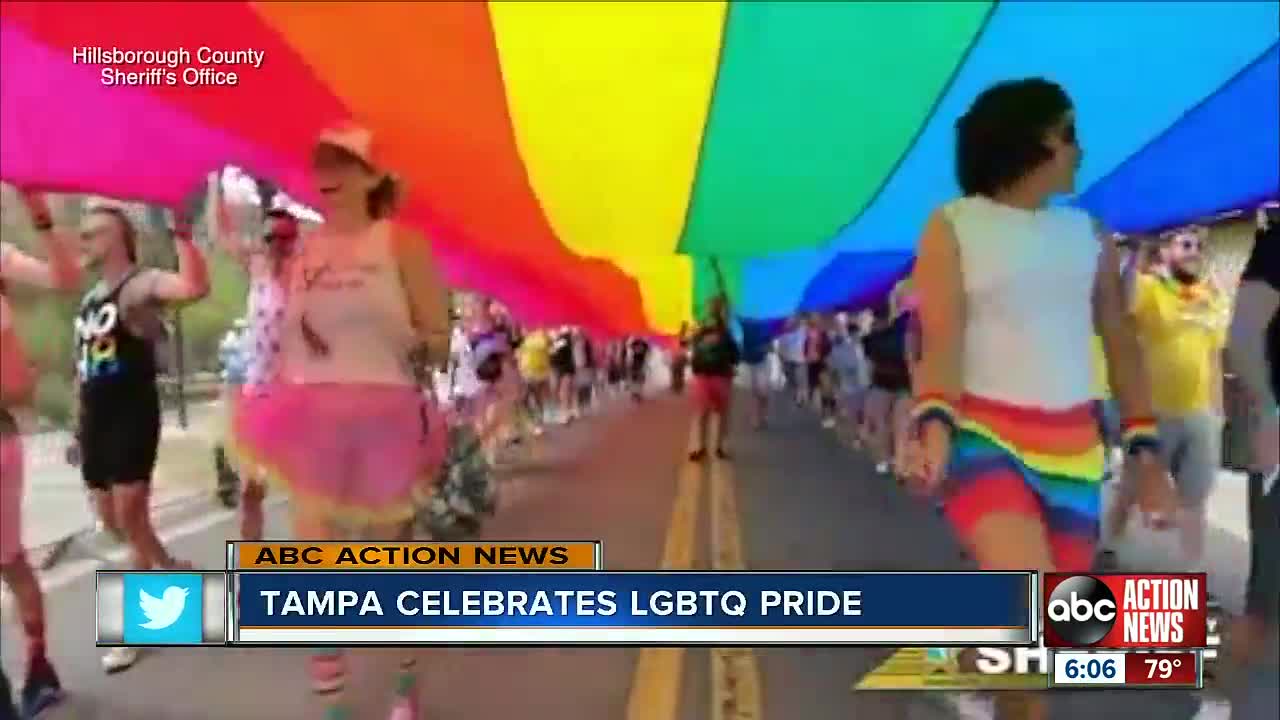 Thousands come out for Tampa Pride 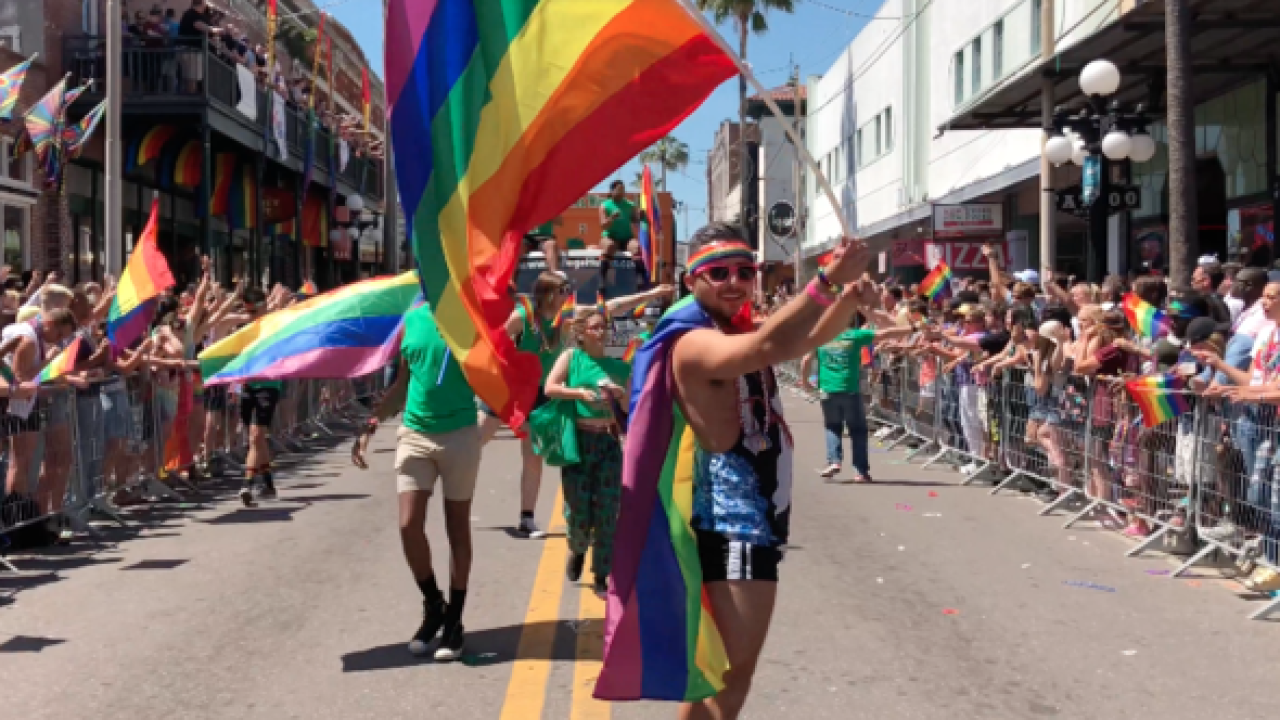 The street festival and entertainment will begin at 9:45 a.m. with a special community tribute at 12 p.m. in front of Centro Ybor.

Join the crowd along historic Ybor to cheer the floats and marching bands as the parade steps off at 1 p.m. along 7th Avenue and Nuccio Parkway.

When the street festival and parade are over, the fun moves indoors! Sponsored bars and restaurants will include specials throughout the night with live music.

Portions of Nuccio Parkway and 7th Avenue will be closed for the Tampa Pride Parade and Festival in Ybor City on March 24. Both directions of 7th Avenue from Nebraska Avenue to 21st Street as well as both directions of Nuccio Parkway from Nebraska Avenue to 8th Avenue will be closed for the festivities from approximately 8 a.m. - 6 p.m. Please use caution when traveling in the area and use the suggested alternate routes to avoid congestion.