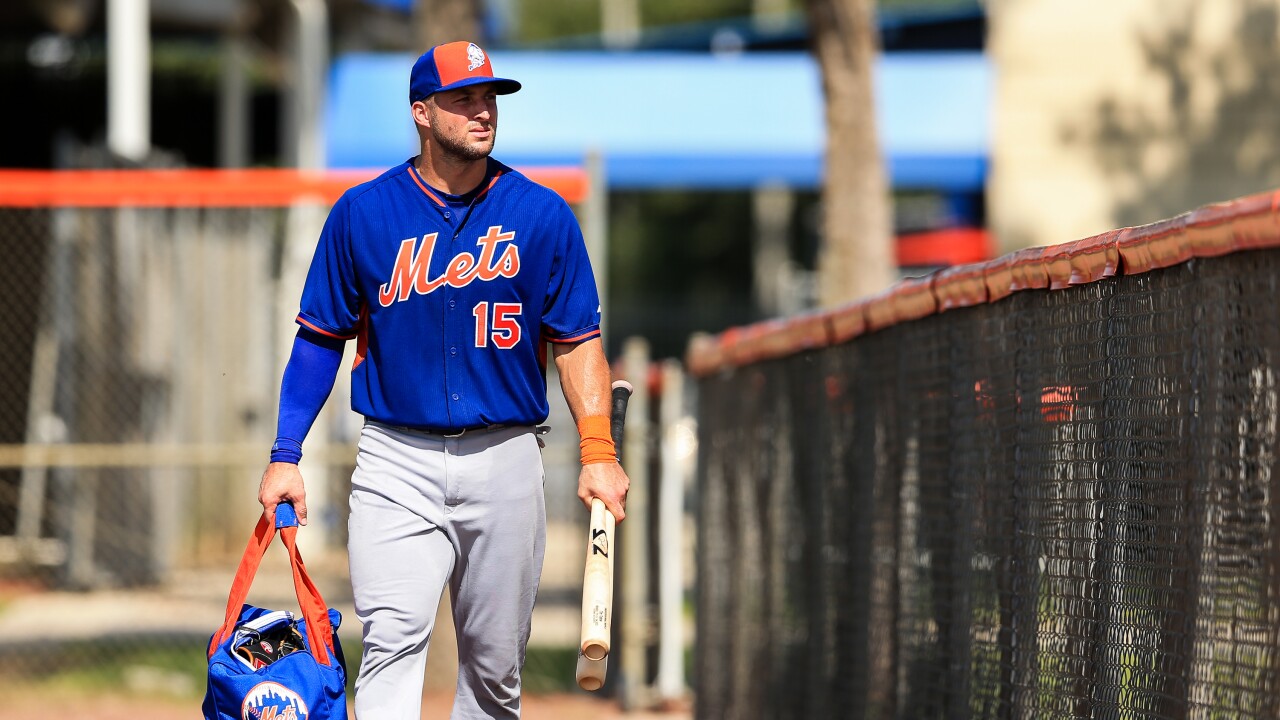 The Mets announced Thursday he is one of 13 additional minor league players with a major league invite.

The fan favorite started his baseball quest in 2016 and has been making his way through the minor league ranks.

Last year he hit .273 with the Mets AA team and even made the All-Star team. However, he missed the rest of the season after suffering a broken bone in his hand.

This is not the first time Tebow has been invited to major league camp for spring training. He had 18 at bats with the big league team in 2018 spring training, but went just 1-for-18 with 11 strikeouts. Back in 2017, he went 4-for-27.

According to Sports Illustrated , in December of 2018, Mets GM Brodie Van Wagenen said Tebow will start 2019 with the Syracuse Chiefs, noting it's just one step away from the big leagues.

The Mets play their spring training games in Port St. Lucie, and will open up against the Atlanta Braves on Feb. 23 at 1:10 p.m.