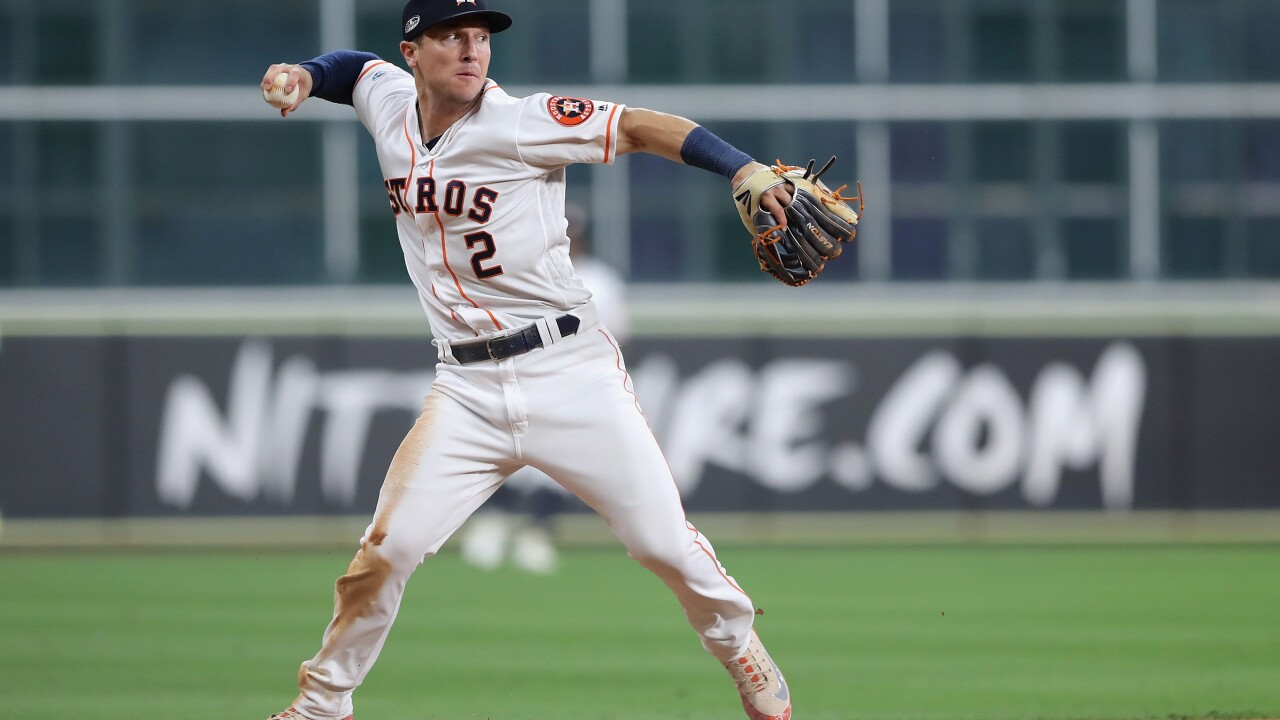 Elsa/Getty Images
HOUSTON, TX - OCTOBER 16: Alex Bregman #2 of the Houston Astros fields a ball in the fourth inning against the Boston Red Sox during Game Three of the American League Championship Series at Minute Maid Park on October 16, 2018 in Houston, Texas. (Photo by Elsa/Getty Images)

A person familiar with the negotiations tells The Associated Press that Mike Trout and the Los Angeles Angels are close to finalizing a $432 million, 12-year contract that would shatter the record for the largest deal in North American sports history.

The deal was disclosed Tuesday by a person familiar with the negotiations.

Trout would top the new $330 million, 12-year contract between Bryce Harper and the Philadelphia Phillies, and his $36 million average annual value would surpass Zack Greinke's $34.4 million in a six-year deal with Arizona that started in 2016.

Progress toward an agreement was first reported by ESPN.

Trout's deal includes a signing bonus and would supersede the $144.5 million, six-year contract that had been set to pay him $66.5 million over the next two seasons.

In other MLB moves:

— A person with direct knowledge of the situation says Alex Bregman and the Houston Astros have agreed on a $100 million, six-year deal that keeps the All-Star third baseman under contract with the team through 2024. The agreement includes this season, buys out three years of arbitration eligibility (2020-22) and pushes back his opportunity to become a free agent by two years.