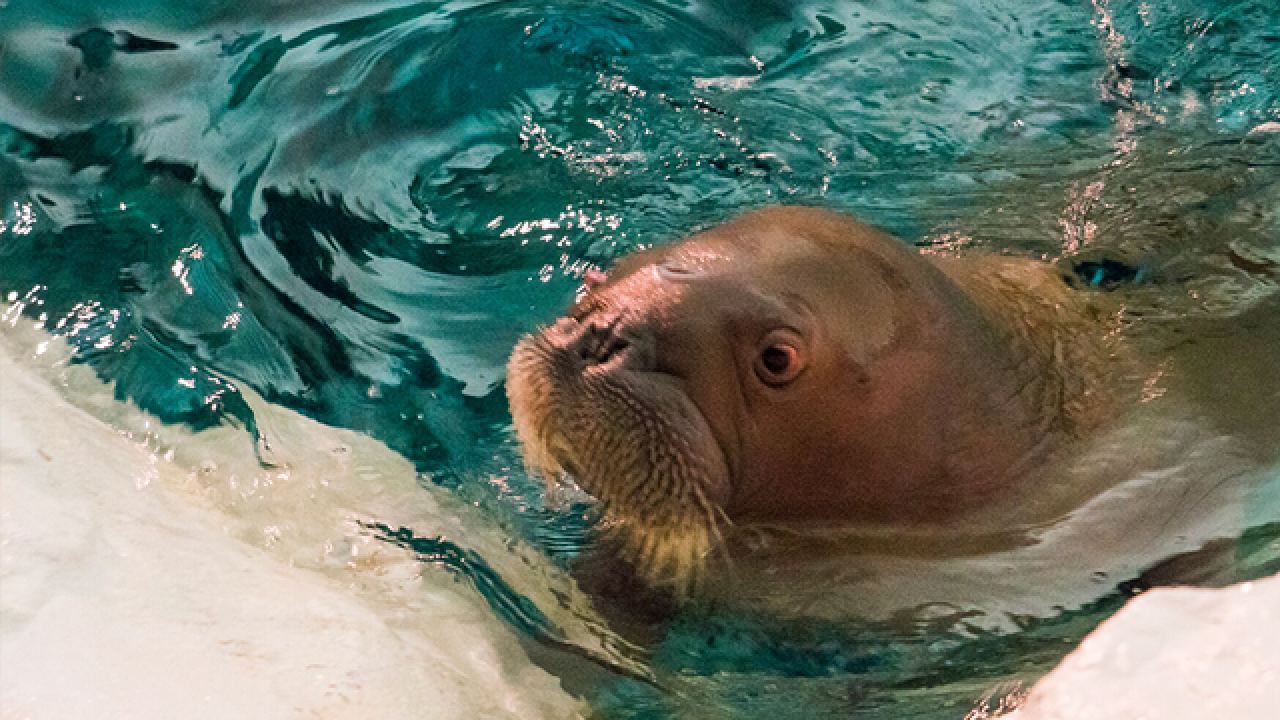 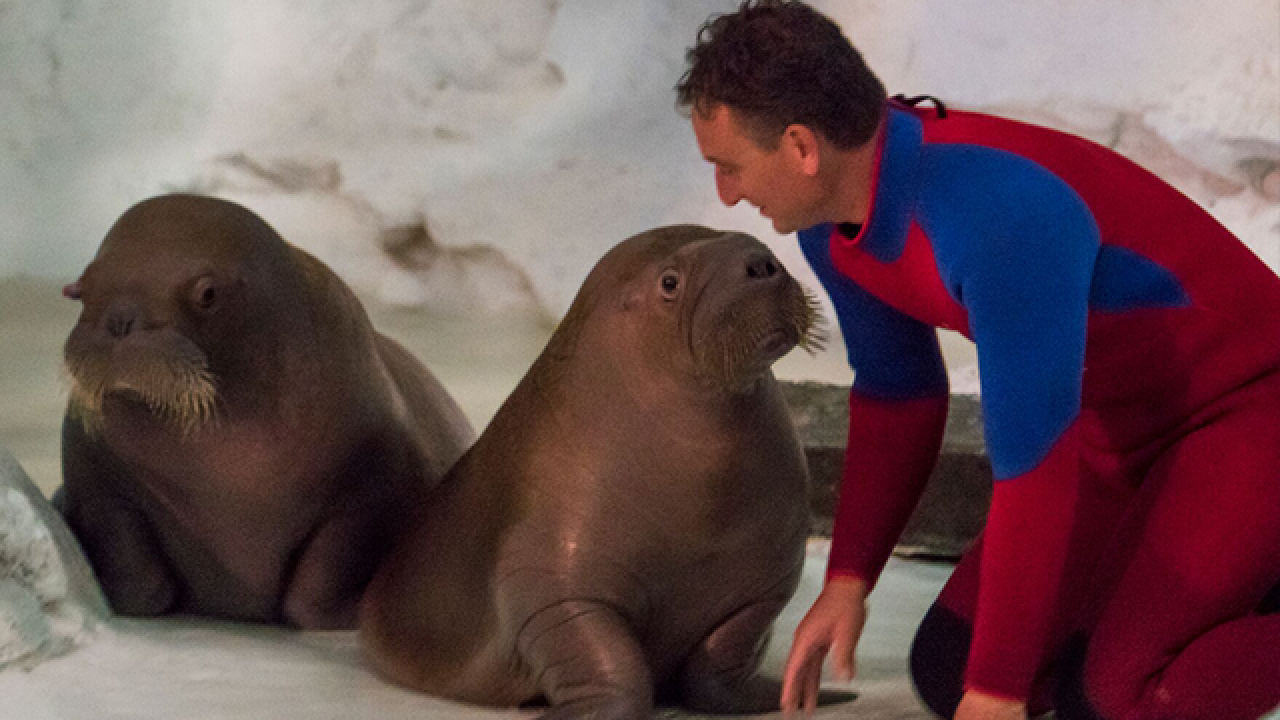 The calves were paired last month after Aku was rescued from a gold mining dredge off the coast of Alaska. Ginger was born at SeaWorld Orlando June 2017.

Officials at the park say the pair have been socializing together and they are receiving around-the-clock care over the past several weeks at their new home.

"Walruses face significant threats in the wild including habitat loss due to declining floating sea ice and a dwindling food supply. SeaWorld hopes the opportunity to see Ginger and Aku at Wild Arctic will inspire park guests to learn more about these incredible animals, the plight of walruses in the wild and what we can all do to help," according to a press release from the park.

Video released by SeaWorld shows Ginger and Aku sliding on their bellies into the chilly pools in their new icy habitat.

Get more information on when you can visit Ginger and Aku here .