Netflix says that 2.7 million Americans are still getting their DVDs in the mail 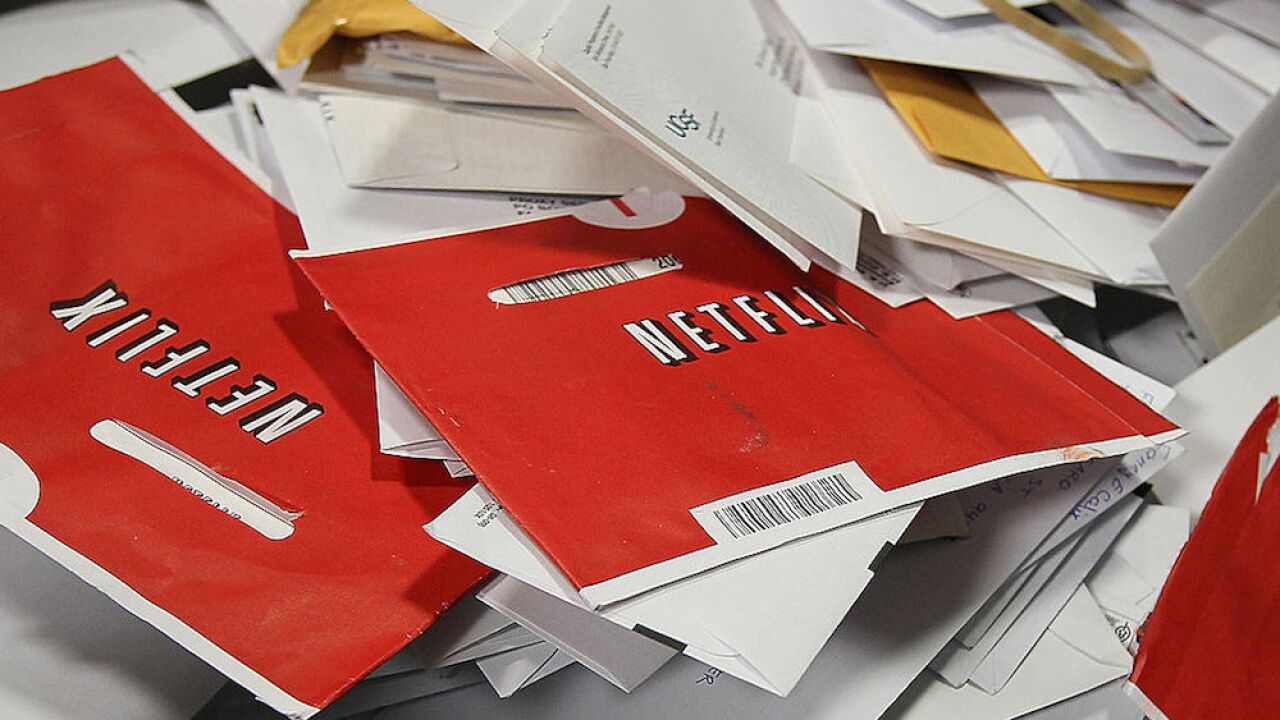 Remember when Netflix used to be a DVD-by-mail company? Well, for 2.7 million subscribers in the US, it still is.

The familiar red envelopes have been arriving in customers' mailboxes since 1998 and helped earn the company a healthy $212 million profit last year.

Why are so many people still using this old-school service in the age of streaming? There are a number of reasons.

Streaming Netflix video requires a lot of bandwidth -- so much so that Netflix consumes 15% of all US internet bandwidth, according to a 2018 industry report.

But many rural areas of the country remain without broadband access. The Federal Communications Commission estimates 24 million Americans fall on the wrong side of this digital divide.

The US Postal Service, however, can reach every ZIP code with those red envelopes.

One such customer is Dana Palmateer, who lives in the Black Hills of South Dakota.

"Streaming movies was a no-go, so I just went with the disc service that Netflix offers," she says. "As all of us are doing it in these parts."

But Netflix also has plenty of DVD customers in urban areas who prefer the service for its convenience and selection of movies, spokeswoman Annie Jung says.

"People assume that our customers must either be super seniors or folks that live in the boonies with no internet access," she says. "Actually, our biggest hot spots are the coasts, like the Bay Area and New York."

Anyone who has perused the digital aisles of their streaming service will know the options can be limited. Netflix streaming reportedly has fewer than 6,000 film and TV titles , while DVD Netflix has about 100,000. (The company won't disclose such figures.)

"The attraction for me is the choice," says Netflix subscriber Rick Byrne, who lives in California and has rented nearly 5,000 discs over the past decade. "There is so much more choice on the DVD service than the streaming."

Netflix's streaming service declined to comment for this story.

There is no one-stop shop for streaming

But there is no equivalent one-stop shop for streaming movies and TV shows. Despite the infinite capacities of the internet, copyright law and economics have precluded this.

Rival media companies such as Disney don't want to share their precious content as they plan to launch their own streaming services. Or if they do, they demand a king's ransom. WarnerMedia (the parent company of CNN) reportedly billed Netflix $100 million to carry episodes of "Friends."

As Netflix increases its focus on TV content, movie fans may feel left out. Netflix says movies take up about one-third of customers' watch time, no matter how many titles they stock. TV shows are its biggest draw, as evident by the vast quantity of original series it produces.

Netflix streams lots of movies. But others are only available on other services such as Amazon or Hulu.

"If you are a film fan, you need to have five or six streaming services," says Matt Booth, who owns the popular video store Videodrome in Atlanta. "Netflix barely has any films from before 2000."

For film buffs, this makes DVD Netflix an attractive option.

"They have the best library of anybody," says DVD Netflix subscriber Andrew Karcher of Whittier, California. "Movies don't just disappear without warning," he adds, referring to how movies and TV shows can vanish from streaming services depending on licensing deals.

The titles in Netflix' DVD library, on the other hand, pretty much stay forever. "We have a truly deep catalog, and we add new movies and shows every single week," Netflix's Jung says.

Some Oscar nominees are not available on streaming

You won't find recent Oscar winners such as "Green Book" or "A Star Is Born" currently streaming on Netflix. Movie studios try to rake in as much cash from DVD sales and rental fees before allowing their films to be streamed.

But DVD Netflix subscribers can watch all the latest Oscar-nominated films. The service has all 90 best picture winners.

"You get to see the new movies when they come out," says Bil Alvernaz of Valley Springs, California, who has been a red-envelope devotee since 2004.

Subscription fatigue may be kicking in

With multiple streaming subscriptions, costs can quickly add up. Netflix, Hulu, Amazon, CBS, YouTube, HBO and now Apple all have streaming offerings, while Disney and WarnerMedia are readying their own.

In addition, one-off rentals on iTunes of new releases such as "Green Book" can cost $5.99 a pop.

Considering all this, it seems less surprising that 2.7 million Americans have stuck with Netflix's DVD service, which begins at $8.99 per month after a recent price hike .

And there's one final reason. A former Netflix employee has said many subscribers still pay for the DVD service, even though they haven't ordered a DVD in a long time. Many have apparently forgotten they still have DVD accounts.