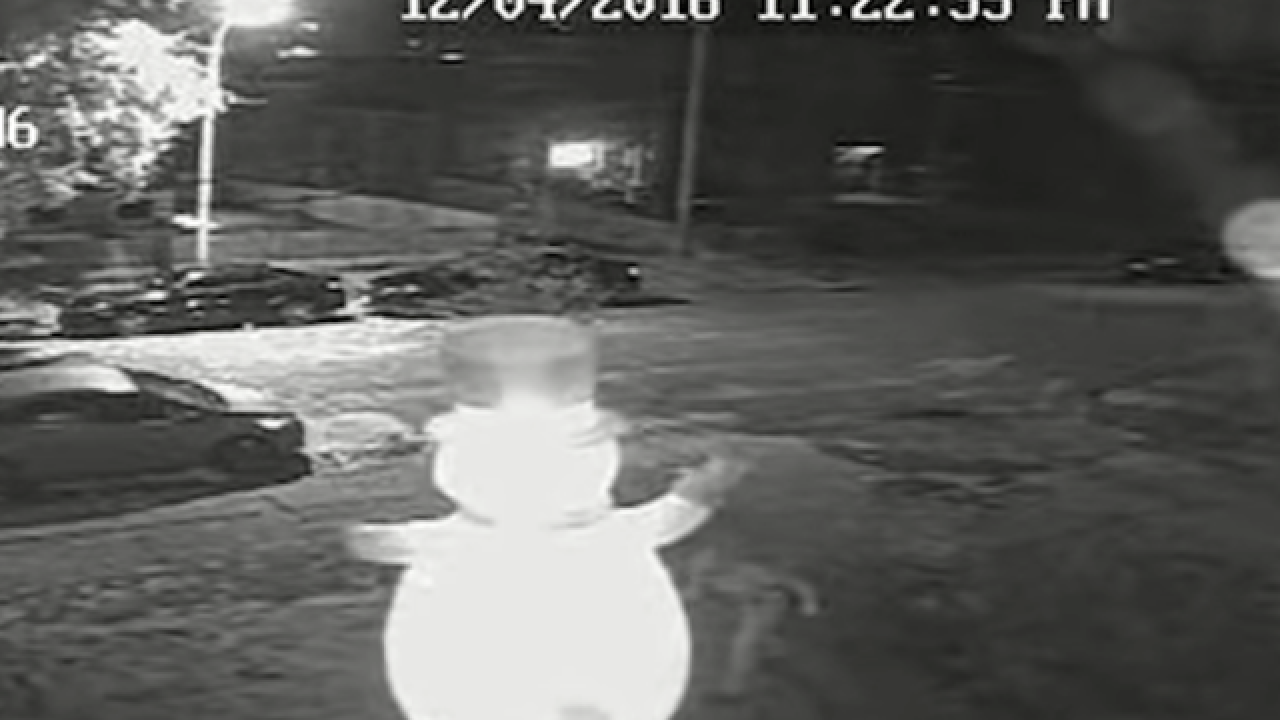 A real-life Grinch in St. Louis was caught on camera stabbing a Frosty the Snowman inflatable in what a homeowner is calling a “mob-style” hit.

On Sunday, security cameras at Jeff Diggs’ home caught a pickup truck pulling up to his yard, a passenger exiting the truck with a knife and slashing his giant inflatable Frosty the Snowman with a knife.

The assailants sped away as poor Frosty “melted” — a giant gash in his abdomen caused him to deflate.

"It’s just mean spirited, it’s silly vandalism" Diggs told KTVI-TV.  "It looks like a couple of kids just having fun.  While it might be fun to you it hurts other people."

According to a GoFundMe page set up by Diggs, Frosty underwent surgery and received nine stitches.

“He insisted on going back to work immediately because he believes in the magic of the holiday season and hopes that all people will come together and learn to love and respect each other regardless of our differences!” the page says.