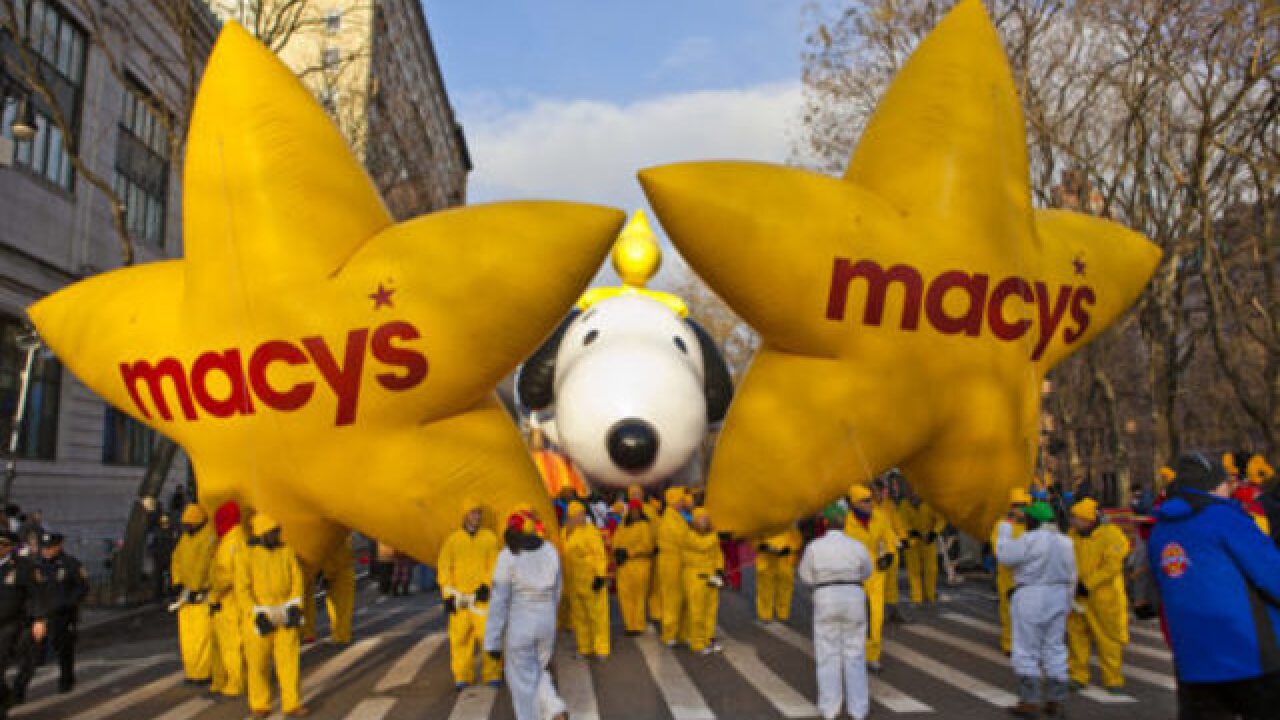 Halloween is now over and while some people like to skip right ahead to Christmas movies and decorating the tree, you can’t forget Thanksgiving! This glorious day is filled with cooking, eating, football, more eating and of course, watching the Macy’s Thanksgiving Day Parade.

The fun began in 1924 when Macy’s decided to throw a parade to showcase the opening of the “world’s largest store” and its 1 million square feet of retail space. The company hoped its “Christmas Parade” would get consumers in the holiday spirit. It clearly worked and the Thanksgiving Day tradition is now in its ninety-first year, having been suspended for several years during World War II.

This year’s parade will travel down the streets of Manhattan with its usual floats, giant balloons and performers on Nov. 23 from 9 a.m – 12 p.m. in all time zones. To get us in the spirit, Macy’s has announced the parade’s lineup. And from the looks of it, it will not disappoint!

Starting with those over-sized balloons, you’ll of course see the usual like Ronald McDonald, Spongebob Square Pants and the Pillsbury Doughboy—who, by the way, would provide enough dough to make four million crescent rolls!

There will also be floats new to the 2017 parade—shown here during their debut appearance before the parade—including Chase from “Paw Patrol,” The Grinch and Olaf from “Frozen.”

And Olaf is even more special, as he is the first-ever Macy’s balloon to glisten with a body that mimics real snow!

When it comes to floats this year, you’ll see some regulars like Tom Turkey, Snoopy’s Doghouse and Santa’s Sleigh, as well as five new ones: Universal Playground, Shimmer And Shine, Entenmann’s, Green Giant and Sour Patch Kids.

Entenmann’s colorful bakery float took more than 15 gallons of paint and over 100 hours of painting, and as for those Sour Patch Kids? Well, they’ll be causing “shenanigans” as they take over a replica of the parade on a three-story-high, 32-feet-long Parade Day Mischief float.

When it comes to celebrities you’ll see on the parade route, you can’t go wrong with Smokey Robinson, the Goo Goo Dolls, Common, Andy Grammar and 98 Degrees!

You’ll also find Jimmy Fallon and The Roots on the “It’s All Rock & Roll” float and Flo Rida on the float “Fun House” by Krazy Glue. And don’t forget Sesame Street and the Peanuts gang, they’ll of course be there too!

If you just so happen to be in New York City for the parade, here’s a look at the parade route. Or check out this map of the inflation area, so you can see the characters come to life.

If you’ll be watching at home, however, you’ll have plenty of company, with around 50 million others also tuning in. You can also get an up close and personal look at the event through a 360-degree livestream of the parade on Verizon’s YouTube page.

Which new float or balloon are you most excited to see?

Related stories
Copyright 2017 Scripps Media, Inc. All rights reserved. This material may not be published, broadcast, rewritten, or redistributed.