It's the 91st year for the holiday event 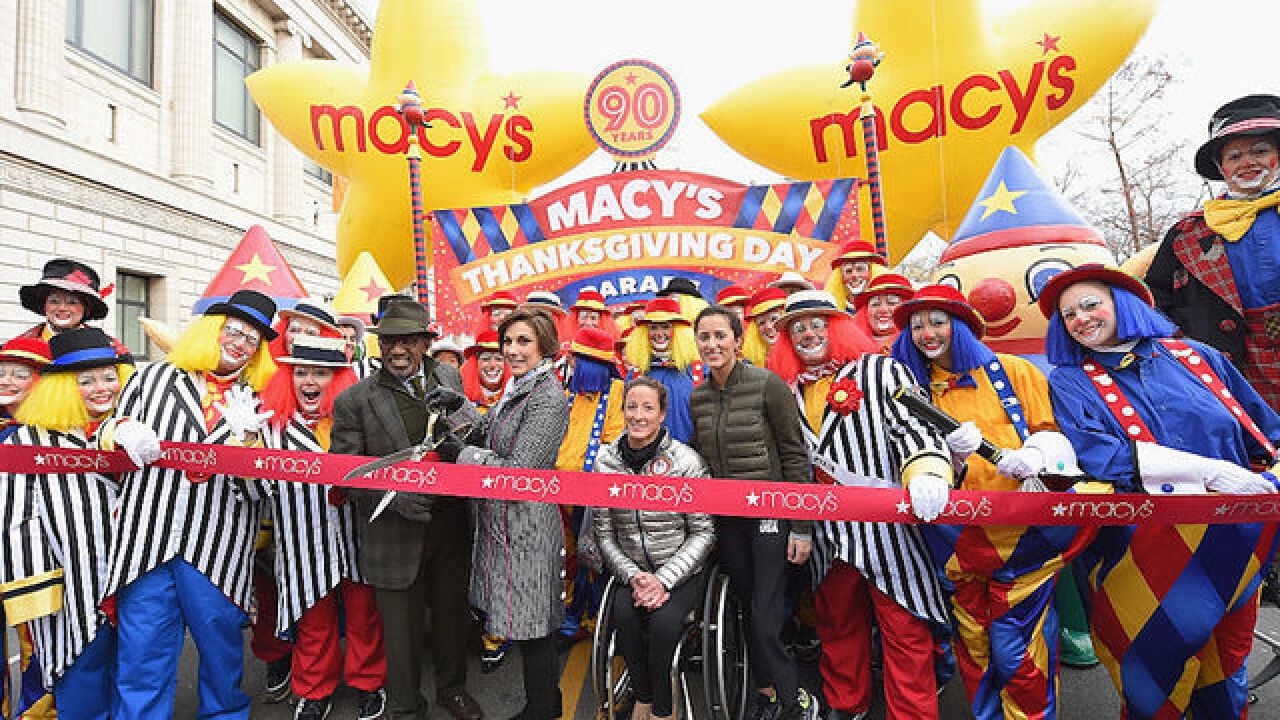 There will be a giant balloon Elf on the Shelf and Trolls in the 2017 Macy's Thanksgiving Day Parade.

The annual event in Manhattan, slated for this Thursday, Nov. 23, features a number of novelty balloons and "balloonicles" — balloon figures on bicycles.

There will be some new floats, Macy's officials said.

"This year, five new floats will debut including Everyone’s Favorite Bake Shop by Entenmann’s® (Sara Evans), Harvest in the Valley by Green Giant® (Lauren Alaina), Parade Day Mischief by SOUR PATCH KIDS® Candy (Nicky Jam), Shimmer and Shine by Nickelodeon (Jojo Siwa) and Universal Playground by Sprout® (Angelica Hale). A special float by Delta Air Lines will also debut to commemorate the season of togetherness with the perfect gift of song, as more than 125 Macy’s employees gather to form a one-of-a-kind, cross-generational choir aboard the Macy’s Singing Christmas Tree," said a news release from Macy's.

Macy's parade website has an online shop with "fun gear that's all about the parade."

In 2016, Macy's celebrated the 90th year of the parade, which was launched in 1924 to provide entertainment for store employees and their families. Today it is one of the largest parades in the world.

Each year at the end of the Macy's Thanksgiving Day Parade, Santa Claus is welcomed into Herald Square.

Make sure 2 catch our float at the #MacysParade this Thanksgiving! pic.twitter.com/SSbAVSHq7p