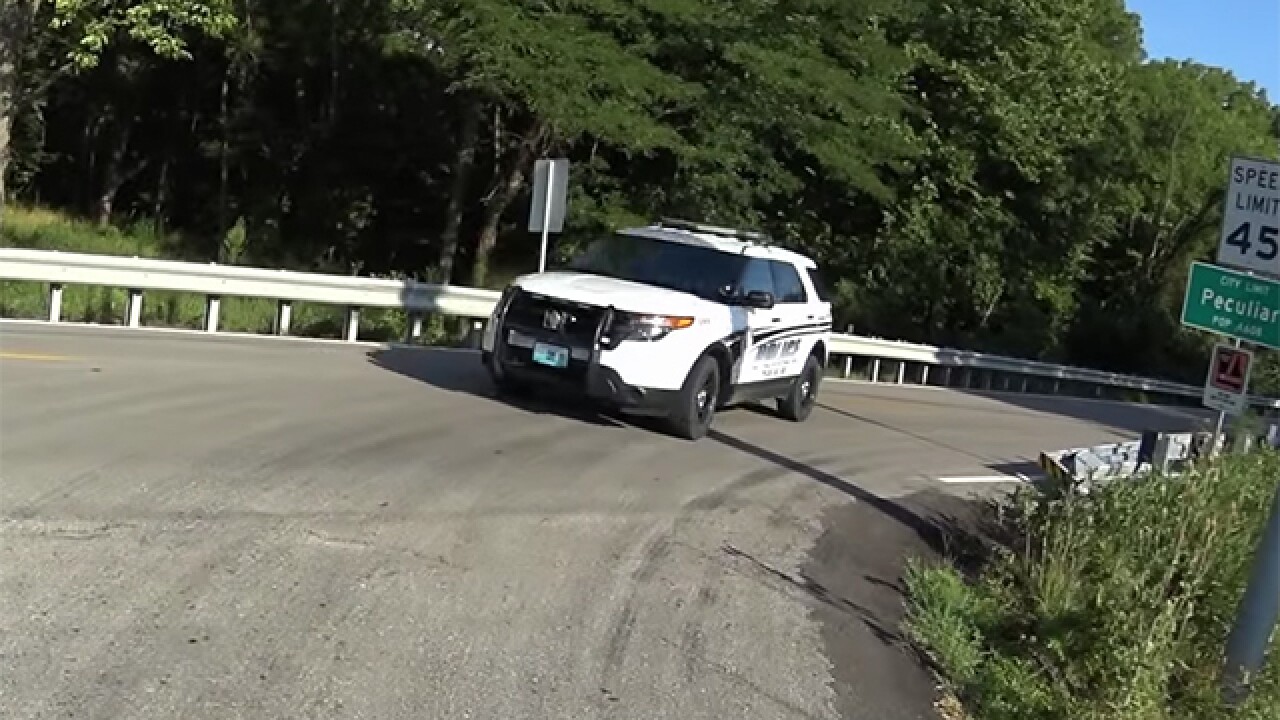 A Missouri Highway Patrol crash report into the investigation identified the officer as 41-year-old Charles Wallace.

The report said Wallace was turning onto 211th Street in Cass County and took the corner too sharp, striking the bicyclist, identified as 31-year-old Joseph Fasanello.

Fasanello said he didn’t have a chance to react before the police SUV plowed into him Thursday evening.

“Well, it wasn’t until he was about 20 feet that I realized that there was no stopping—there wasn’t enough time to get out of the way,” Fasanello said.

Fasanello added he saw Wallace on his phone just before the crash.

The video captured the following exchange:

Fasanello: Why are you texting?

Wallace: I wasn’t texting, I was looking at my phone.

Wallace: I know, it was my bad.

Fasanello: Why are you doing that in a turn?

The officer, who passed a breathalyzer and drug test after the crash, is currently on paid leave pending the outcome of that investigation.

While the department’s policy prohibits officers from texting and driving, they are allowed to glance at their phones to receive information, Gurin said.

“I can understand that point of view, however, why are you looking down at a phone when you’re making a turn?” Fasanello said.

People who live near 211th Street and J Highway where the wreck occurred Thursday said crashes are a common sight and point to the narrow traffic lanes as a problem.

“I think if we maybe had sidewalks people trying to stay active and want to be outside, walking, running, biking could have another option. So far we don’t have that,” said Misty Weaver who lives nearby.

The Missouri Department of Transportation said it hasn’t received any complaints or concerns regarding the particular intersection. An engineer said they’ve made improvements to Route J several years ago adding wider shoulders, turn lanes (not at 211th though) and guardrails.

Although Fasanello was not seriously injured in the incident, he is very sore; he can walk but can barely close his right hand.

As for consequences, Fasanello would like the officer to be reprimanded.

“At the very least the police department owes me a replacement bike of equal or greater technical specs. They owe me any medical bills and hopefully a formal apology,” Fasanello said.

The police chief added that after the highway patrol conducts its investigation, they will review their policies and if any changes need to be made, they’ll make them.

It’s not immediately clear if the officer will be cited in the incident.