How I ditched debt: ‘It made our marriage so strong’ 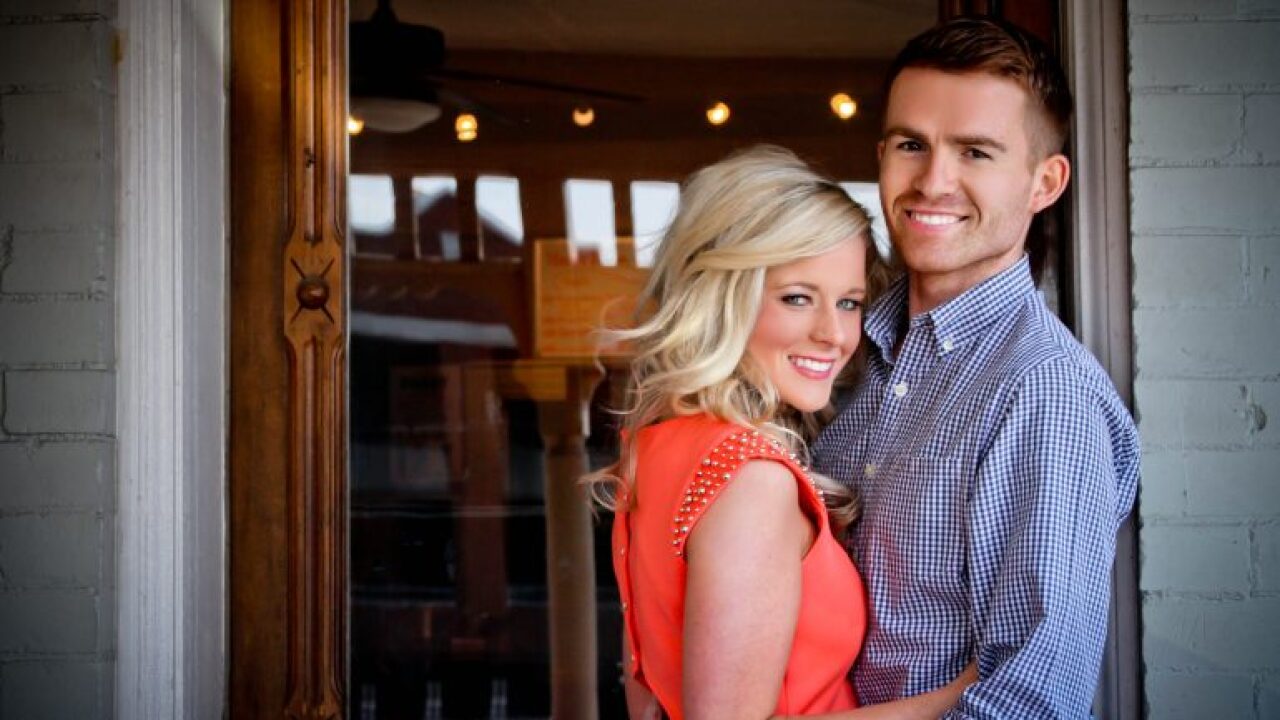 In this series, NerdWallet interviews people who have triumphed over debt. Responses have been edited for length and clarity.

Ray Robertson’s debt-payoff journey involves two fateful conversations across the ocean from where he grew up.

The first was a blind date with his future wife, Bailey. Ray had moved from Canterbury, England, to the Nashville, Tennessee, area for a soccer scholarship at Martin Methodist College and met Bailey soon after graduating in 2012. The second meeting was about a year later, Thanksgiving 2013, when Ray asked Bailey’s father for his marriage blessing.

He got the blessing — with a stipulation. Bailey’s father wanted the couple to enroll in Dave Ramsey’s Financial Peace University. The two signed up for the video-based money course in 2014 and found it to be “life-changing,” Ray says. They began learning how to budget, hold each other accountable and set goals, including paying off about $33,000 in combined debts.

The Robertsons began tackling these debts in August 2014, after moving to Houston, where Ray made about $55,000 as project manager for a hospital in the Texas Medical Center. Bailey’s substitute teaching, paired with a handful of tutoring sessions and Ray’s occasional refereeing, added roughly $5,000 in annual income, although that figure fluctuated. Each month, the couple threw about $1,500 toward their debt and paid extra after receiving their tax refunds and selling Ray’s car and other items.

This aggressive payoff strategy, along with a lean lifestyle, tight partnership and plenty of planning, enabled the Robertsons to eliminate their consumer debt in 18 months. Now Ray, 31, and Bailey, 29, are back in Nashville, where they own a home and raise their 15-month-old son, Callum.

Bailey and Ray, who is now a personal finance coach in addition to working as a product manager, recently connected with NerdWallet to share their story, which may inspire your own journey in paying off debt .

What was your total debt when you started your repayment journey, and what is it now?

What was your debt-payoff strategy?

Ray: We utilized the debt snowball — we listed our debts from smallest to largest in value, and then worked through them. So for us, that meant tackling the balance for the immigration lawyer, then the personal loan, followed by the auto loan and finally student loans. The momentum of paying off these debts kept us motivated.

Did you use any tools to help you track your payments?

Ray: When we first started our journey, I used an Excel spreadsheet with tabs for income, expenses and debts. Then Dave Ramsey dropped his app called EveryDollar, which did everything my spreadsheet did. So I was an early adopter of that and still use it to this day.

What was your lifestyle like while you tackled your debts?

Ray: We truly lived like no one else. While our friends were going out to dinner, we were cooking; when they were at happy hour, we were working our second jobs; when they were buying new cars, we were budgeting every dollar to throw as much at debt as possible.

What was the most challenging part of living this way?

Bailey: Living in a city with such lavish restaurants. It was almost a punishment not to be able to go and indulge in one of our favorite activities — eating!

Do you have any regrets for living this way?

Bailey: No regrets. We are a very goal oriented couple, and we try to think about where we want to be in five years. Knowing that we missed out on a few things early on doesn’t compare to our financial freedom right now.

Ray: I have no regrets now, because it’s a lot nicer on the other side. I think back to then, and I definitely could have been a bit over the top. I was so into it — I just wanted to be done with debt. But, we wouldn’t be where we are right now without making those sacrifices. It really set us up for future success, and it made us grow up a lot quicker.

Ray: It’s so good. It’s no longer: “We have to pay this.” Now, it’s: “What should we allocate to?” Should we allocate more to investing, paying off our house, saving for a car? Now we have only have choices, whereas we didn’t have any choices before.

Bailey: Honestly, it feels natural. Knowing that we’ve overcome our biggest hurdle gives me so much confidence in our future financial goals. Also, it’s nice to make a Target run every now and then and not feel guilt of Ray’s piercing eyes!

How did you two discuss money and hold each other accountable?

Ray: We’d sit down every single week to look at our budget and calendar. We’d make sure we were both on the same page in terms of what we’re spending, and what money is coming in and going out. That communication, especially in the beginning of a marriage, is so key. Paying off this debt together made our marriage so strong.

And the best thing about a budget is that it’s kind of an informal contract between the two. If one of you buys something random, you’ve pretty much broken the trust of your partner.

How do you talk about money now?

Bailey: Now that we are both on the same page, most of it has become routine conversation and check-ins. Ray makes and tracks the budget — he’s a serious budget nerd — and we review the budget together at the beginning of each month. If we start to get off track, Ray gives me a heads up, and we adjust a few categories so that we always hit our goals.

What are your current goals?

Bailey: Become mortgage-free so that we can build a legacy for our family. Also, I don’t ever want money to be the source of anxiety or frustration.

Ray: My goals right now are to pay off our house by 2030 and become a millionaire by age 40. We just had a baby, so we want to raise him and maybe have another in a couple years.

What advice do you have for young couples working together to pay off debt?

Bailey: Have open, in-depth conversations about your goals and dreams. This will get you on the same page and make you work together without question. Ray and I have learned to be a good balance for what each other needs. I can let him know when he is throwing too much of our money into our future instead of now, and Ray lets me know vice versa.

Ray: Include your spouse, and listen to their point of view, and just be really honest about what each person’s goals are. And remember that you’re in a partnership. You’re with this person for the rest of your life, so you’ve got time to figure this out. It’s not going to work perfectly the first time you write a budget. It’s going to take a few iterations.

How to ditch your own debt

Inspired by the Robertsons’ debt-free journey and want to start your own? Here’s what you can do:

The article How I Ditched Debt: ‘It Made Our Marriage So Strong’ originally appeared on NerdWallet.