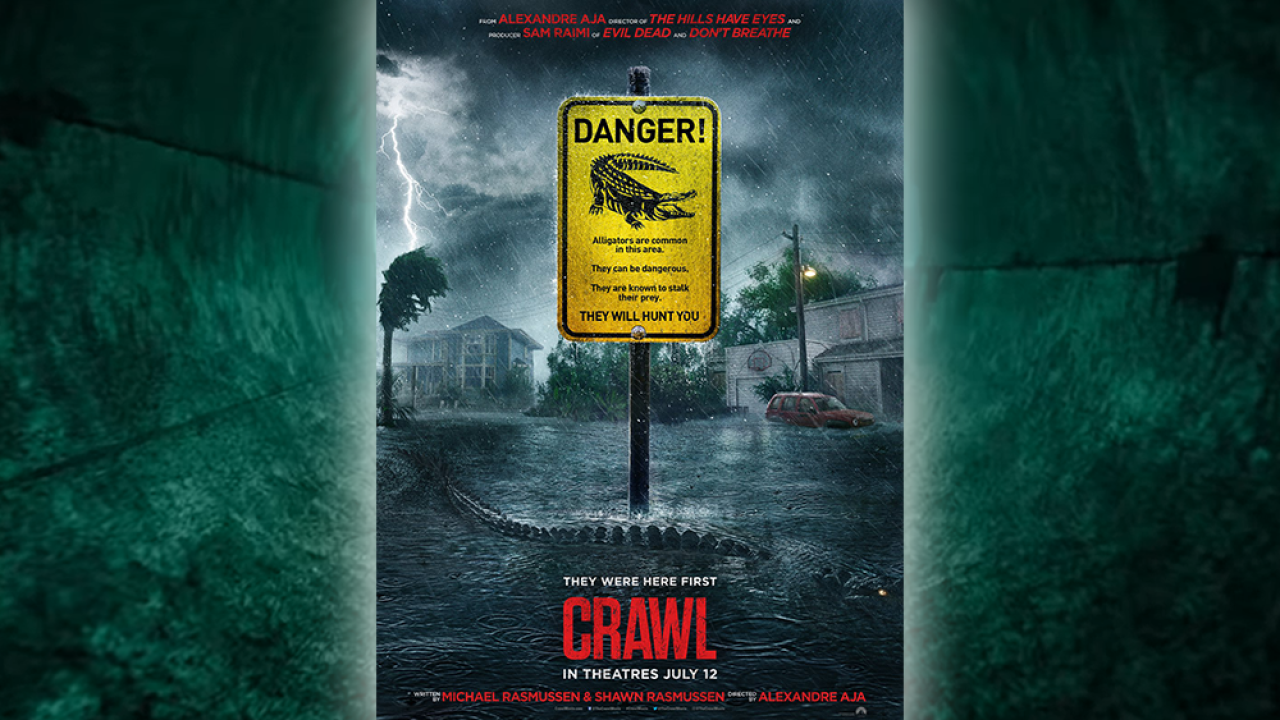 Hurricanes and alligators are things that Floridians grow accustomed to. We know when it's time to evacuate for a storm and we know not to mess with Florida's reptiles.

But now, Paramount Pictures is taking those two things to the next level with a new thriller called "Crawl" and it looks terrifying.

The movie, set in Florida, is about a young woman who's attempting to save her father during a Category Five hurricane when she finds herself trapped in a flooding house and she has to fight for her life against massive, hungry alligators. The movie stars Kaya Scodelario and Barry Pepper.

They were here first. Watch the official trailer for #CrawlMovie, in theatres July 12. pic.twitter.com/qNGJmcxd3x