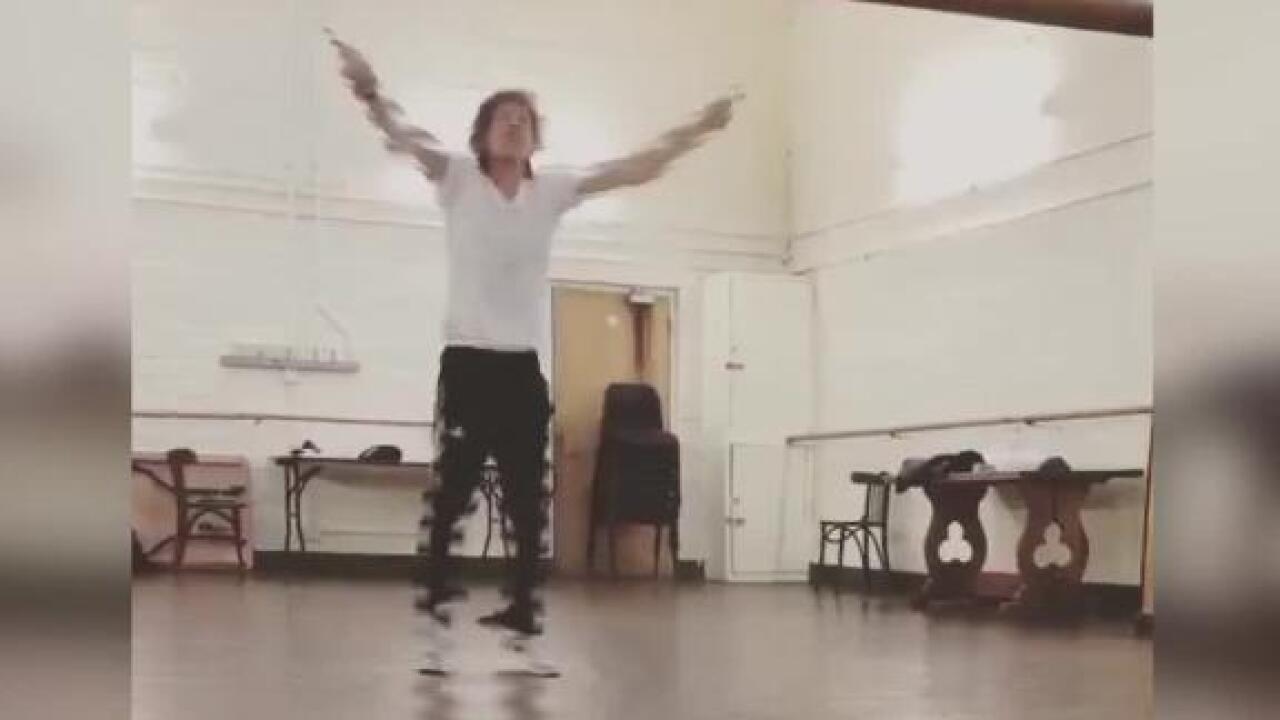 Just weeks after undergoing a procedure to replace his heart valve, Rolling Stones frontman Mick Jagger posted a video of himself practicing some very energetic dance moves Wednesday in an empty studio.

In the 22-second video , the 75-year-old dances to The Wombats' song "Techno Fan," sending excited fans into a frenzy.

"Go Dadda!" his daughter, Georgia May Jagger, posted under the video.

Jagger underwent a heart procedure to replace a valve last month, prompting the Rolling Stones to postpone their North American tour set to kick off on April 20 in Miami Gardens, Florida. At the time, the band said doctors advised Jagger that he needed medical treatment.

"We apologize for any inconvenience this causes those who have tickets to shows but wish to reassure fans to hold onto these existing tickets, as they will be valid for the rescheduled dates," the band said.

Jagger also apologized to his fans last month, and said he was devastated about postponing the tour.

"I will be working very hard to be back on stage as soon as I can," he said.

By the looks of the video, he sure is.