Gasparilla 2022: Everything you need to know about the annual Pirate Fest
Entertainment

In Golden Globes speech, Oprah looks to 'time when nobody ever has to say 'Me Too' again'

Oprah Winfrey took to the stage to accept this year's Cecil B. DeMille Award at the Golden Globes Sunday night -- and delivered a powerful speech that drew on life-changing childhood memories and spoke to future generations of women.

Oprah Winfrey took to the stage to accept this year's Cecil B. DeMille Award at the Golden Globes Sunday night -- and delivered a powerful speech that drew on life-changing childhood memories and spoke to future generations of women.

"In 1964 I was a little girl sitting on the linoleum floor of my mother's house in Milwaukee watching Anne Bancroft present the Oscar for best actor," Winfrey said.

Winfrey described Poitier as the most "elegant man I had ever seen ... [and] of course his skin was black."

She said she had "never seen a black man being celebrated like that."

Winfrey said she's the first black woman to receive the Cecil B. DeMille Award, a moment that made her think of the young girls watching her from home tonight.

"It is an honor," Winfrey said, and "it is privilege to share the evening with all of them."

Winfrey continued: "What I know for sure is that speaking your truth is the most powerful tool we all have. And I'm especially proud and inspired by all the women who have felt strong enough and empowered enough to speak up and share their personal stories."

"Each of us in this room are celebrated because of the stories that we tell -- and this year, we became the story," she said. "It's not just a story affecting the entertainment industry. It's one that transcends any culture, geography, race, religion, politics or workplace."

The media mogul said she wants to express gratitude to the women who "endured years of abuse and assault" because they, like Winfrey's mother, had "children to feed and bills to pay and dreams to pursue."

"They're the women whose names we'll never know," Winfrey said. "They are domestic workers and farm workers. They are working in factories and they work in restaurants ... they are part of the world of tech and politics and business."

Winfrey also brought up Recy Taylor, an African American woman who was abducted and raped by six white men in 1944. The men never went to trial. 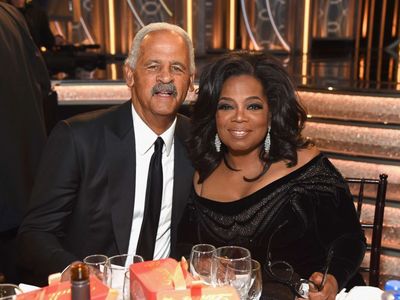 "She lived, as we all have lived, too long in a culture broken by brutally powerful men," she said. "For too long women have not been heard or believed if they dared to speak their truth to the power of those men. But their time is up."

To all the girls watching now, Winfrey said, "a new day is on the horizon."

"When that new day finally dawns, it will be because of a lot of magnificent women, many of whom are right here in this room tonight, and some pretty phenomenal men, fighting hard to make sure that they become the leaders who take us to the time when nobody ever has to say 'Me Too' again."