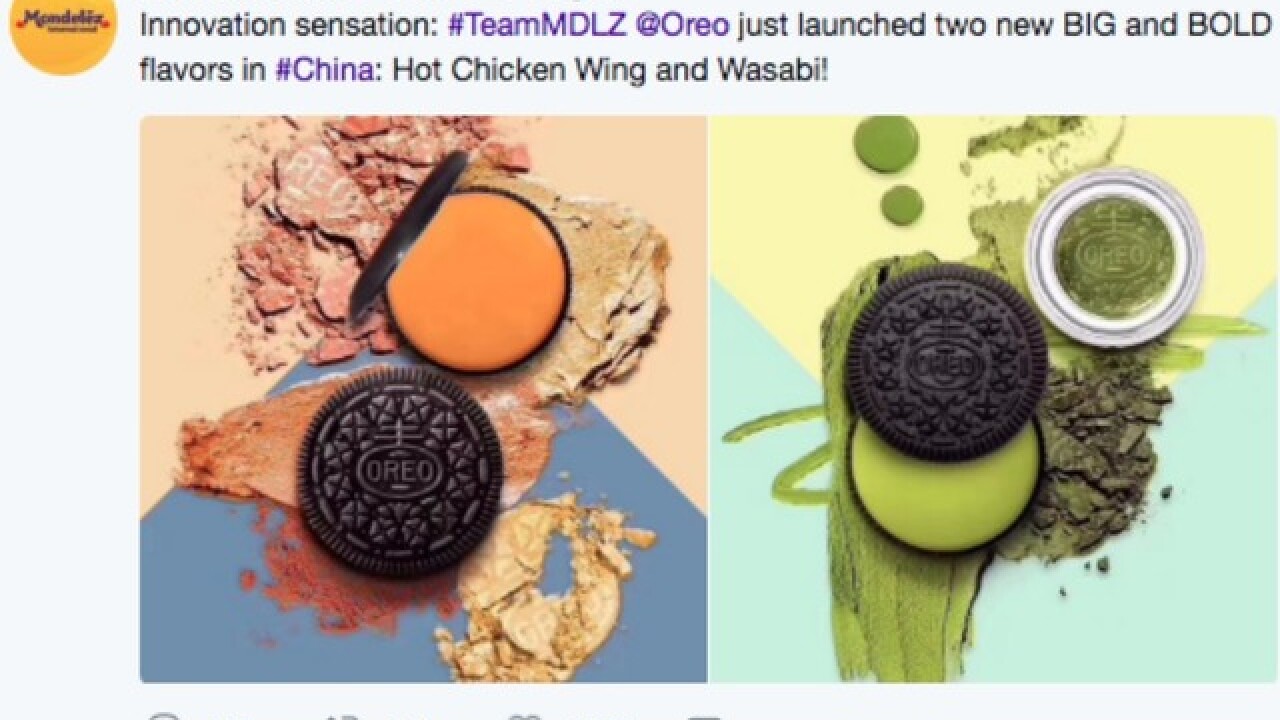 Oreo's latest cream flavors are for those who like a bit of heat with sweet.

At least that is how it sounds based on their names alone: Hot chicken wing and Wasabi.

Unfortunately, cookie connoisseurs will have to book a flight to China to get them.

It is not known if they will be released in the United States.