Some guy bolted toward Jay-Z and Beyoncé at their Atlanta show. (He didn't get far) 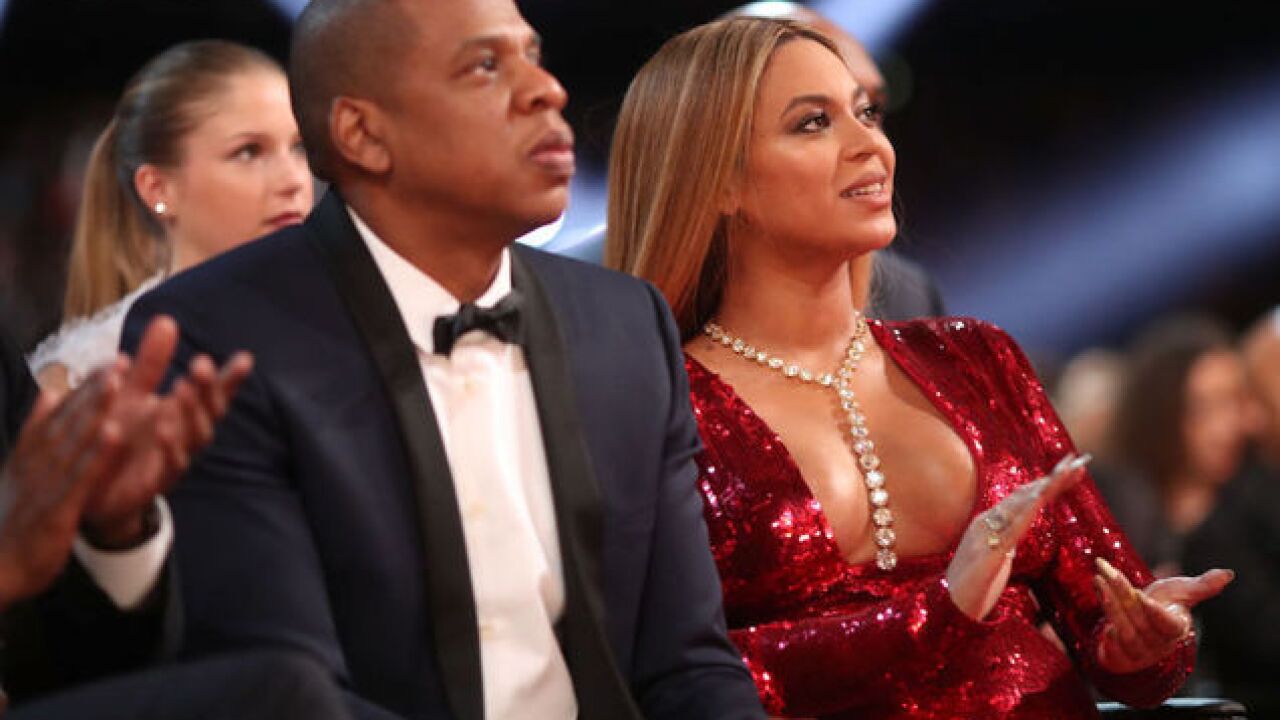 Image copyright 2017 Getty Images. All rights reserved. This material may not be published, broadcast, rewritten, or redistributed.
Christopher Polk
<p>Music artists Jay Z and Beyonce during The 59th GRAMMY Awards at STAPLES Center on February 12, 2017 in Los Angeles, California. </p>

Someone just had to spoil the party.

The Beyoncé/Jay-Z spectacle that is "On the Run II" was wrapping up its Saturday night stop in Atlanta when a man ran up on stage and bolted after the couple.

The Carters were walking off the stage,after tag-teaming through two-and-a-half hours of their respective back catalogs at Atlanta's Mercedes-Benz Stadium. The last few strains of "Apesh*t" were closing out the show with a bevy of dancers doing their thing.

A man in a white jersey jumped on stage and made a beeline toward the couple.

For a nanosecond, the dancers looked at one another. Then, they sprinted into action, as did the security guys.

You can see it unfold from this fan-shot angle:

Later, the tour issued a statement recounting the whole thing. The bottom line: No one's hurt and the Carters have chosen not to press charges.

"At the end of last night's show, we had an intoxicated male enter the stage. At this point, we had a controlled evacuation of all crew on the stage in order to safely defuse the situation. We are happy to confirm that nobody was hurt during the incident, and Mr. & Mrs. Carter are choosing not to press charges against the individual.

We would like to thank the hard work of our tour security who effectively restrained the individual and all of our dancers and team who handled the situation so professionally.

Mr. & Mrs. Carter look forward to seeing you all tomorrow in Atlanta."

Sunday is night two of the spectacle in Atlanta. And what a spectacle it is.

It started with "This. Is. Real. Life" emblazoned on gigantic screens as Jay-Z and Beyoncé took the stage and turned the private turmoils of their marriage into public art. The set list lifted heavily from the paroxysm of Beyoncé's "Lemonade" and the penance of Jay-Z's "4:44." It was carefully curated and exquisitely choreographed.

It ended with the pair locking lips as the words "This. Is. Real. Love" flashed on the screen. They walked off hand-in-hand, catharsis complete.

And then of course, someone had to run up and spoil it.