Cannabis Caucus to convene in 2017 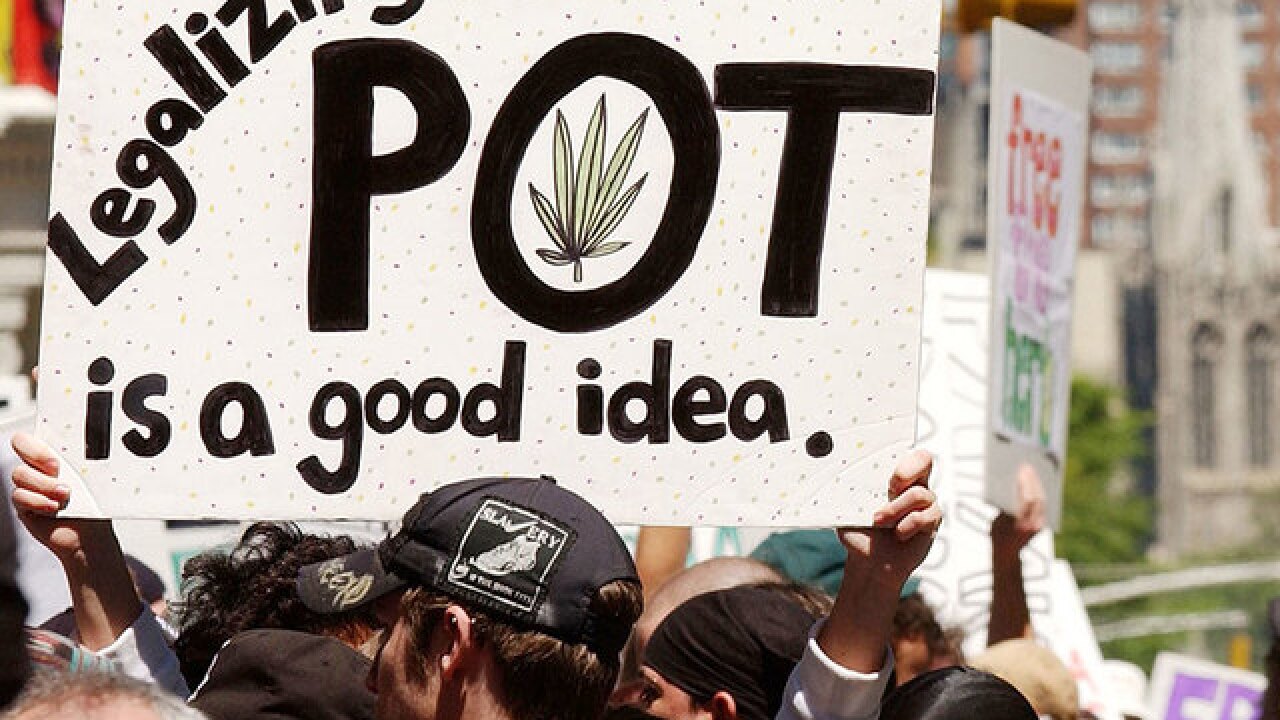 Two members of Congress from both sides of the political aisle are joining forces to create the Cannabis Caucus.

“There needs to be more strategy between us, those of us who are engaged in this. More of a long-term strategy,” Rohrabacher told DecodeDC . “[And] we need to have a vehicle in which people on the outside will be able to work through and sort of have a team effort from the inside and the outside.”

Rohrabacher says Rep. Thomas Massie, R-Ky., is likely to emerge as the spokesman for the caucus, which he said will begin meeting in January.

The caucus will be made up of members of Congress who see marijuana reform as an important issue and it will focus on a bipartisan effort to pass bills, Rohrabacher said. He did not name lawmakers he expects to join.

“We want to make the states’ rights issue the core of what we are doing,” Rohrabacher said, referring to the argument that states should be able to choose for how to regulate and classify marijuana. “Republicans don’t see this as something that their constituents want and they may not be positive towards legalization of marijuana. But with the states’ rights issue, that’s how we’ve won the necessary votes from the Republican side in order to win the battle.”

Rohrabacher and Blumenauer have been vocal champions for years of marijuana decriminalization and a state’s right to choose how to regulate the drug.

Rohrabacher has admitted in the past that he used marijuana to help with arthritis pain. He introduced the Respect State Marijuana Laws Act of 2015.

Blumenauer also visited many states this year, campaigning for ballot measures that would legalize medical marijuana or recreational marijuana for adults.

The congressman introduced the Medical Marijuana Research Act of 2016, a bi-partisan bill that aimed to “cut through the red tape” that currently makes it very hard for scientific researchers to obtain marijuana for clinical trials. Additionally, he co-sponsored the Marijuana Businesses Access to Banking Act of 2015, which would have allowed marijuana businesses to stop functioning in all-cash.

According to Blumenauer, the two biggest issues currently facing the marijuana industry are that companies aren’t fairly taxed because federal law won’t allow them to fully deduct their business taxes — and that cannabis businesses can’t work with banks. Currently marijuana companies have to be all-cash businesses largely thanks to marijuana’s classification as a Schedule I drug, which puts it in the same category as heroin.

“We’ve had the movement crest,” Blumenauer told DecodeDC. “Two hundred and fifty million people have access to medical marijuana, a quarter of the population has access to adult use. We’re watching an industry now where 60 percent believe marijuana should be legalized, and public opinion mirrors what happened at the ballot box.”

Marijuana currently is legal for adult recreational use in eight states and medical marijuana is legal in 28 states and Washington, D.C.

Blumenauer says he has hope that marijuana reform will become a stronger bi-partisan effort on Capitol Hill in 2017.

“People who have been ambivalent about this before, all of a sudden just inherited constituents who care deeply about it,” he said. “Florida just passed an initiative for medical marijuana which makes it the second largest marijuana market in the United States. All of a sudden there are lots of legislators who just had their constituents vote more strongly for marijuana than they did for them.”