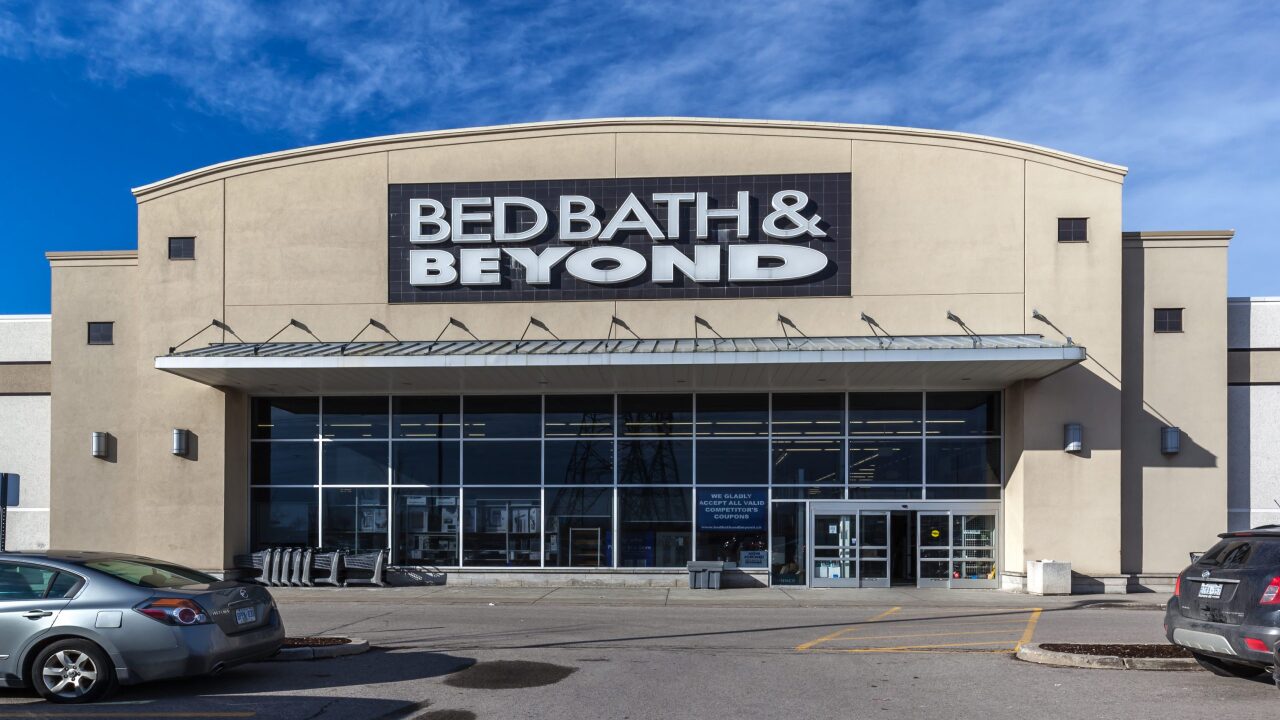 Bed Bath & Beyond is looking to close around 200 stores over the next two years after the COVID-19 pandemic hit the retailer hard, resulting in a 49% loss of sales.

The company announced the closures in its first-quarter investor-relations presentation, stating that the closures would affect “mostly” Bed Bath & Beyond stores, though the company also owns other retail chains, including Buy Buy Baby and Cost Plus World Market.

According to Bed Bath & Beyond, 90% of its stores remained closed during the majority of the first quarter of 2020, which led to the decline in sales.

While the company does not specify which stores will be closing just yet, for now, nearly all Bed, Bath & Beyond stores have reopened since closing in March, though the company is limiting the number of shoppers in stores to help maintain social distancing.

The company says its online presence has remained strong, and before reopening, around 25% of Bed Bath & Beyond and Buy Buy Baby stores were actually converted into regional fulfillment centers in order to quickly deliver local orders.

Bed Bath & Beyond is not the only company that is struggling due to a lack of sales during the novel coronavirus pandemic. In fact, many malls may never look the same again as a variety of stores are closing their doors.

Pier 1 and Tuesday Morning are both closing all their stores, and Victoria’s Secret is closing 250 locations. JCPenney will also be closing 242 stores (though the retailer was already struggling to keep stores open and pay off a nearly $4 billion debt even before the pandemic).

The Children’s Place will also be closing 300 stores. The retailer could apparently trace most of its operating losses of $173.1 million to the strain of maintaining operating costs during the pandemic.

Some restaurants were even hit hard, with Steak ‘n Shake permanently closing 57 locations.

Have any stores near you had to close due to the pandemic?