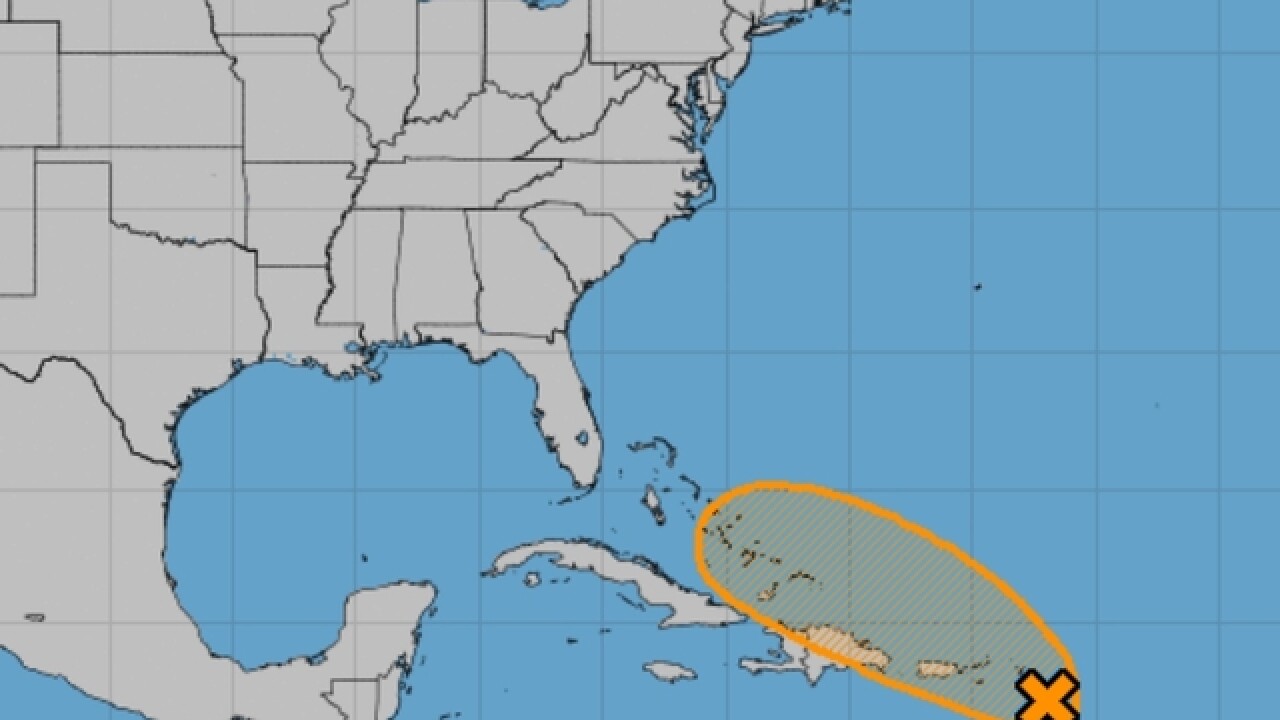 Copyright 2018 Scripps Media, Inc. All rights reserved. This material may not be published, broadcast, rewritten, or redistributed.
National Hurricane Center

A disturbance east of the Leeward Island has a 40 percent chance of development in the next five days, according to the National Hurricane Center.

There is a 30 percent chance of development in the next 48 hours.

At the moment, computer models do not show this disturbance being an issue for Florida.

According to the National Hurricane Center:

Shower and thunderstorm activity associated with a tropical wave that is moving through the Leeward Islands continued to become less organized Monday night. Environmental conditions are not expected to become significantly better for development, and the system is also expected to interact with the islands of the Greater Antilles during the next few days. Therefore, the potential for this system to become a tropical or subtropical cyclone continues to decrease. Regardless of development, this system is forecast to bring locally heavy rainfall to portions of the Leeward Islands, the Virgin Islands, and Puerto Rico over the next few days.

The American Model has been consistently showing the development of this disturbance by early Wednesday, but that and a couple of others are the only models that really do that.

The European Model has shown no development of this system at all but shows the disturbance moving up through the Bahamas over the next three to four days.

Regardless of development, computer models agree that whatever happens, this disturbance will be pushed away from the United States by a strong trough and associated cold front that moves through the southeastern US on Friday.

So, basically, it moves up through the Bahamas and then gets swatted back out to sea before anything else happens.

Right now it looks like this system will not have an impact on Florida.