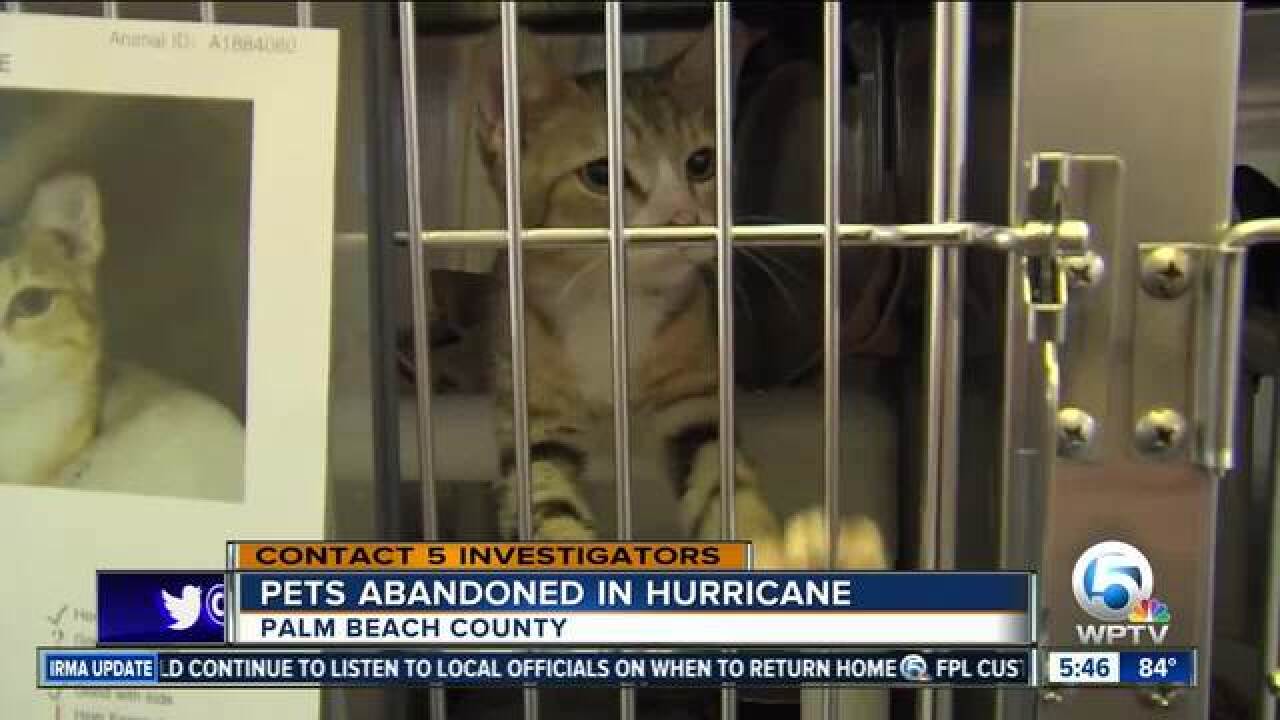 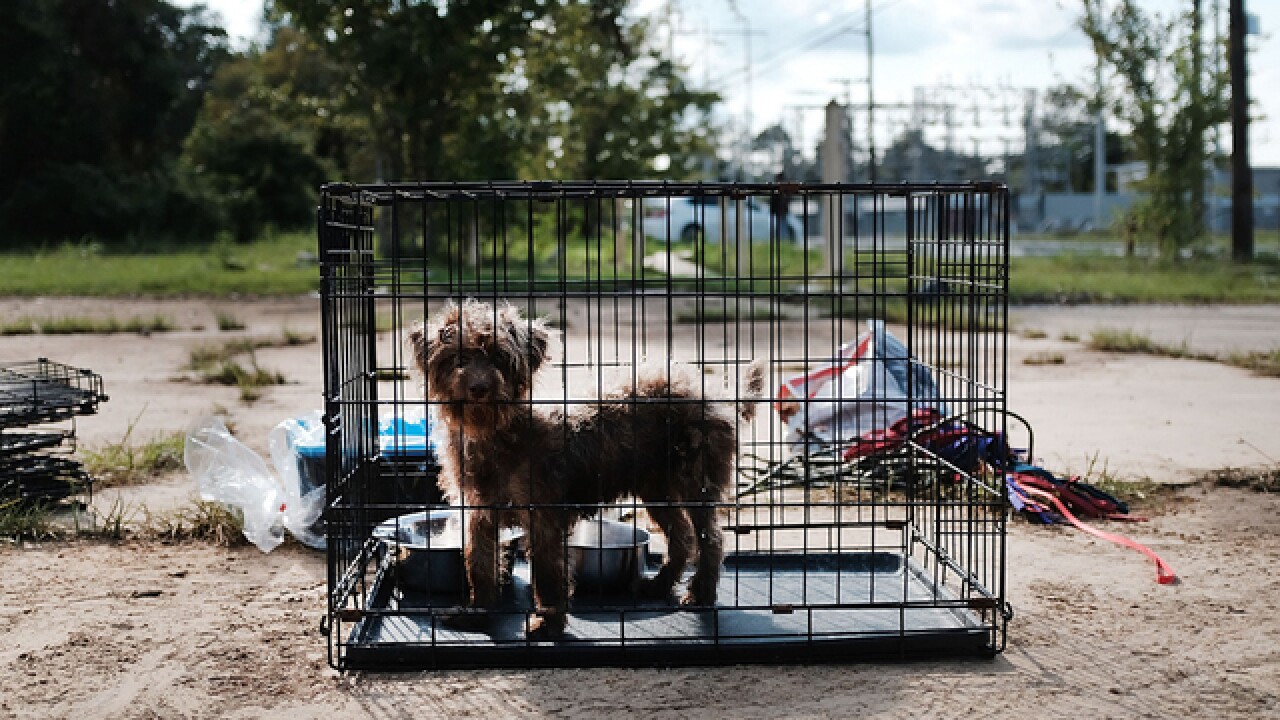 The news of dogs left tied up, abandoned by owners in Palm Beach County to fend for themselves during Hurricane Irma, disturbed many of you, and us.

It's not something the animals asked for, to be abandoned by their families, for a storm.

More than 50 dogs and 15 cats were surrendered to Palm Beach County Animal Care and Control.

Around 38 other dogs, left to fend for themselves, mostly in the Glades area.

"Many of them were loose inside fenced yards, some were loose in the community where they just got turned loose or some were tied and left in small cages," says Walesky. "One of the dogs was left tied to a structure with a bowl of water and a bunch of bananas."

"And there is no excuse for leaving your pet behind to die. We are going to hold accountable those who we can prove left their dogs behind in the storm," says Aronberg.

"I'm a dog lover, and an animal lover. And I think anyone involved in law enforcement values life," says Katz.

"Actually it's something that kind of infuriates me," says Katz.

Luckily, he says, there were none in his own city.

Both the state attorney, and Animal Care and Control are teaming up to investigate. They say they're interviewing neighbors, interrogating owners, and tracking microchips.

Anyone who surrenders or abandons their dog, is now on a no adopt list.

The dogs surrendered or abandoned, and those found as strays, will be ready for adoption in a few weeks. You don't have to live in the county, but you do have to come in to the shelter on Belvedere Road to adopt. There are still dozen of other animals waiting to be adopted right now at Animal Care and Control.

Owners could face a large fine for a misdemeanor animal cruelty charge, and/or jail time if the SAO determines what they did is a felony. None of the owners who abandoned their pets will be able to get them back.