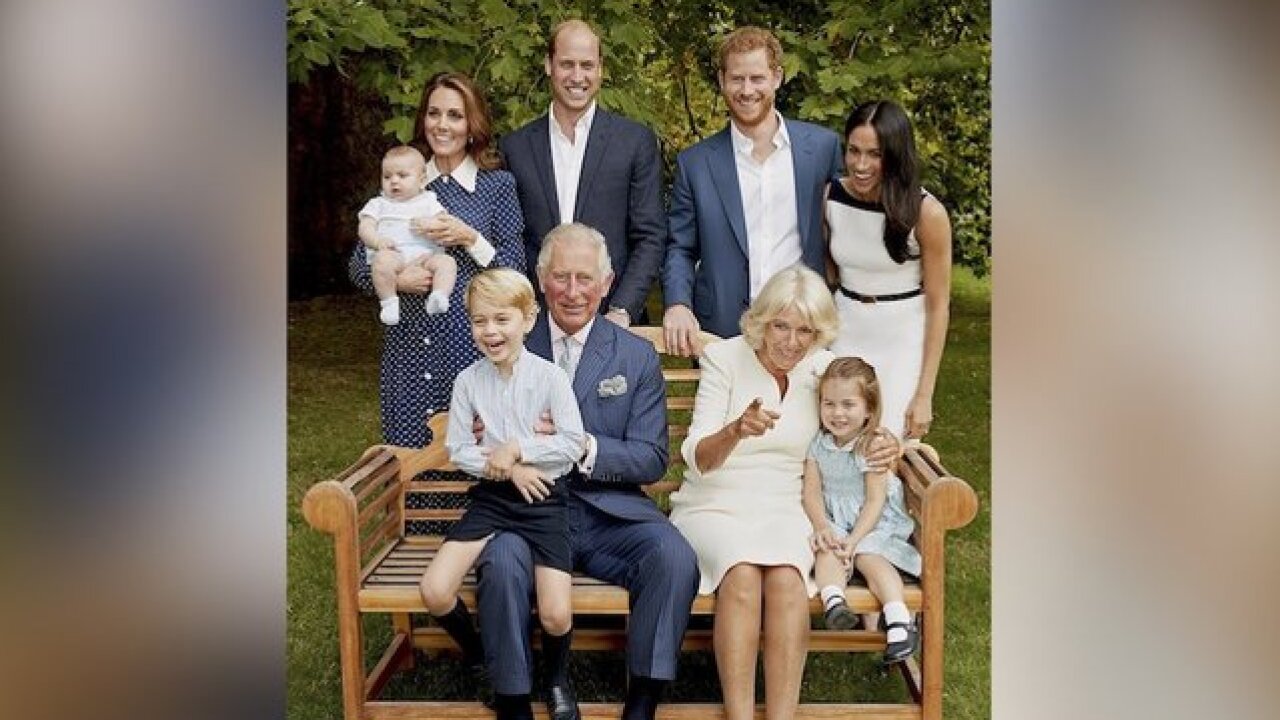 Britain's Prince Charles has released a candid family photograph, as the heir to the throne celebrates his 70th birthday.

In a special edition of British magazine Country Life, which the Prince of Wales guest-edited to mark the occasion, he spoke of "the alarming realization that I have reached the biblical threshold of three score years and 10."

However, in the official portrait, taken in the gardens of Clarence House in London in September, Charles looks anything but alarmed.

The future king seems relaxed as he holds his eldest grandson, Prince George, on his lap, surrounded by members of his immediate family.

It's been five years since Charles last stepped in as guest editor for Country Life, and this edition offers even greater insight into the royal's life and his views on the British countryside.

An interview with his eldest son William, the Duke of Cambridge, reveals that Charles, a long-time advocate of environmental issues such as climate change, is "completely infatuated" by the endangered red squirrels and has "hundreds" of bird tables at his Highgrove estate in England, which he replenishes by hand whenever he is there.

The prince also commissioned his wife, the Duchess of Cornwall, to write about her support for the Medical Detection Dogs charity.

Earlier this month, Charles spoke for the first time about what sort of king he will be in a BBC documentary celebrating his 70th birthday.

The king in waiting promised not to meddle in controversial affairs once he takes on the role of the monarch.

"You know, I've tried to make sure whatever I've done has been nonparty political, but I think it's vital to remember there's only room for one sovereign at a time, not two. So, you can't be the same as the sovereign if you're the Prince of Wales or the heir," said Charles.

As heir to the throne, Charles has written to ministers -- and even the prime minister -- on subjects close to his heart. He has spoken out on issues such as the environment and modern architecture -- he once called a proposed extension to the National Gallery in London a "monstrous carbuncle."

The proposals were later dropped.

"So, clearly ... I won't be able to do the same things I've done you know as heir, so of course you operate within the ... the constitutional parameters. But it's a different function," he said in the film, titled "Prince, Son and Heir: Charles at 70."

Prince Charles and his wife Camilla, earlier this month undertook a nine-day tour of West Africa. The royal couple visited Nigeria, Ghana and Gambia to celebrate the UK's relationship with the Commonwealth.

Charles will become head of the Commonwealth when he becomes king.

In Accra, Ghana, once the embarkation point for many Africans traded as slaves, the prince condemned the modern slave trade, saying: "We have a shared responsibility to ensure that the abject horror of slavery is never forgotten, that we abhor the existence of modern slavery."

"The royal visit will celebrate the UK's dynamic, forward-looking partnerships with these Commonwealth Nations on a range of shared priorities," Clarence House said in a statement.

"The visits will highlight key themes in these relationships, including the importance of our Commonwealth ties."