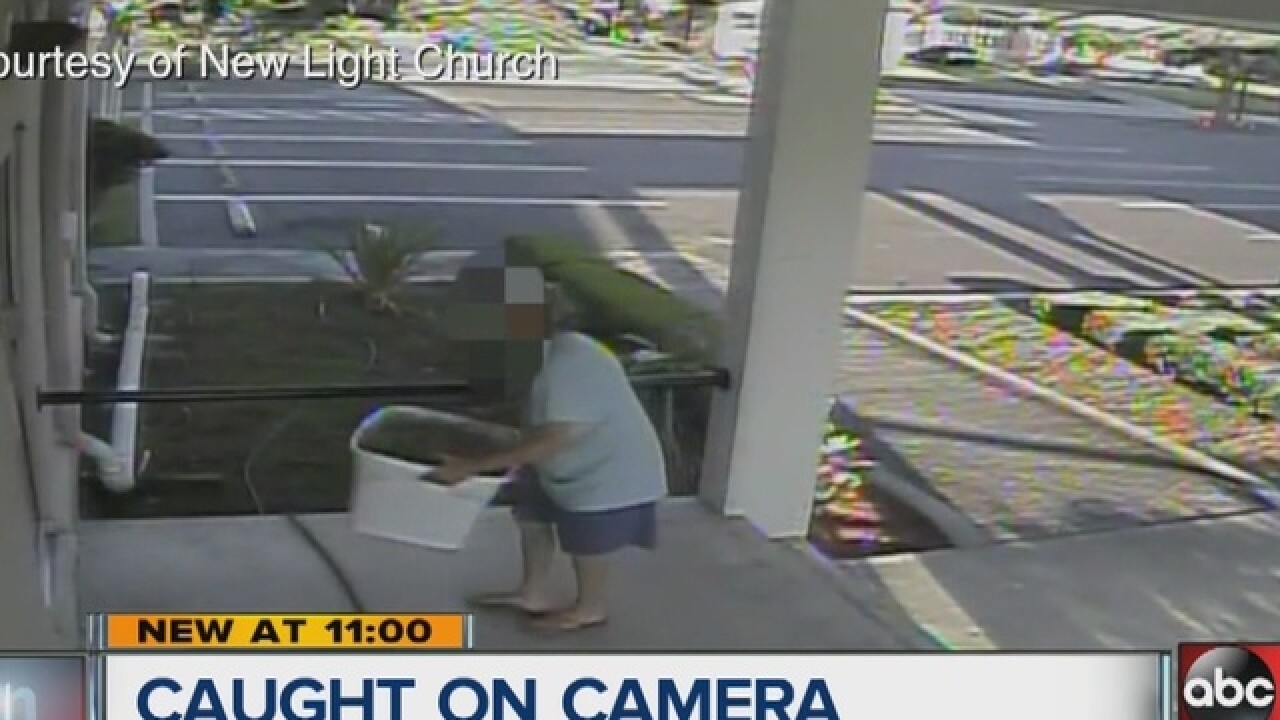 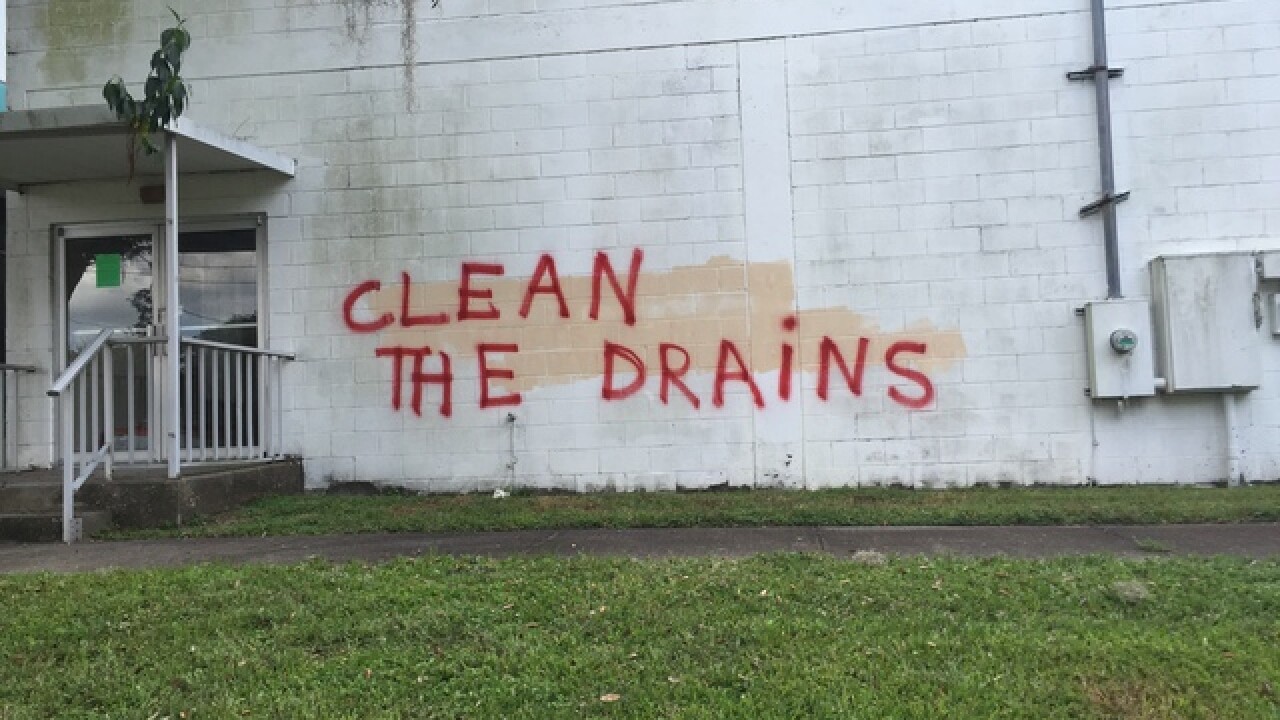 Vivian Jimenez-Perez said she has had a swamp for a backyard for the past ten years and she blames it all on poor maintenance of a vacant lot owned by a baptist church across the street.

“I did not start by putting graffiti on a wall.  That is really not my style,” Jimenez-Perez said.  But, that is the way the feud ended with the church.  And it is something she said she is not proud of.

“Was that the best thing to do?  Absolutely not.  But, it was a reaction to not being listened to, being talked to inappropriately by the minister.”

New Tampa Church told us on Friday they were cited for not mowing the grass, but fixed the problem immediately after receiving a letter from the city of Tampa.

The church said the vandalism started in April of 2014.  Surveillance pictures show Jimenez-Perez dumping grass clippings on the front door of the church, from there, Julius An the Youth Pastor said it only got worse.

“She smothered the front door with feces,” An said.  “ I touched it, it was pretty nasty.”

An said the fecal matter was under the front of the door when An went to open it early one Monday morning.  This week one of the church buildings was tagged with graffiti that read “clean the drains.”

Jimenez-Perez said it was not feces, but mud from her flooded backyard.  While ABC Action News reporter Michael Paluska was in the backyard, there was a very strong odor that could be mistaken for the latter.

“I mowed the grass for six hours the other day,” An said.

But, Jimenez-Perez said it hasn’t been enough.

“They mow less and less all of the time,” Jimenez-Perez said.  “They don't even bother to do it unless they get a letter from code enforcement.”

An said they don’t deserve to be vandalized with graffiti that reads,” Clean the drains.”  And they have tried to work out there difference ins a neighborly manner.

“We tried to talk to her, it only got worse,” An said.  “It’s (grass) been wet and she has been complaining about it, we have been doing what she is telling us and we respected her and everything.”

Jimenez-Perez said she tried to be neighborly as well, but claims the church just “didn’t care.”

“Hopefully she doesn't do any more harm than this,” An said.  “Even though it is vandalizing it is still a crime I don't know what hat she'll do next.  This is the second time this week had to call authorities we don't want to send her to jail, we just want her to stop.  This is a house of God. It's not a place to be messed with.”