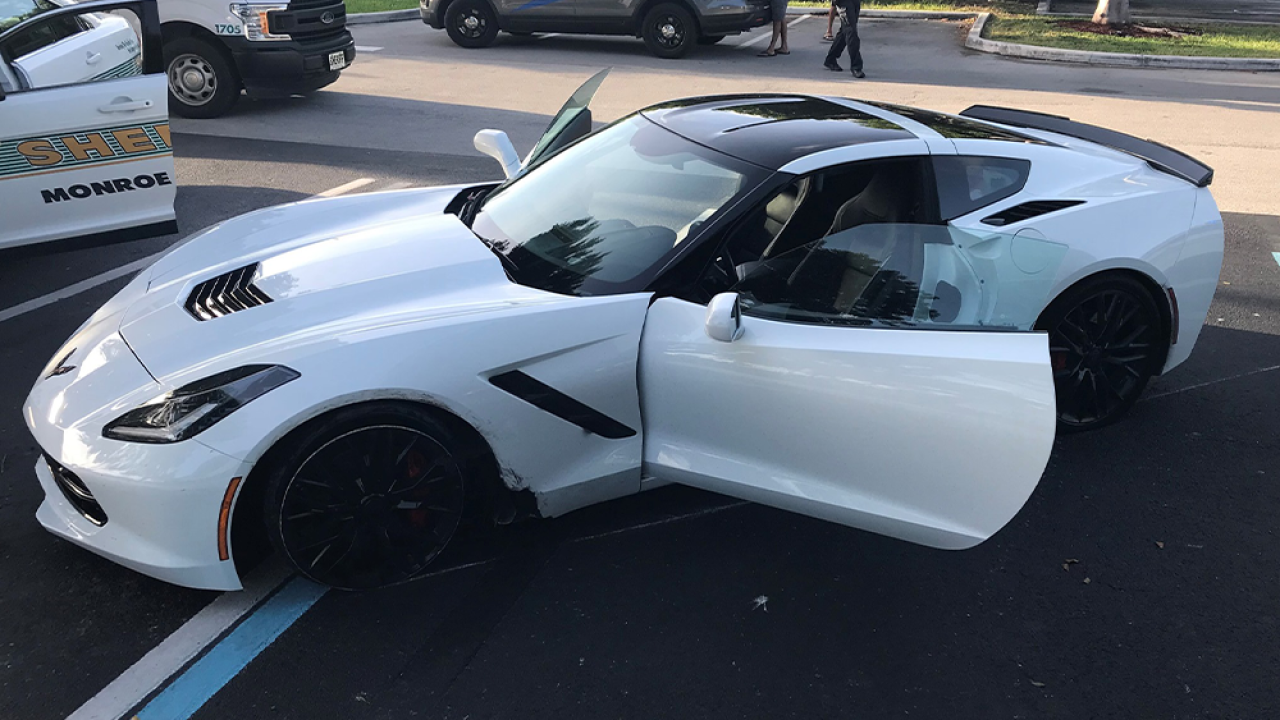 FLORIDA KEYS, Fla. — A 34-year-old Tampa man was arrested after officials say he fled from deputies in a stolen car on Saturday.

Officials said the incident happened around 7:18 a.m. when a commercial truck driver reported a white Corvette passing him illegally on southbound U.S. 1 near mile marker 27.

A deputy later located the Corvette and pulled over Yorlandis Perez and his female passenger.

Perez and the female struggled to find the documents the deputy asked for and appeared nervous, officials said.

Perez then put the car in drive and sped away from the area.

The deputy followed the Corvette until he lost sight of the car. A Florida Highway Patrol trooper spotted the car and attempted to stop it until stopping the pursuit due to public safety.

Tire spikes were set up in the area the Corvette was traveling. Officials said the car was traveling way above 100 mph.

The Corvette was spiked successfully, but Perez did not stop.

Later, Perez turned into a Publix parking lot and he and the female passenger left the car on foot.

By that time, the Florida Highway Patrol, the Florida Fish and Wildlife Conservation Commission, Key Colony Beach Police and the U.S. Border Patrol were all taking part in the search.

Perez was found a short time later near an apartment complex property.

At first, Perez gave the deputy a fake name before admitting the car was stolen out of Homestead, Florida.

He told deputies he did not have anything illegal in the car, saying he only fled because the car was stolen, officials said.

He was arrested and charged with grand theft of a motor vehicle, fleeing and eluding, reckless driving, driving with a suspended license and providing false identification to law enforcement.

Perez was transported to a local jail.

The female passenger was never found. Officials said she is not facing any charges.