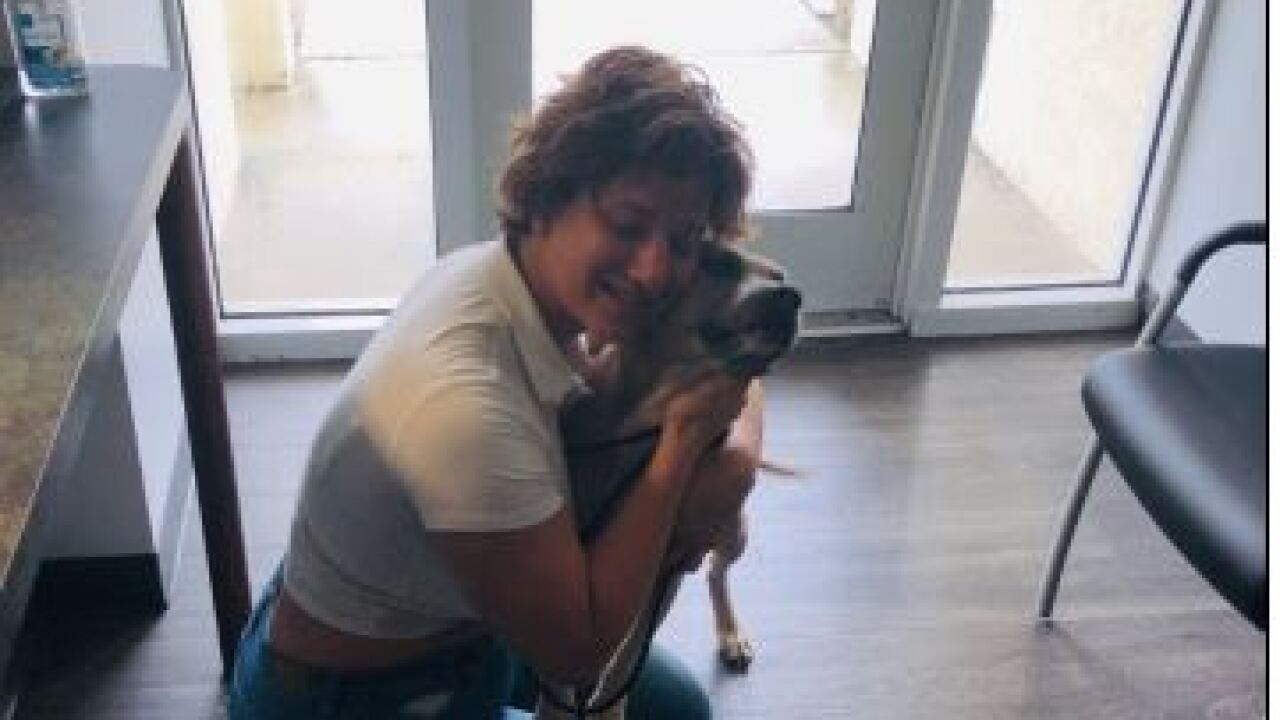 A now-5-year-old pit bull is back home with its owner after disappearing two-and-a-half years ago.

"This is a picture of her on the couch on Christmas," said Savannah Rastrelli, as she reminisced about her dog, Sugar. "This was in 2016."

Nobody ever answered the plea for help until this week, when the Port St. Lucie Police Department received a call of a stray dog.

The dog was wandering around the 1400 block of Southwest Del Rio Boulevard, more than 20 miles from where Sugar disappeared.

"With a microchip, we have the ability to scan the dog or pet and locate you in the event that your animal goes missing," said Boham.

Now reunited with her long-lost furry friend, Rastrelli said their story is proof that even when all hope is lost, it can still be found.

"I'm really happy we were able to get that call," said Rastrelli. "It's like we have a light back into our lives, a nice light."

This story originally reported by Derek Lowe on wptv.com.