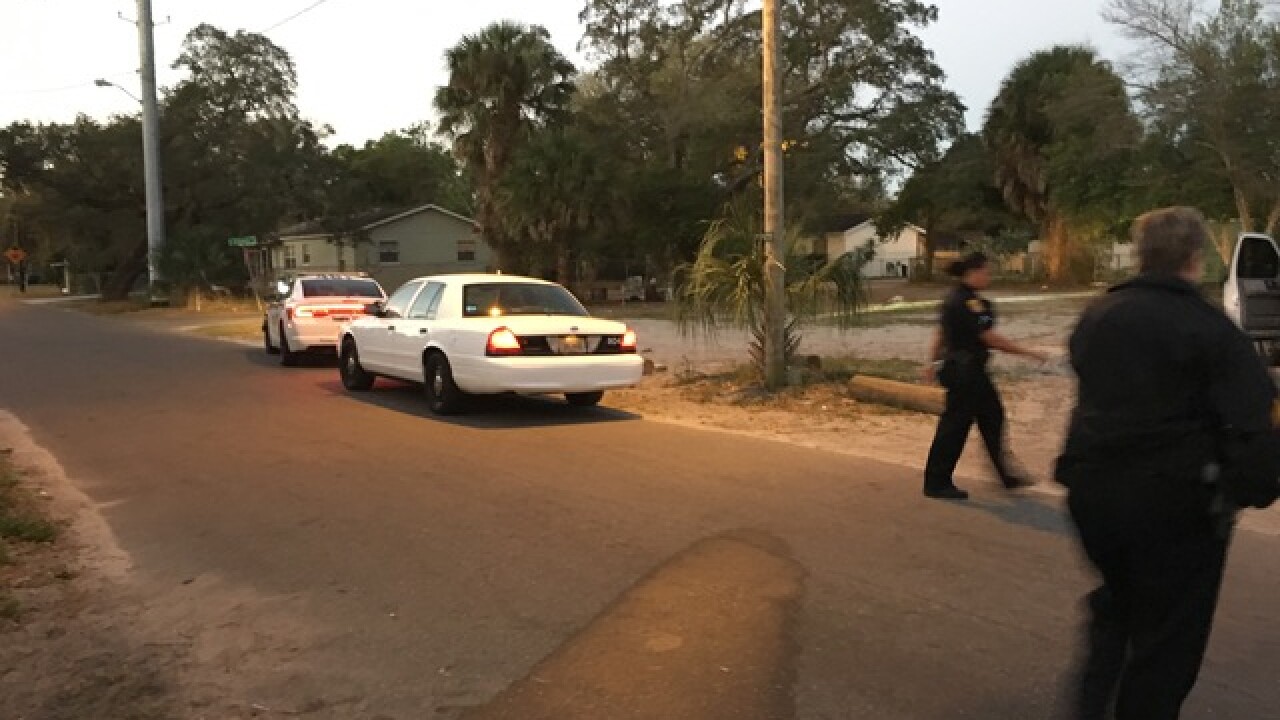 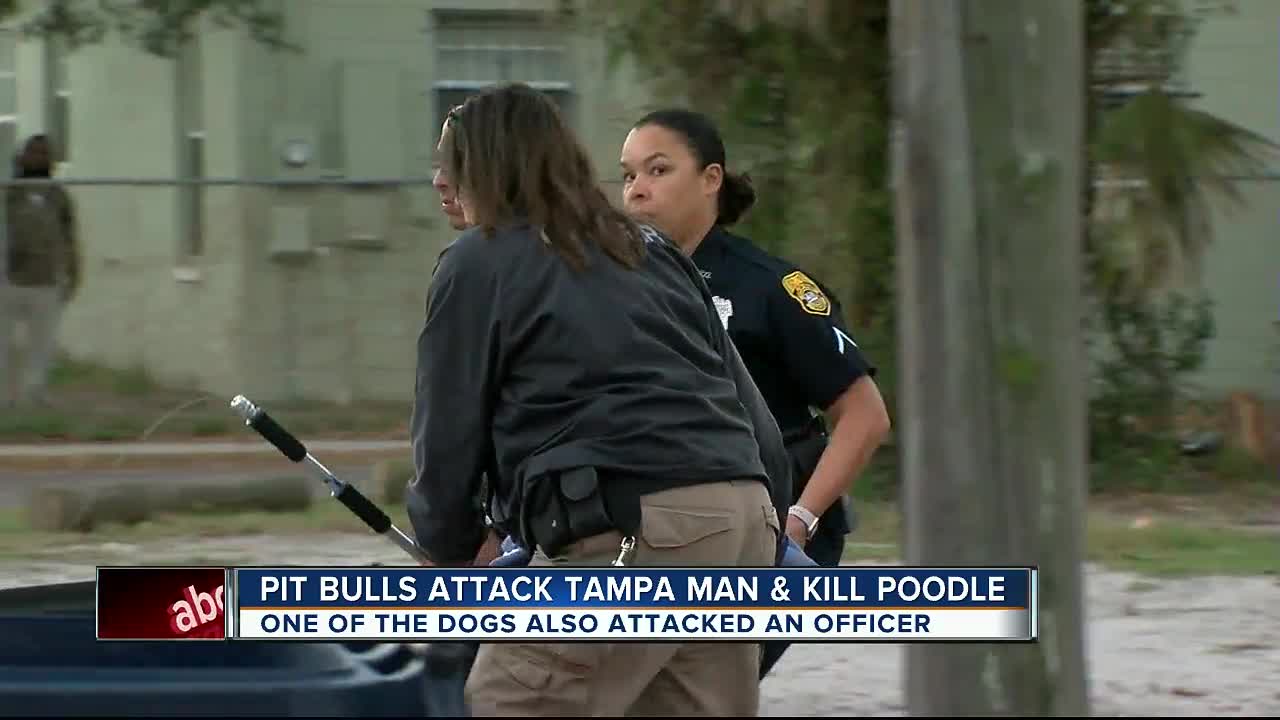 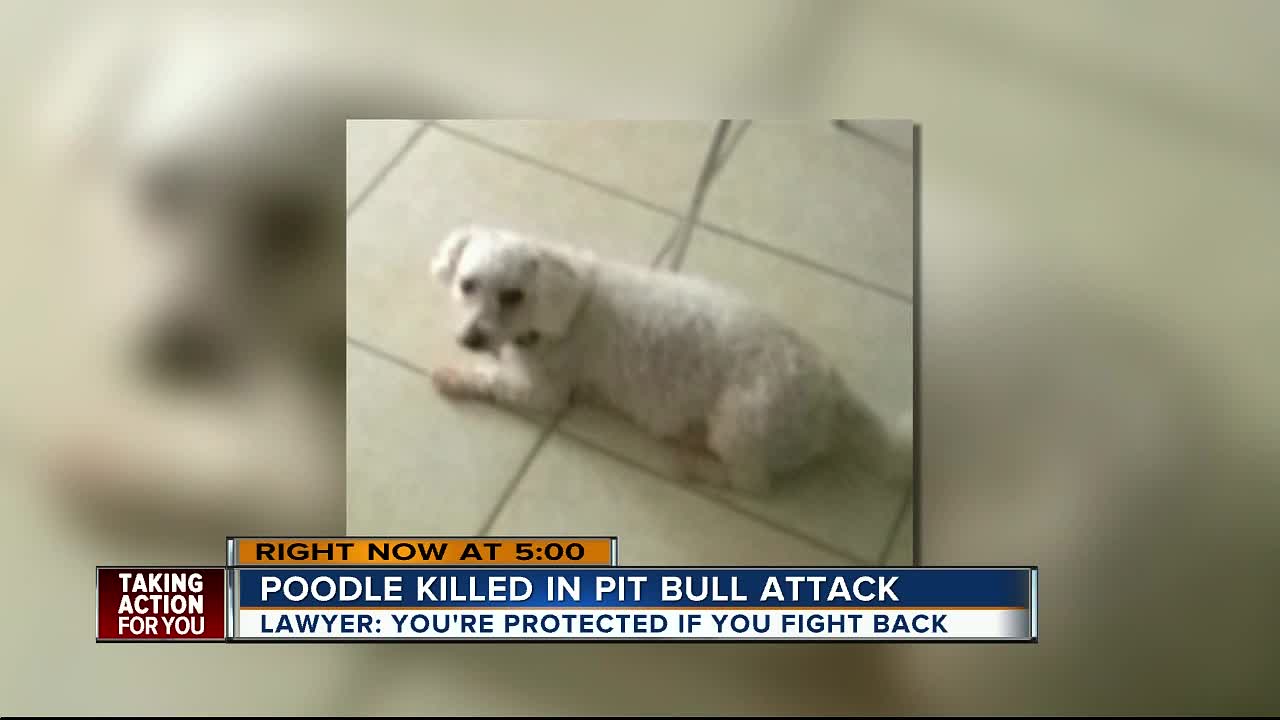 Two pit bulls attacked a Tampa man and dragged away the family’s pet poodle before cannibalizing him. One pit bull also attacked a police officer.
The owner, who lives on 37th St. in Tampa, had just gotten back from work and took his poodle— named Simba— out for a walk like he does every morning. That’s when two pit bulls came out, bit Simba and dragged him away.
Keithroy George tells ABC Action News that’s when the dogs killed Simba and started to eat him. A Tampa Police spokesperson said one of the dogs then attacked a responding officer. The officer shot him dead. The other pit bull was eventually found and restrained. He was taken away by animal control.
The two pit bulls were named Tito and White Boy.
“Vicious, just vicious dogs," described George, "I really am hurt I lost Simba. He's a friend of the family. I’m going to miss him."
George is familiar with the pit bulls. He says he’s been attacked by them before but managed to beat them away with a stick.
He told ABC Action News they’re typically restrained around the neighborhood but he's not sure who the owner is. TPD says this is now the investigation of the Hillsborough County Animal Control Services. They will be the ones to find the owner and decide on whether or not to press charges.
Furthermore George said, despite losing his pet, he feels thankful because he typically takes his 10-month-old granddaughter on these morning walks. Today he decided not to.
Copyright 2017 Scripps Media, Inc. All rights reserved. This material may not be published, broadcast, rewritten, or redistributed.