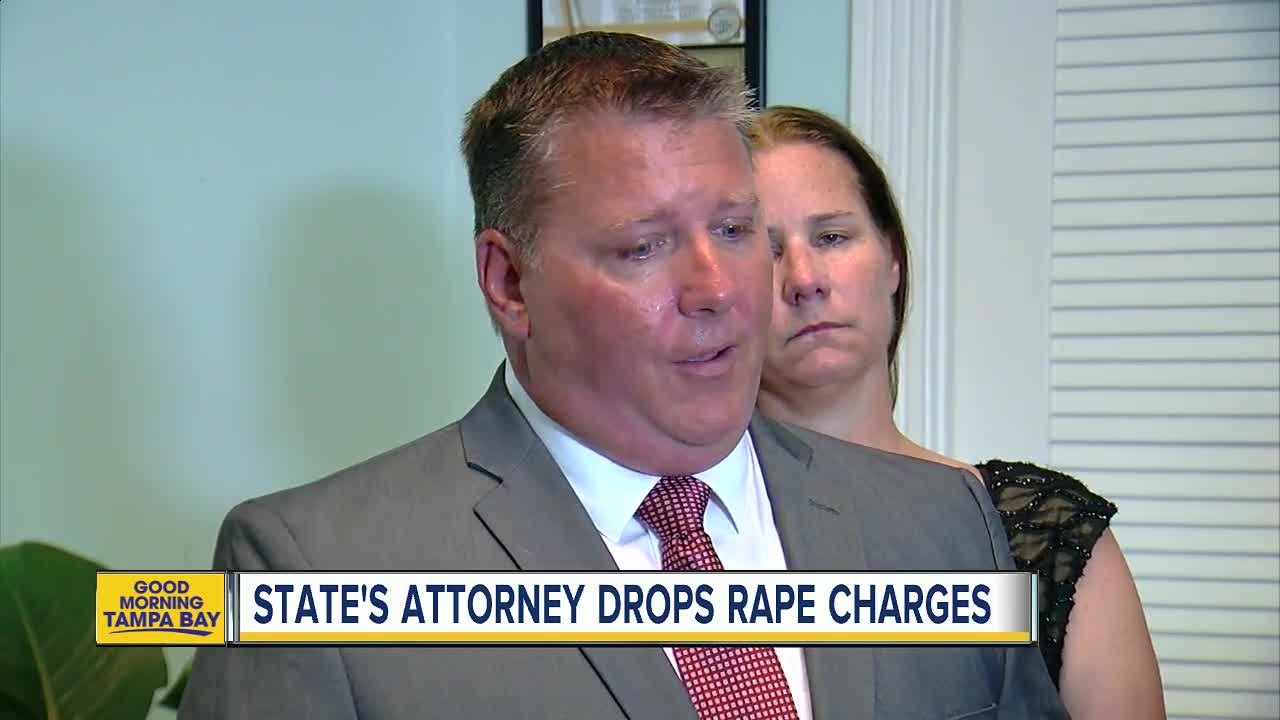 A former Tampa Police officer accused of sexually assaulting a woman he pulled over 2 years ago will no longer face charges. 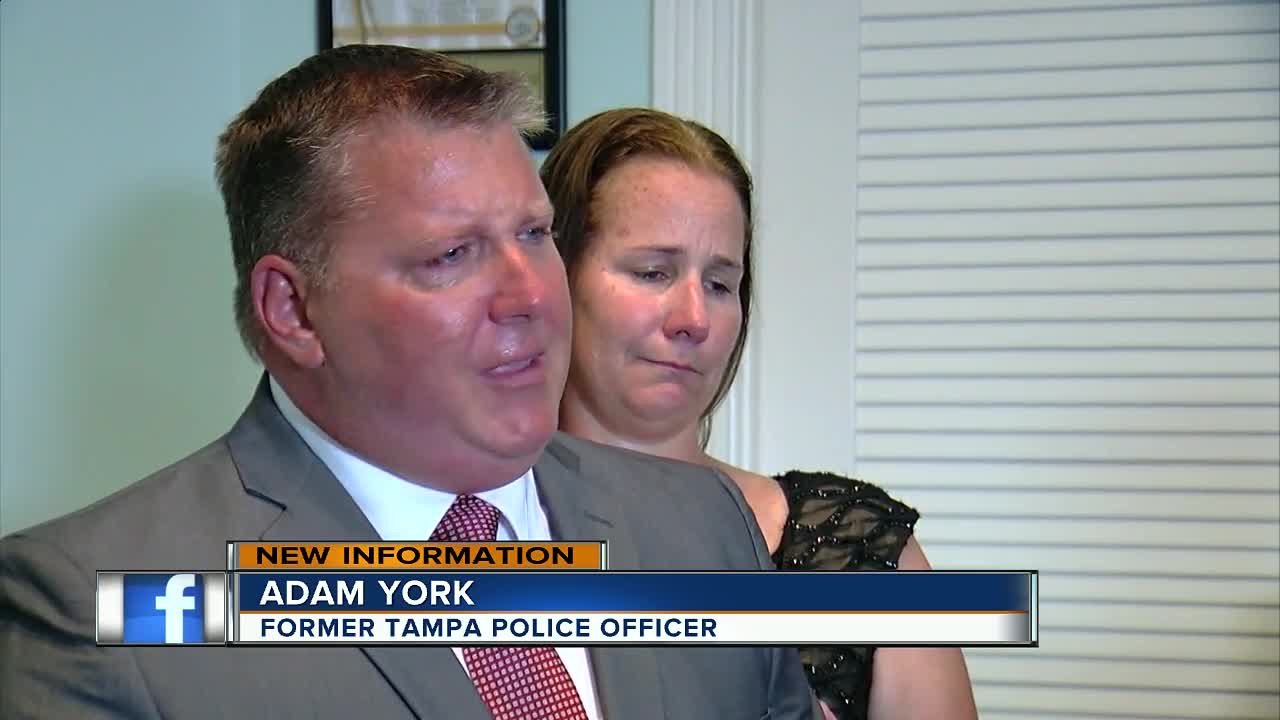 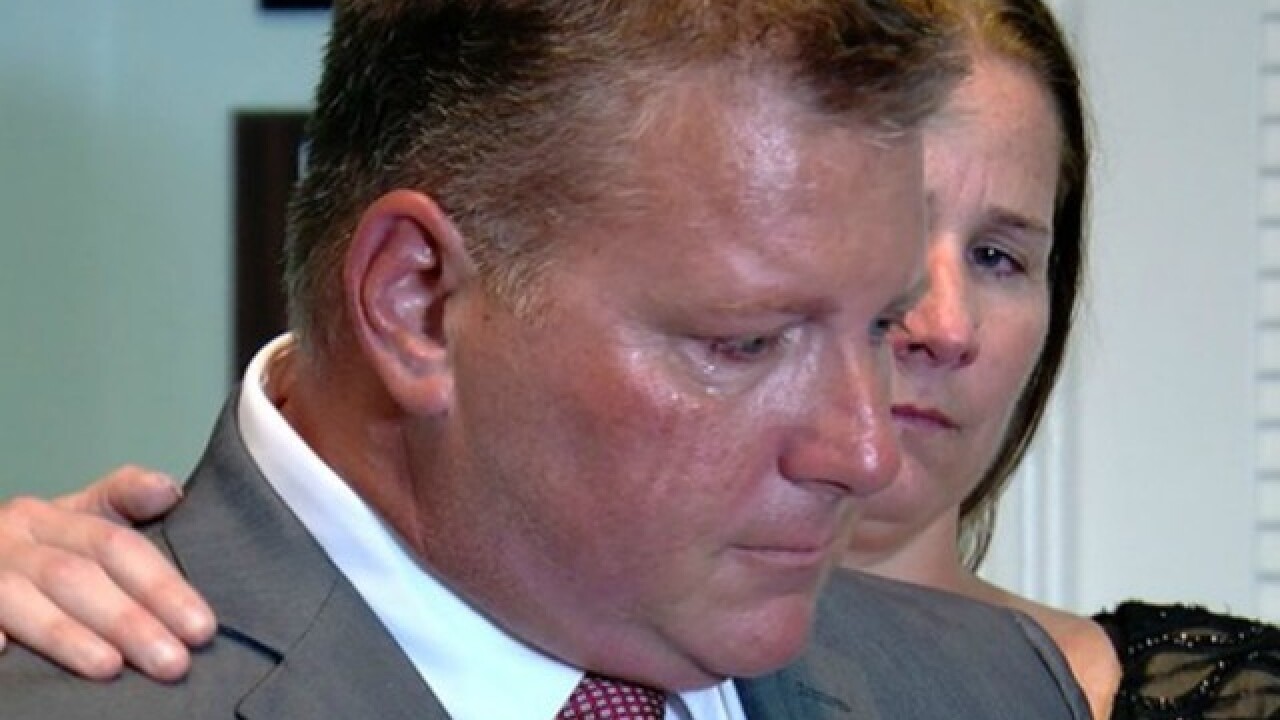 TAMPA, Fla -- A former Tampa Police Officer accused of sexually assaulting a woman he pulled over 2 years ago will no longer face charges.

The state attorney's office threw the case out. Adam York’s attorney, Richard Escobar, says Tampa Mayor Bob Buckhorn should give him his job back and backpay for the time he missed from work.

The woman, who has not been named because of the nature of the alleged crime, says York pulled her over in the parking lot of the Westshore mall in 2016 and asked her to pull her pants down. She says that’s when he sexually assaulted her.

York denies that happened and says there are mounds of evidence to prove those are false accusations. York’s lawyer says there are a lot of inconstancies in the woman’s story.

He says the touch DNA a lab found on this woman’s underwear was about the same size as a drivers license. He says that’s important before York touched her driver's license during the traffic stop, which they believe she used to transfer his DNA onto her underwear.

“When you’re the one who's been accused and you know you're innocent, you’re angry from day one. From day one you’re saying 'I didn’t do this' and you’ve got all kinds of evidence, and everybody's just ignoring it,” York said. "They had a plan, and they were going with it, and they weren't going to let me stop that and they weren’t going to let facts get in the way."

Escobar gave ABC Action News a copy of text messages the accuser sent to her partner where she says she is, “getting millions from that cop case.” He believes her motive in all of this was money.

York says his life has been ruined by these accusations.

“I had to tell my daughter last night about bad touch, being accused of bad touches: my 8-year-old daughter,” he said. “The school's going to hear about this, her friends, she’s going to read about this on the internet, the horrible things said about me and she’s going to have to live with that. This is never going away.”

The Tampa Police Department released a statement standing by their decision to fire him.

The State Attorneys Office has notified us that the charges against former Tampa Police Officer Adam York were being dropped. The decision by the State Attorney has no bearing on our decision to fire Adam York. His status with our Department has not changed.

Tampa Police investigated the allegation thoroughly and with a sense of urgency. We consulted with the State Attorneys Office at every step in the process. As soon as we learned that our officer might be involved, we pulled him off the street in order to protect the public. As soon as we learned that DNA evidence incriminated Adam York, we gave him an opportunity to explain.
His response was contradicted by the evidence and he was fired for not maintaining the expected standard of conduct and for untruthfulness. We stand by our decision.

I hope that the comments made by Adam York's attorney today don't have a chilling effect on victims of sexual assault and cause them to be reluctant to come forward.

York’s father, Richard York, was at the press conference held Tuesday. He told media outlets he’s used some of his retirement money to help his son get by. He says watching how his son has handled all of this makes him very proud.

“As a proud father, you go through this, you see your son finally being exonerated on something you knew he didn’t do from the beginning. So, I couldn’t help but look at him and say 'that’s my son,'” he said.