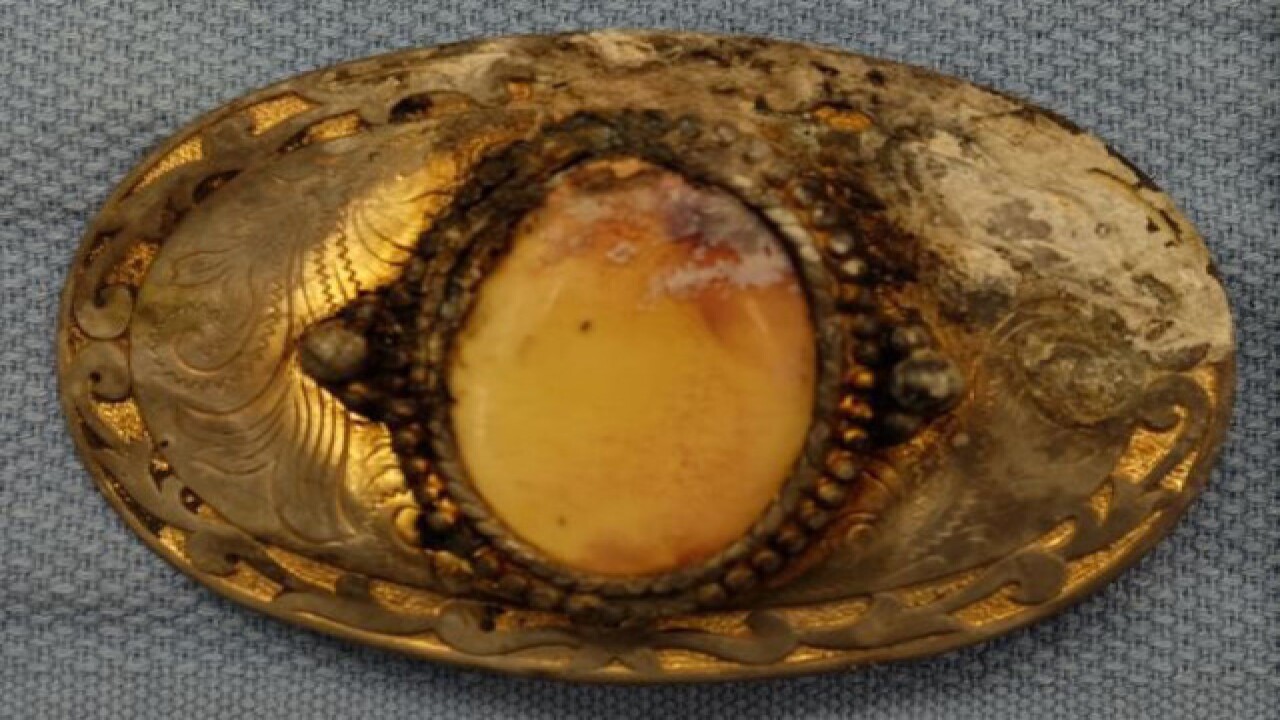 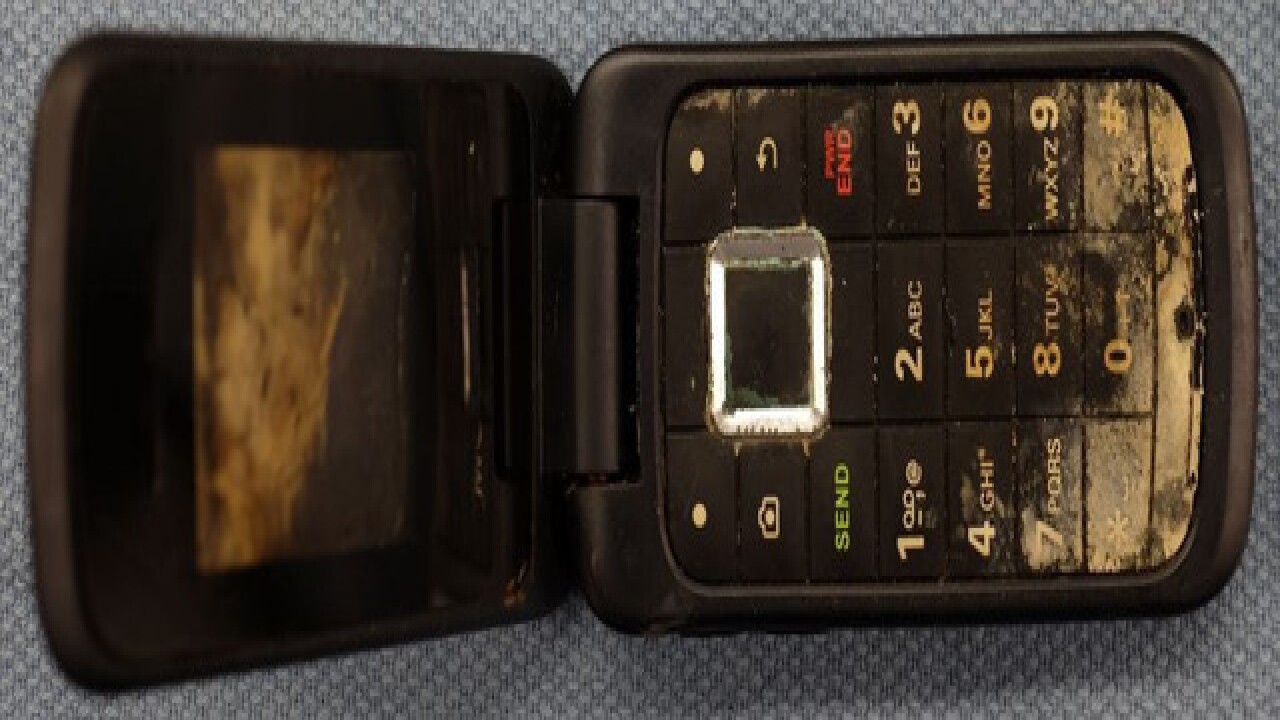 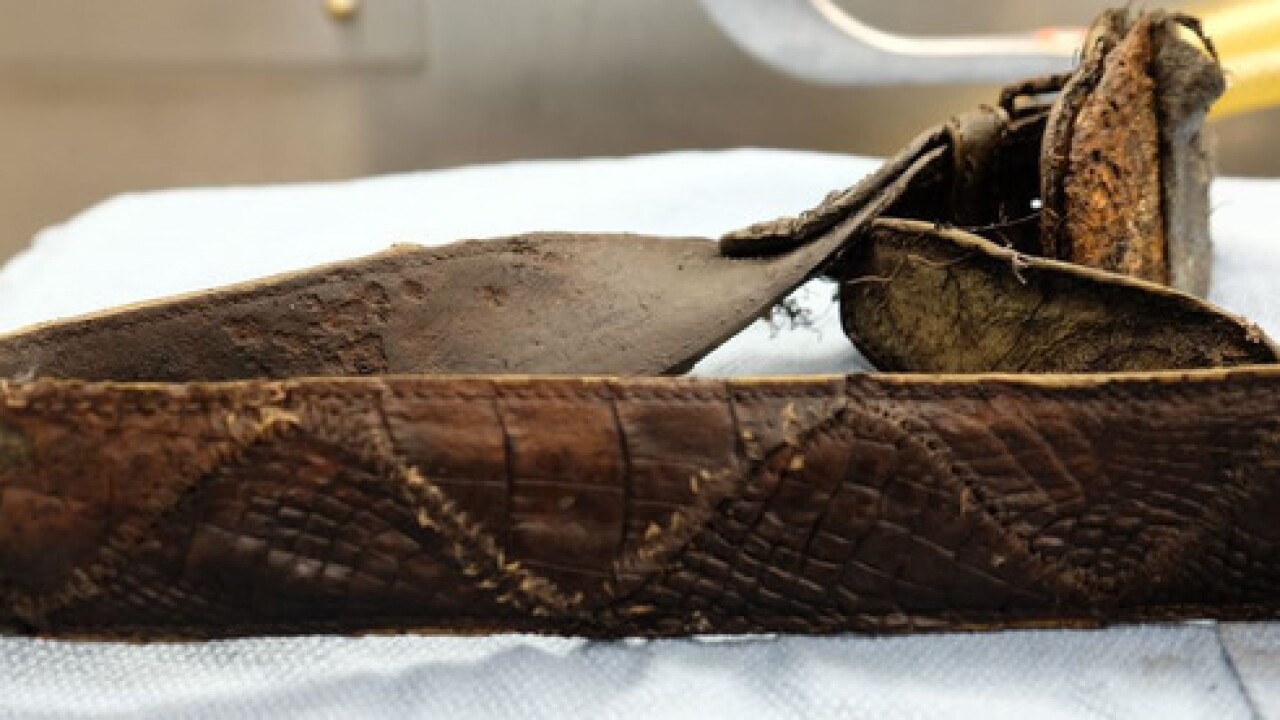 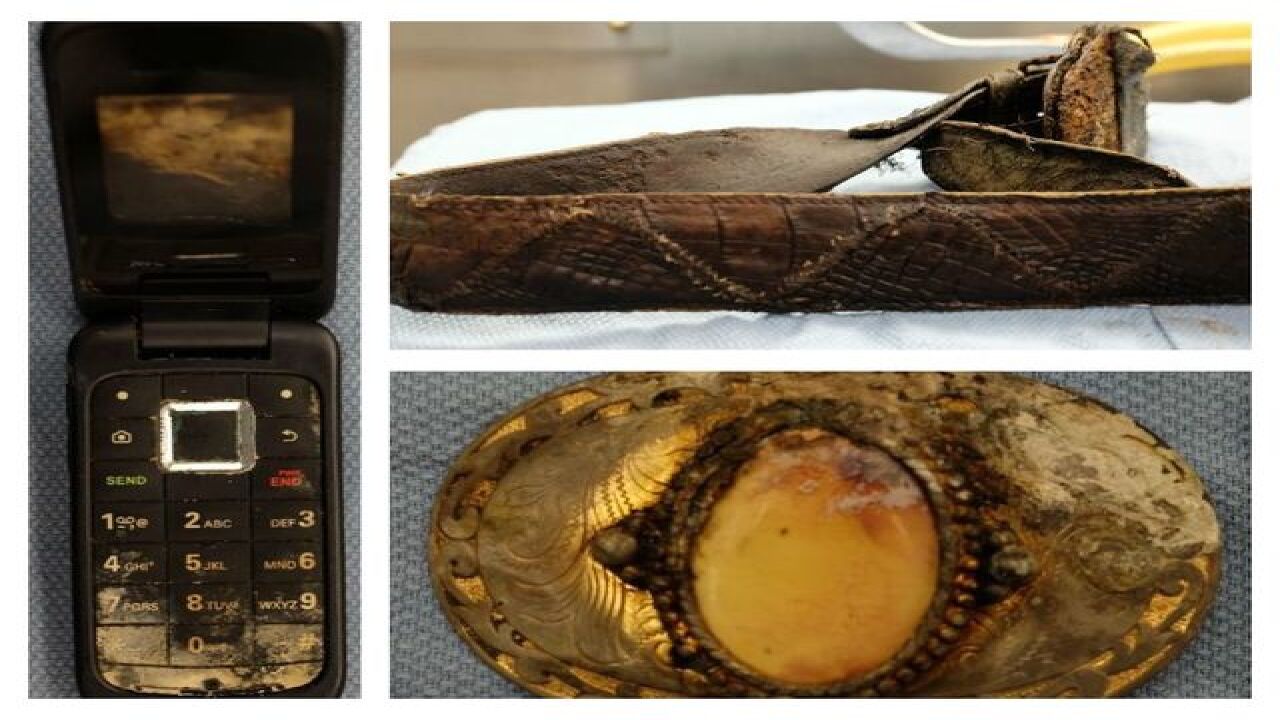 The Sarasota County Sheriff's Office is releasing photos of personal items found with remains discovered last week in the 100 block of Cattlemen Road, Sarasota, in hopes of identifying the deceased.

While the subject is still unidentified, the Medical Examiner can confirm it is a man, over 45 years old and possibly in his 60s, and small in stature. He had healed rib fractures, his second toe on his left foot had a healed fracture as well, and the man suffered from gout. The subject had most of his teeth intact and no apparent dental restorations.

While the manner and cause of death has not been determined, detectives believe the body may have been there since the winter of 2013-2014. A 2012 penny was found in his pocket so the death occurred since that time.

Anyone who recognizes these items is asked to call Criminal Investigations at 941.861.4900.