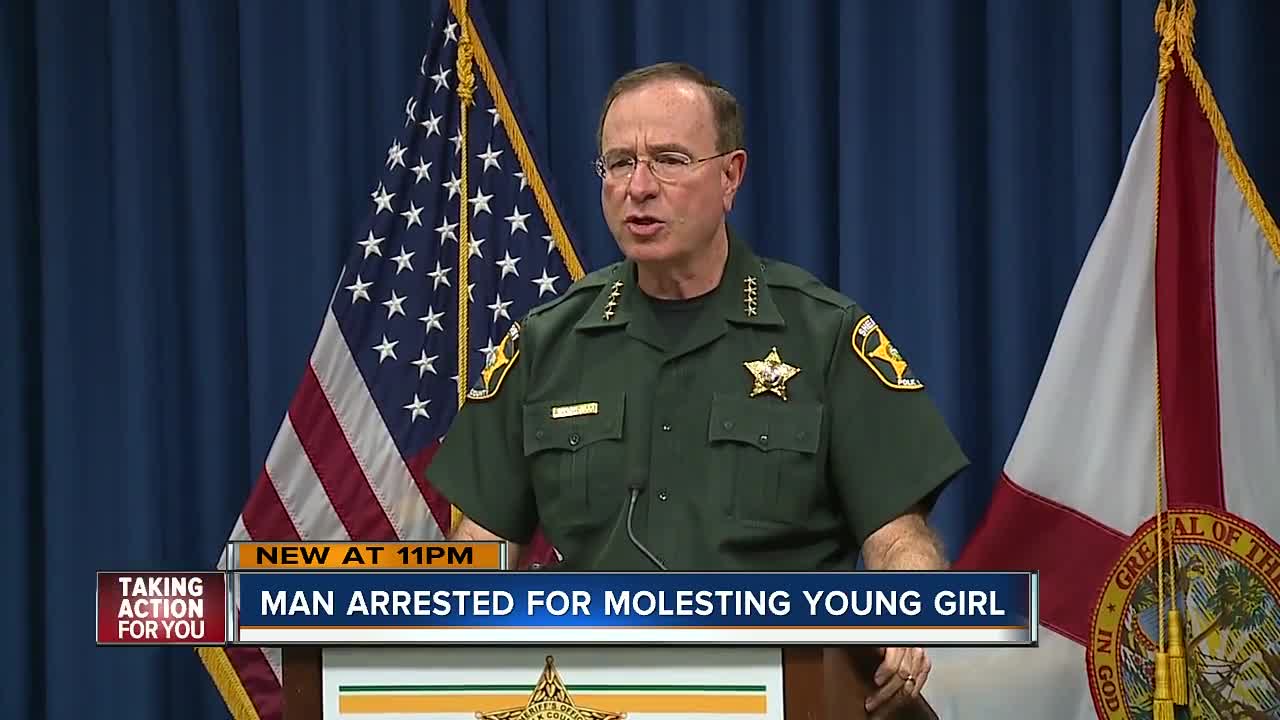 An Auburndale man was arrested Tuesday and charged with eight felonies related to sexual abuse of a child, deputies say. 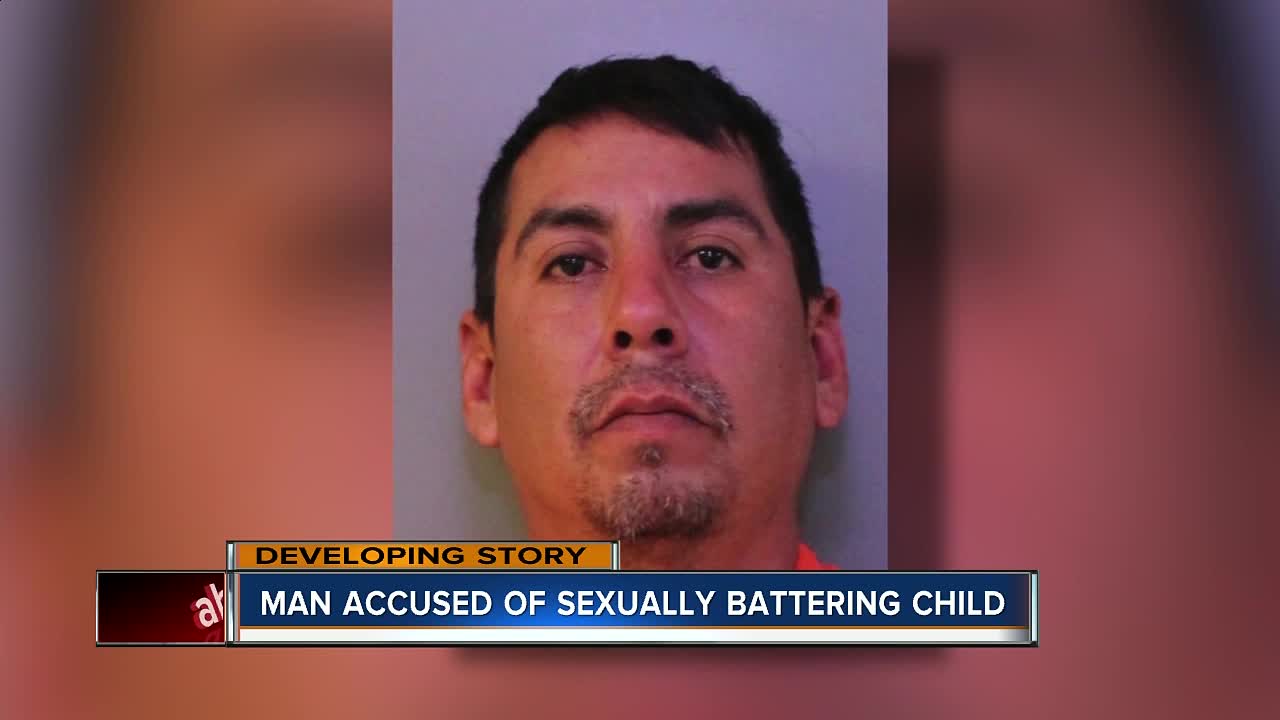 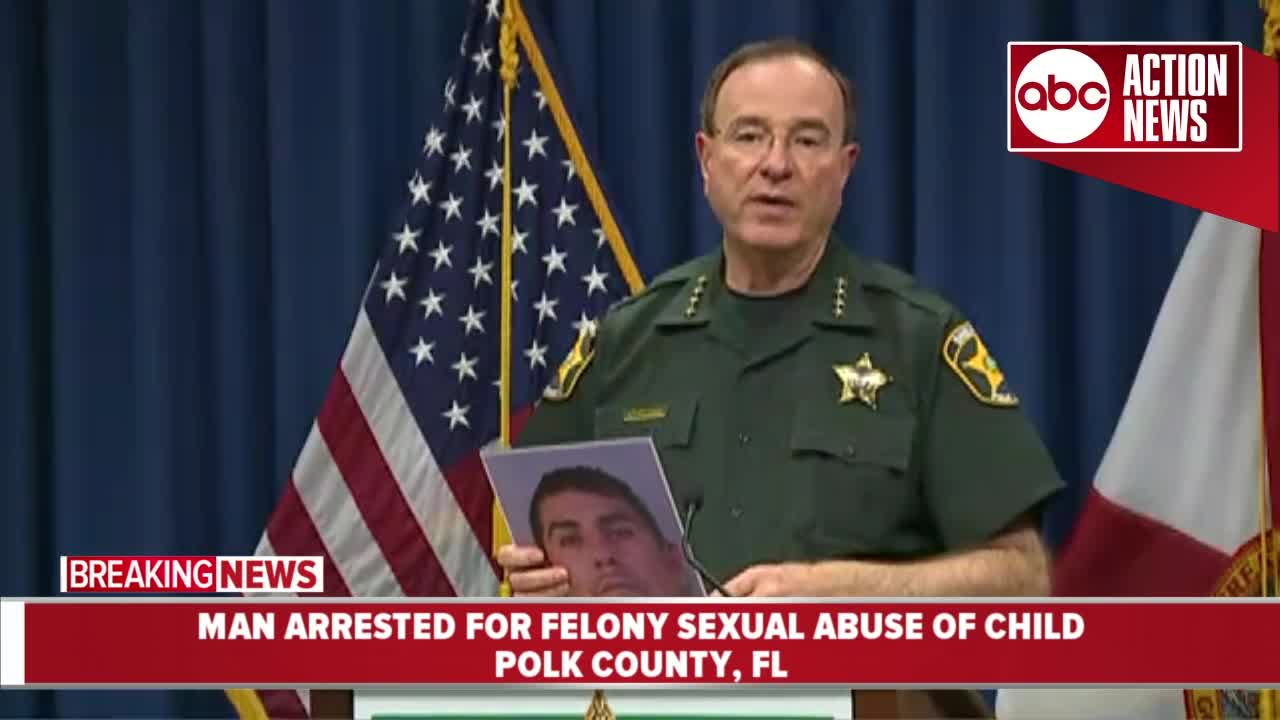 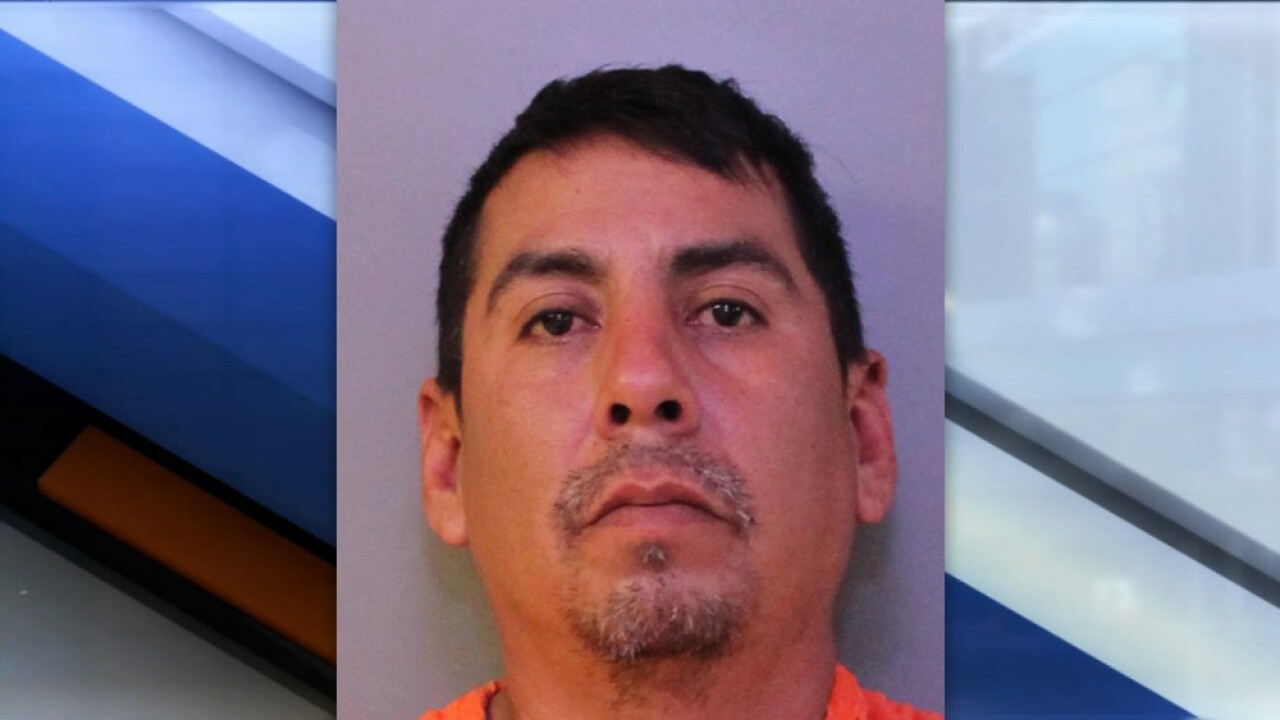 POLK COUNTY, Fla. — A man in Polk County was arrested Tuesday and charged with eight felonies related to sexual abuse of a child, deputies say.

Deputies say when asked how many times he committed a specific type of sexual battery, Calderon said "hell I don't know."

Detectives say during an interview Calderon admitted to sexually battering the child and taking sexually explicit photos. The photos were located on Calderon's phone by detectives.

They also say they found a sex toy in the suspect's dresser that the child had described.

The child told an adult of the photo's on Calderon's phone, the sheriff's office says. Deputies say the child said that Calderon had repeatedly sexually battered her starting when she was 7 years old.

"Calderon's continued molestation and sexual battery against this child is unconscionable," Polk County Sheriff Grady Judd said. "He preyed upon her and groomed her to commit these horrific acts. We are going to make sure he is held accountable for his actions."

Calderon is being held in the Polk County Jail on $400,000 bond and two counts of no bond.

Calderon told investigators he is in the country on an expired work visa.

"We have an ICE warrant that said he is removable from the country," Judd said in a press conference Wednesday. "However, other data we've gathered says, well, he's here on a valid work permit and he was in the process of applying for permanent residency."

He's been arrested eight previous times, six of which were for driving with a non-valid, suspended or revoked drivers license. His other arrests are for probation violation, possession of K-2 and possession of drug paraphernalia.