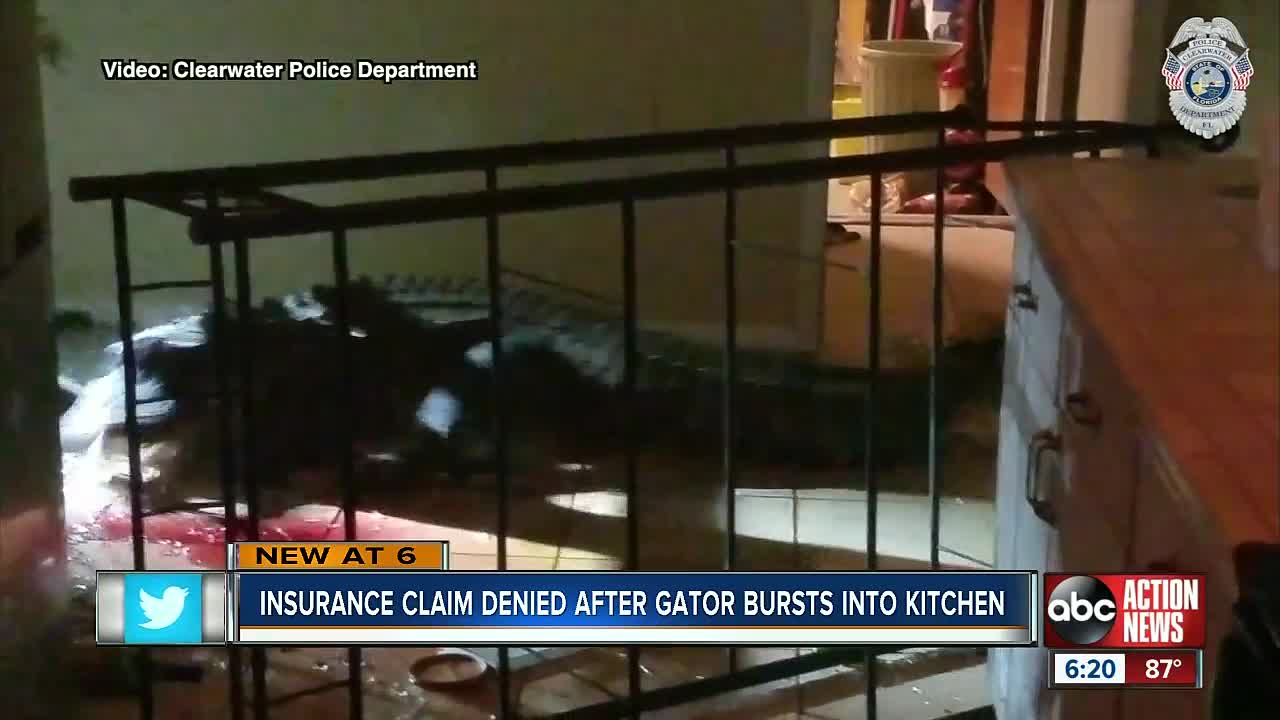 A Florida woman is stuck with a lot of damage at her home after an alligator broke into her kitchen. 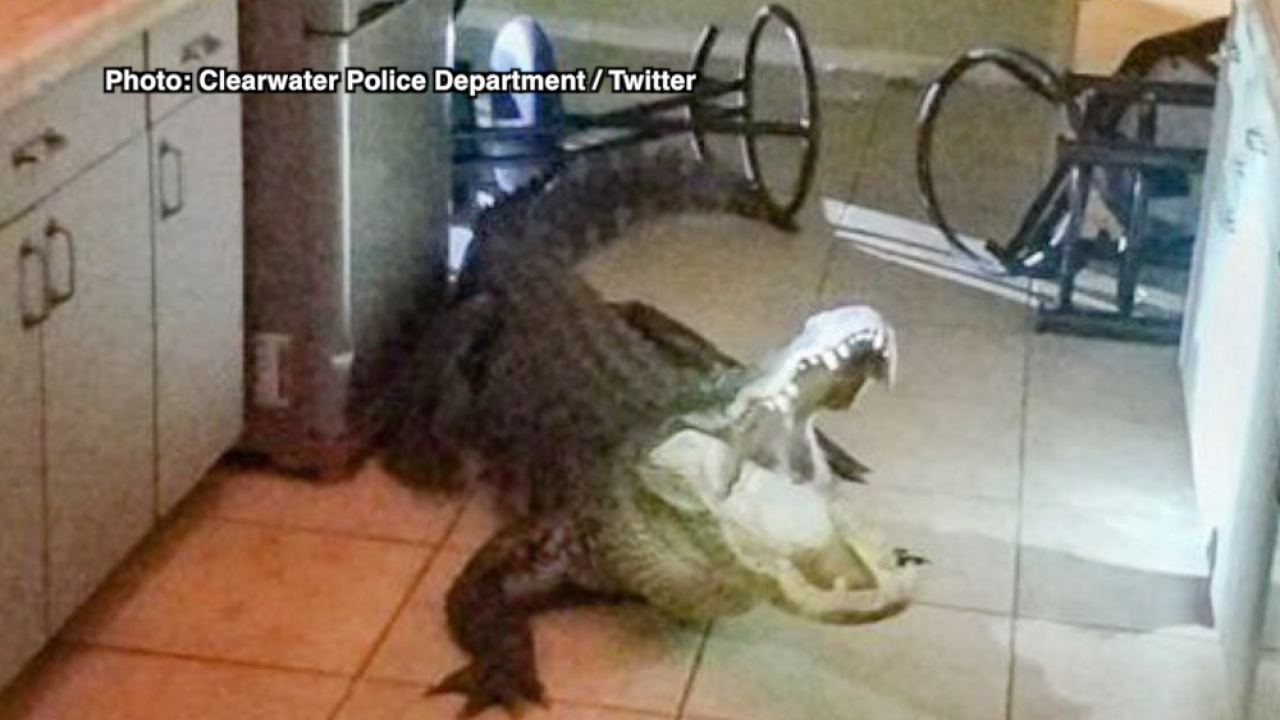 CLEARWATER, Fla. — The insurance claim brought by a Clearwater woman after an 11-foot alligator broke into her kitchen has been denied.

It happened in the early morning of May 31. The huge alligator smashed through the window of 77-year-old Mary Wischhusen's Clearwater condo and into her kitchen, breaking wine bottles and putting giant holes in her wall.

"The reason he went in the house is because he saw his face on the glass and its mating season and he was in a hurry," said Wischhusen.

In a hurry, Wischhusen says, unlike her insurance company that just got back to her after weeks, denying her claim to fix the window.

"They’re not going to cover it because they don’t cover gators," said Wischhusen.

She says her condo association doesn’t cover windows and she can’t afford to fix it.

We looked at Wischhusen’s policy and it does exclude damage from several wild animals including reptiles.

"Your best bet is to try and get the broadest language in a homeowners contract," said Roeling.

Wischhusen hasn’t gotten an estimate yet but she hoped her insurance company would make an exception to the rule because of the freak nature of the damage.

"It’s a gator that went into a house and gators don’t go into houses," said Wischhusen.

Florida Peninsula Insurance got back to ABC Action News on Wednesday afternoon saying their policies do not cover wild animal damage and unfortunately, there are no gray areas because making exceptions would affect rates.