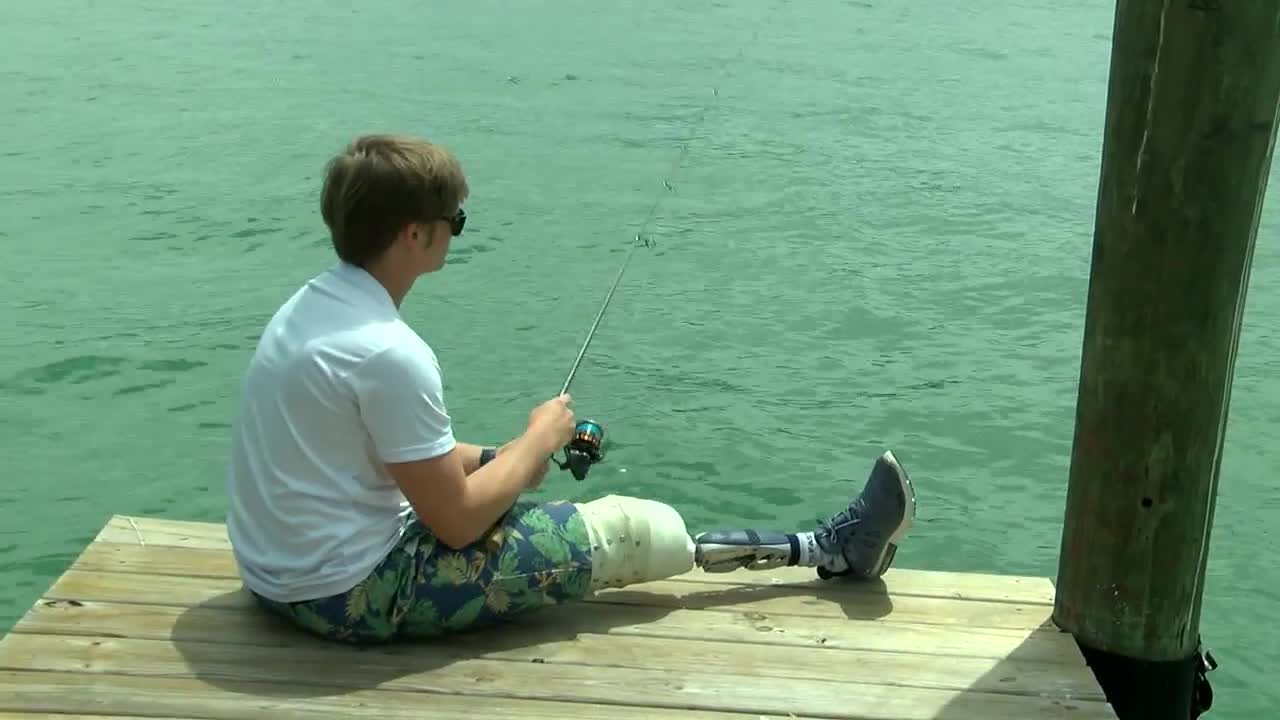 Lawson knows first hand about the cost, and started a foundation called Rise Up Never Give Up, to help other kids overcome the struggles he's facing of trying to find the right prosthetic to be active in. 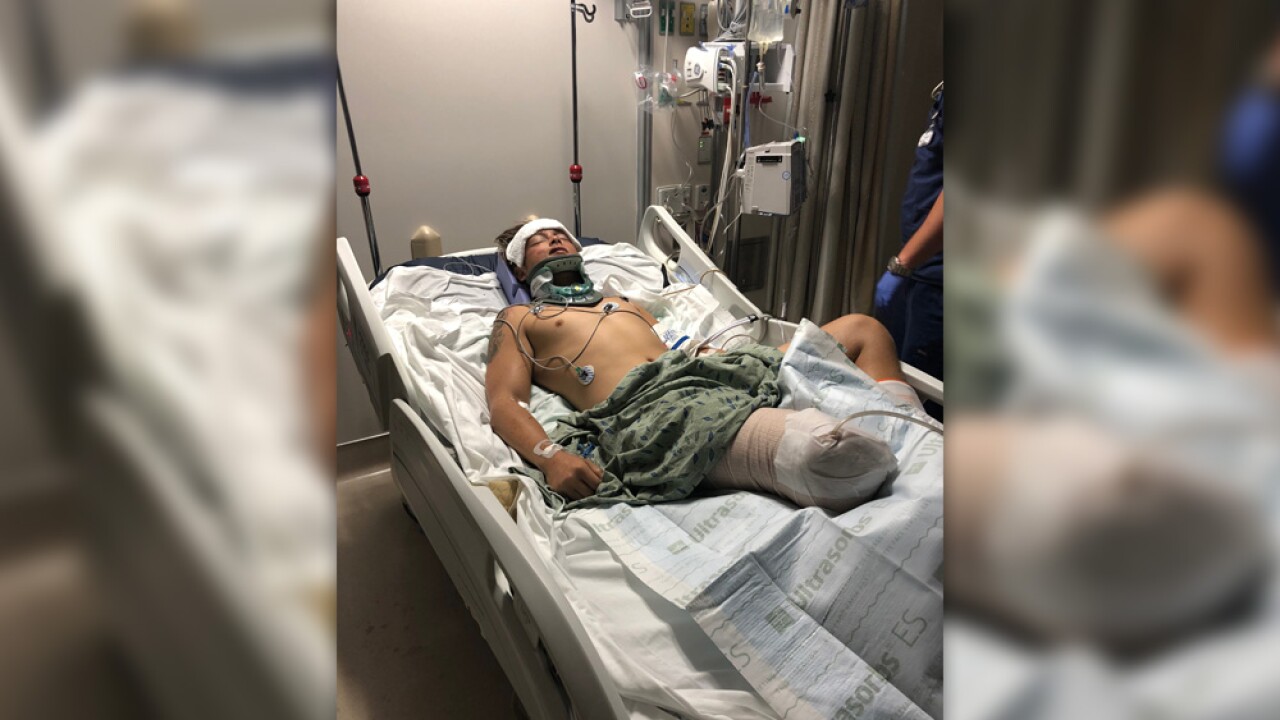 Kevin Lowman had just moved to Florida after high school, getting ready to start his next adventure in life, when he was hit by a driver who ran a stop sign on St. Pete Beach.

Lowman, 19, was on his motorcycle when he lost part of his leg from the knee down.

The athletic teen had hopes of weightlifting. At one point he even considered continuing lacrosse or football after high school.

His family moved to St. Pete Beach, and he thought it would be the perfect place to ride his motorcycle after coming from up north.

The day of the crash, Lowman said a doctor visiting from Michigan helped save him by rushing to his aid and putting his hand on the wound.

"The first-responders said I would have bled out in minutes," recalls the teen.

Lowman said he's realizing now that it was truly a greater power that put that doctor near the crash site. "God was straight up holding me in his hands though, I could have lost legs, my arm," he said.

Now grateful to be alive, he's opening up about the struggles of going through such a traumatic experience.

Lowman also struggled with finding the right prosthetic to try and keep his active lifestyle.

The 19-year-old said the cost is high for a prosthetic, his next one will cost $6,000 and that's just for the knee part.

Lowman knows first hand about the cost, and started a foundation called Rise Up Never Give Up, to help other kids overcome the struggles he's facing of trying to find the right prosthetic to be active in.

Along with the financial burden, Lowman wants to help with the physical and emotional toll it takes on young athletes.

Lowman hopes to get partnerships and volunteers to help other and will use funds from T-shirt sales and events for others.

He's asking for people to sponsor an athlete, share the cause, buy a T-shirt, or volunteer.