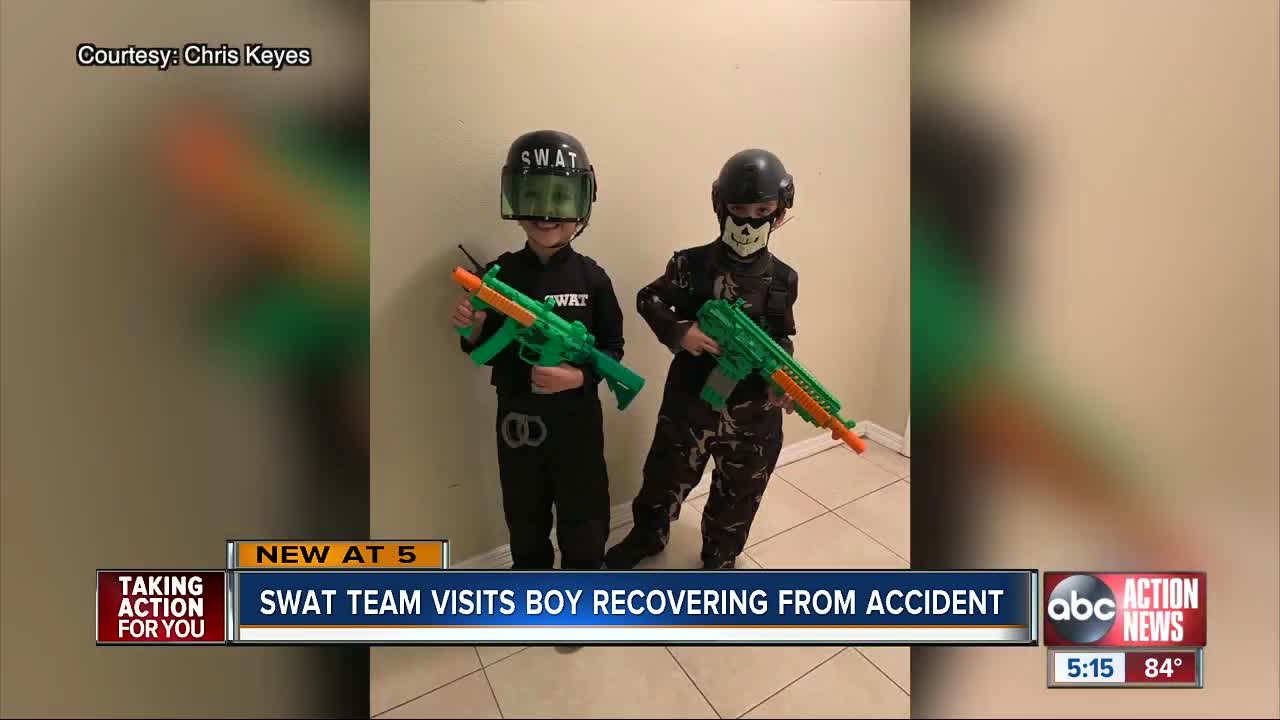 A 6-year-old boy who was hit by a truck while trick-or-treating got a visit from the Pasco County SWAT Team on Wednesday. Story: https://wfts.tv/2NnFh9n 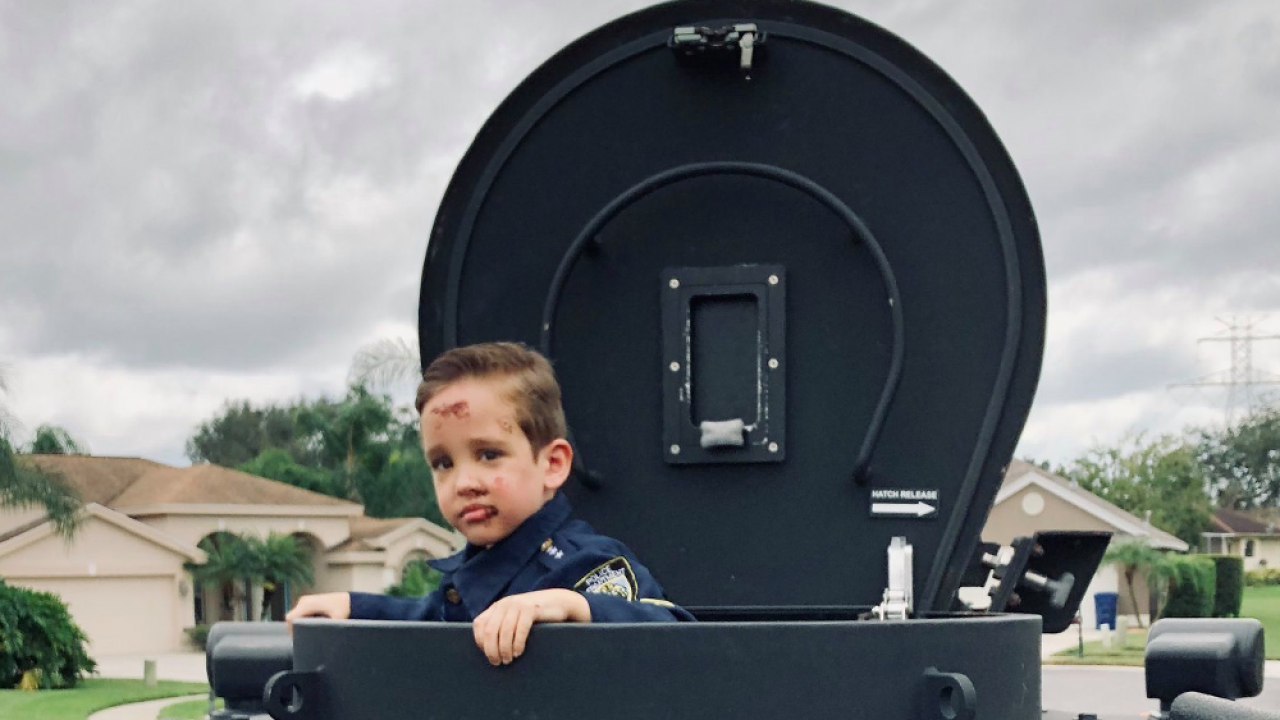 TRINITY, Fla. — A 6-year-old boy who was hit by a truck while trick-or-treating last month got a visit from the Pasco County SWAT Team on Wednesday.

“It was scary,” said Dominic Keyes.

He says he doesn’t remember much about that night, aside from the impact.

She and her husband were with their twin boys in the lighted crosswalk on Starkey Boulevard when the truck hit Dominic. The driver stayed with the family until first responders arrived.

"It wasn’t until he started crying that I like knew, oh god he’s alive, he’s alive. At least that’s something,” said Darlene.

Almost a week day, Dominic's quick recovery has surprised everyone — even the Pasco County Sheriff's Office SWAT team. They stopped by after they heard Dominic was dressed as a SWAT member Halloween night.

RELATED: 6-year-old hit by truck while trick-or-treating recovering in hospital

Meanwhile, down the street from where the crash happened, Tim Shea and his wife have been collecting donations at their salon Beauty Lounge of Trinity. The donations are being collected in the bucket Dominic was carrying when he was hit.

They’re also begging neighbors to contact Pasco County Commissioners about getting a traffic light at that intersection.

RELATED: 6-year-old boy flown to hospital after being hit by truck while trick-or-treating in Trinity

"Normally there’s never a change until something drastic happens and that’s usually a death,” said Shea.

Starting at 4 p.m., they're asking people to bring candy and hand it out to Dominic so he can get to do the trick-or-treating he missed out on.