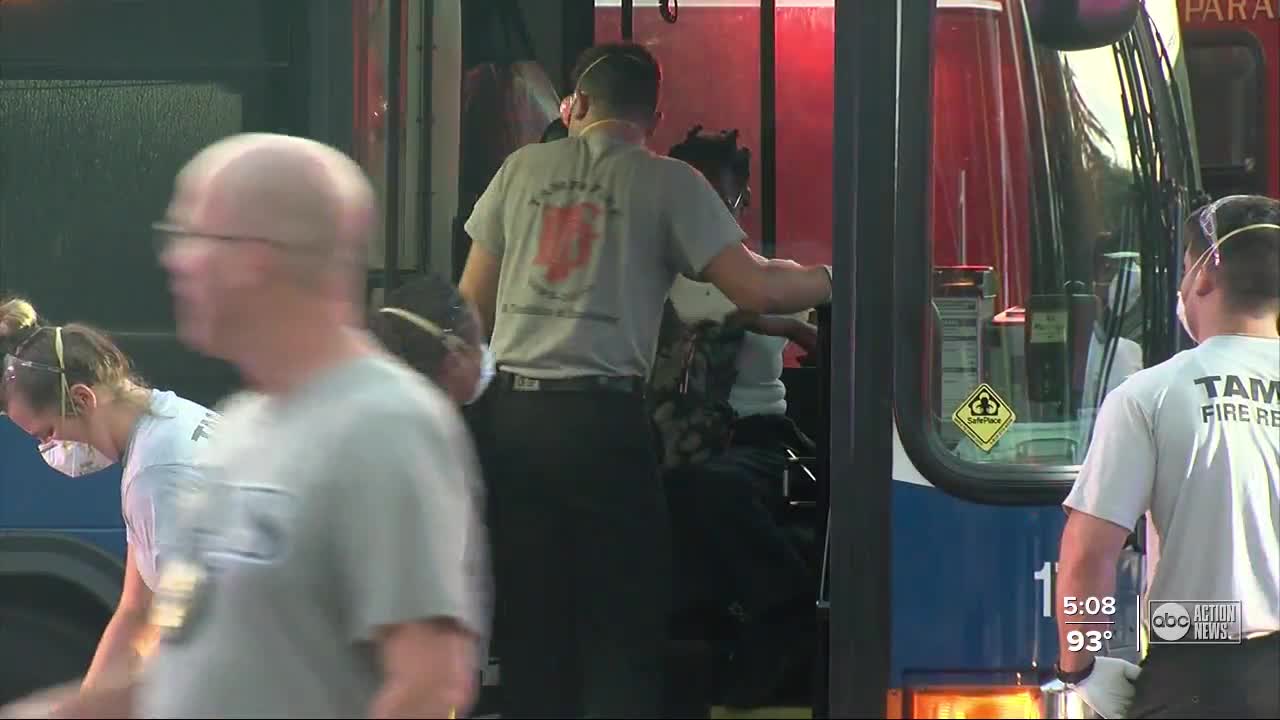 A HART bus driver was taken to the hospital Tuesday morning after something hit the windshield of her bus. 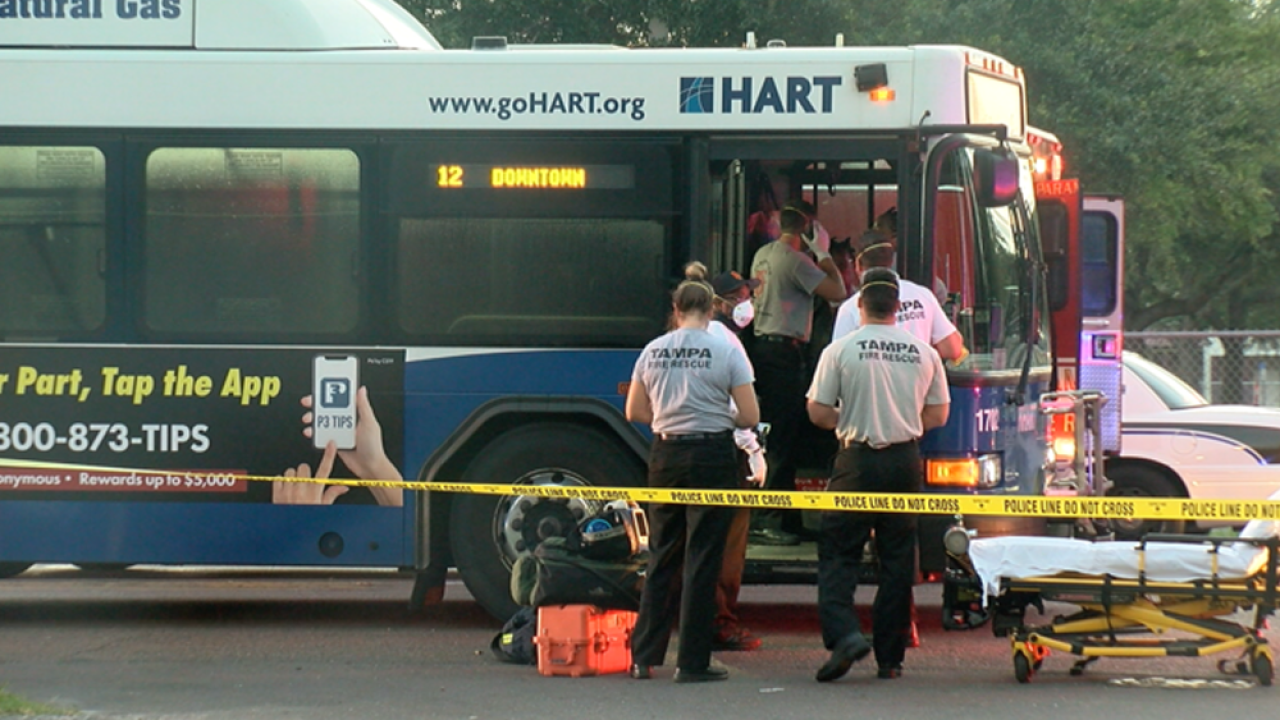 TAMPA, Fla. — A HART bus driver was taken to the hospital Tuesday morning after something hit the windshield of her bus.

“It just happened so fast,” said Gretta Wright, who was riding in the back when the incident happened.

The driver of the bus was injured when shards of glass propelled towards her.

The bus had just passed the light at 22nd and Hillsborough when it happened, according to Wright.

“We all ran towards her and sure enough she was bleeding from the neck,” Wright said.

The driver held Wright’s hand until paramedics and police arrived.

Tampa Police combed through the security cameras on the bus to make out what slammed into the windshield. They believe it was a rock but don’t know where it came from. They said it could have ricocheted off something, or someone could have thrown it at the bus. It’s why TPD is still investigating.

“I’m hoping she’s OK but right now I’m still nervous and everything because I can’t believe this happened early in the morning on my way to work,” Wright said.

If you spot road debris on an FDOT highway — FHP says you can dial *FHP to have them safely remove it.