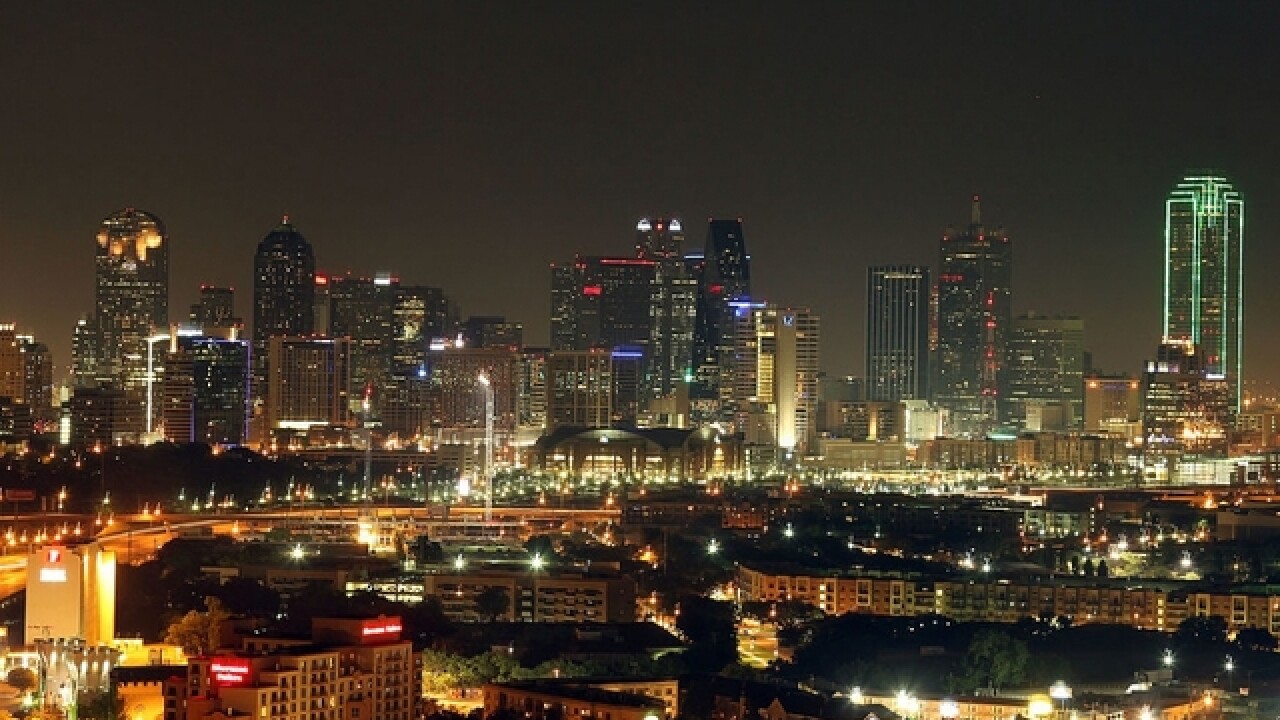 A person near a Dallas protest where multiple police officers were shot and killed published video to her Twitter page that shows the city, and lots of shots are heard.

I am so scared. pic.twitter.com/jw88QnKGXG

"Oh my God," the videographer can be heard saying repeatedly as she is filming. Someone else is heard saying, "this is not just one person."

At least four police officers were killed, and 11 wounded. One civilian was also wounded.

Police said there are four suspects in the shootings, and as of 1:45 a.m. Central Time Friday, three were in custody and police were zeroing in on the fourth.