US homes sales improved in June, best pace since early 2007 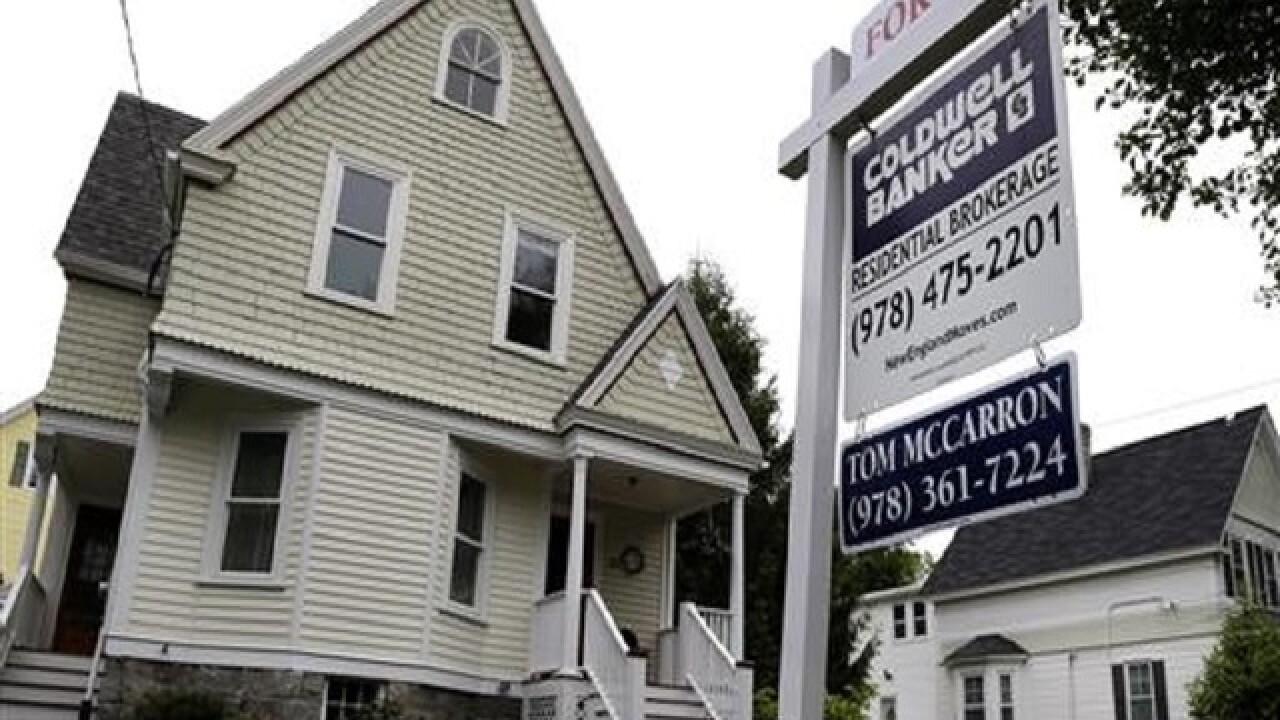 By: Associated Press
Posted at 8:53 PM, Jul 21, 2016
WASHINGTON (AP) — Americans bought more homes in June, the fourth straight monthly gain as the sales rate reached its highest level in more than nine years.
The National Association of Realtors said Thursday that sales of existing homes rose 1.1 percent last month to a seasonally adjusted annual rate of 5.57 million, the best performance since February 2007. Buyers are quickly making offers amid tight supplies of homes on the market, boosting prices as the traditional buying season reached its crescendo. The solid job market and mortgage rates near historic lows have kept demand steady, even though the number of listings on the market has dropped.
But continued sales gains appear to be limited this year because of the acute shortage of listings. The meager supplies have fueled price growth that has eclipsed wage gains while forcing buyers to either save more for down payments or borrow more heavily. The result is that sales likely peaked in June, as data from the Realtors show the pace of signed contracts and open house visits have slipped.
Sales rose in the Midwest and West last month, while staying unchanged in the South and slipping in the Northeast.
The median home sales price was $247,700 in June, up 4.8 percent from a year ago. That increase is roughly double the pace of average hourly wage gains.
Individual investors are retreating from the housing market, being replaced by first-time buyers. First-timers comprised 33 percent of June sales, their highest share of the market in four years.
Despite the improving prices, the number of listings on the market has fallen over the past year. Many homeowners are still rebuilding equity that vanished when the housing bubble began to burst almost a decade ago. Even though prices are within striking distance of their peaks, these homeowners would be unable to generate enough of a profit from a sale to pay for the expense of purchasing a new home.
The number of listings has fallen 5.8 percent from a year ago to 2.12 million.
Many current homeowners are choosing to update their current properties, a possible sign of either their desire to stay put or their plans to list the property for sale in the future. Interest in bathroom and kitchen renovations have picked up this year, according to an index released this week by the remodeling firm Houzz based on the business seen by architects, interior designers and contractors.
A separate indicator on remodeling activity by the Joint Center for Housing Studies at Harvard University is also accelerating at a pace above its historical average.
"By the middle of next year, the national remodeling market should be very close to a full recovery from its worst downturn on record," said Abbe Will, research analyst at the Joint Center. "Annual spending is set to reach $321 billion by then, which after adjusting for inflation is just shy of the previous peak set in 2006 before the housing crash."
Builders have increased the pace of home construction, yet that has done little to relieve supply pressures. The Commerce Department said Tuesday that June housing starts rose 4.8 percent from a month ago to a seasonally adjusted annual rate of 1.19 million.
The employment outlook has also given more Americans the confidence to buy. Hiring rebounded strongly in June to 287,000 jobs added, relieving fears after job growth came close to stalling in May.
Mortgage rates near all-time lows have helped increased demand. Mortgage buyer Freddie Mac said the average 30-year fixed-rate mortgage was 3.45 percent this week, down from 4.05 percent last year.
Copyright 2016 The Associated Press. All rights reserved. This material may not be published, broadcast, rewritten or redistributed.