ACLU calls for Department of Homeland Security to be dismantled 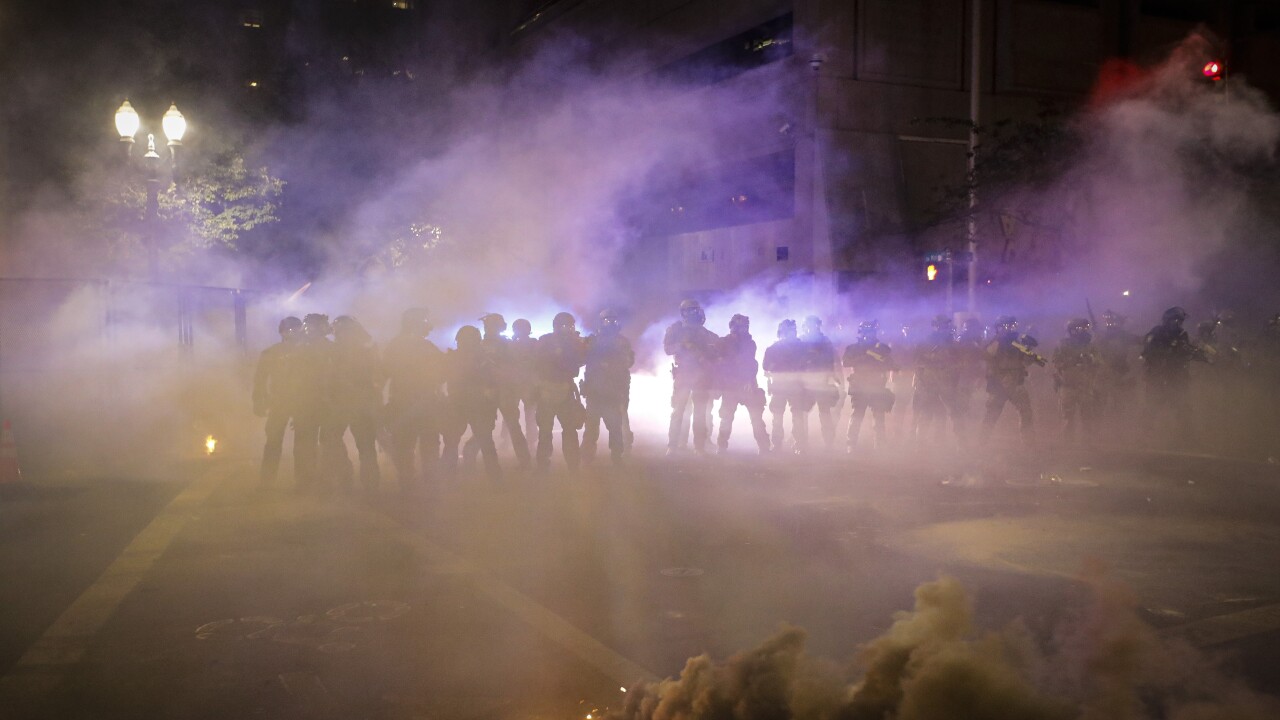 Copyright 2020 The Associated Press. All rights reserved.
Marcio Jose Sanchez/AP
FILE - In this July 24, 2020, file photo federal officers deploy chemical irritants on demonstrators during a Black Lives Matter protest at the Mark O. Hatfield United States Courthouse in Portland, Ore. Beyond the debate over the federal response to protests in Portland, there is the question of whether the Department of Homeland Security, with its specialized national security focus, is the right agency for a job that is traditionally the responsibility local police. (AP Photo/Marcio Jose Sanchez, File)

NEW YORK, N.Y. – The American Civil Liberties Union (ACLU) is calling for the Department of Homeland Security (DHS) to be dismantled.

Specifically, the ACLU wants DHS to be broken apart into various federal agencies and to have its federal budget shrunk. The organization believes this will allow for more effective oversight, accountability and public transparency.

Nearly 20 years of abuse, waste, and corruption demonstrate the failure of the DHS experiment.

Many knew DHS to be an ineffective superagency, but President Trump has converted DHS into our government’s most notable badge of shame.

The ACLU’s executive director, Anthony D. Romero, called for the dismantling in an op-ed published by USA Today on Sunday.

In the article, Romero argues that the actions of federal agents in Portland and other cities have shown that DHS isn’t capable of acting consistently with the U.S. Constitution.

“The scenes unfolding in Portland, Oregon, and elsewhere are a reminder of the red flags many have raised about DHS throughout its history: that its powers are too great, and that it lacks the oversight and management to be effective,” wrote Romero. “We can preserve our freedoms and our security better by dismantling DHS and beginning anew.”

DHS was established in 2002 in response to the attacks on September 11, 2001. The department says its mission is to secure the U.S. from the threats the nation faces.

“This requires the dedication of more than 240,000 employees in jobs that range from aviation and border security to emergency response, from cybersecurity analyst to chemical facility inspector,” writes the department. “Our duties are wide-ranging, and our goal is clear - keeping America safe.”

Romero says DHS’ short history has been filled with violence and fear mongering. He points to several reported incidents like the surveillance of Black Lives Matter activists, the fatal shootings of foreign nationals across the border, and the separating of children from their parents at the border.

Romero claims President Donald Trump has converted DHS into the government’s “most notable badge of shame” and the director asserts that Trump has used DHS as his personal militia.

“Donald Trump should not be allowed to provide a precedent for future presidents with authoritarian tendencies to repeat the injustices we are enduring,” writes Romero. “Dismantling DHS into its component parts would restore greater balance to our system of checks and balances.”

A DHS spokesperson provided us with this statement, accusing the ACLU of supporting "violent opportunists."

"Attempting to burn down federal property and harm federal law enforcement officers is not a 'Constitutional right,' as the ACLU put it. For months, local politicians in Oregon refused to uphold the law and protect their own citizens while violent opportunists overran their streets. It is appalling that the ACLU, an organization supposedly committed to civil rights and the rule of law, would be supportive of violent opportunists attempting to destroy a federal courthouse, an institution dedicated to protecting Constitutional rights. The ACLU’s lack of differentiating between violent criminals and legitimate peaceful protestors reveals their brazen political sham."