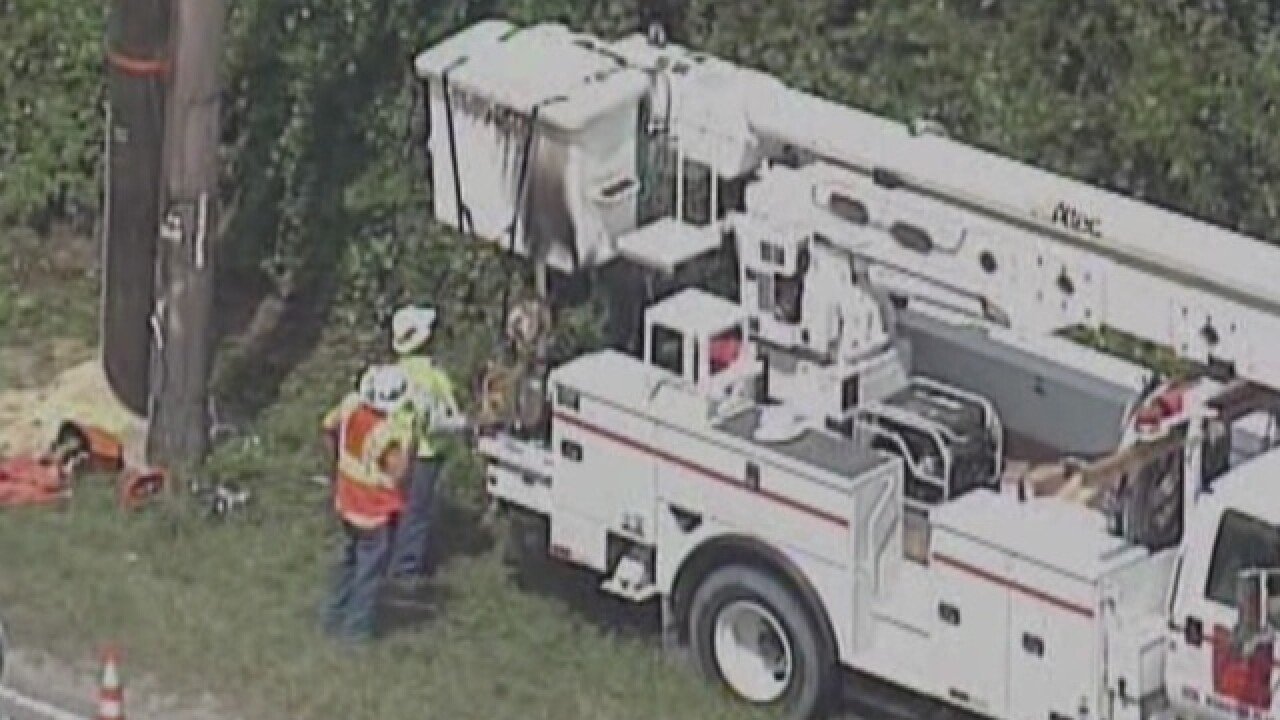 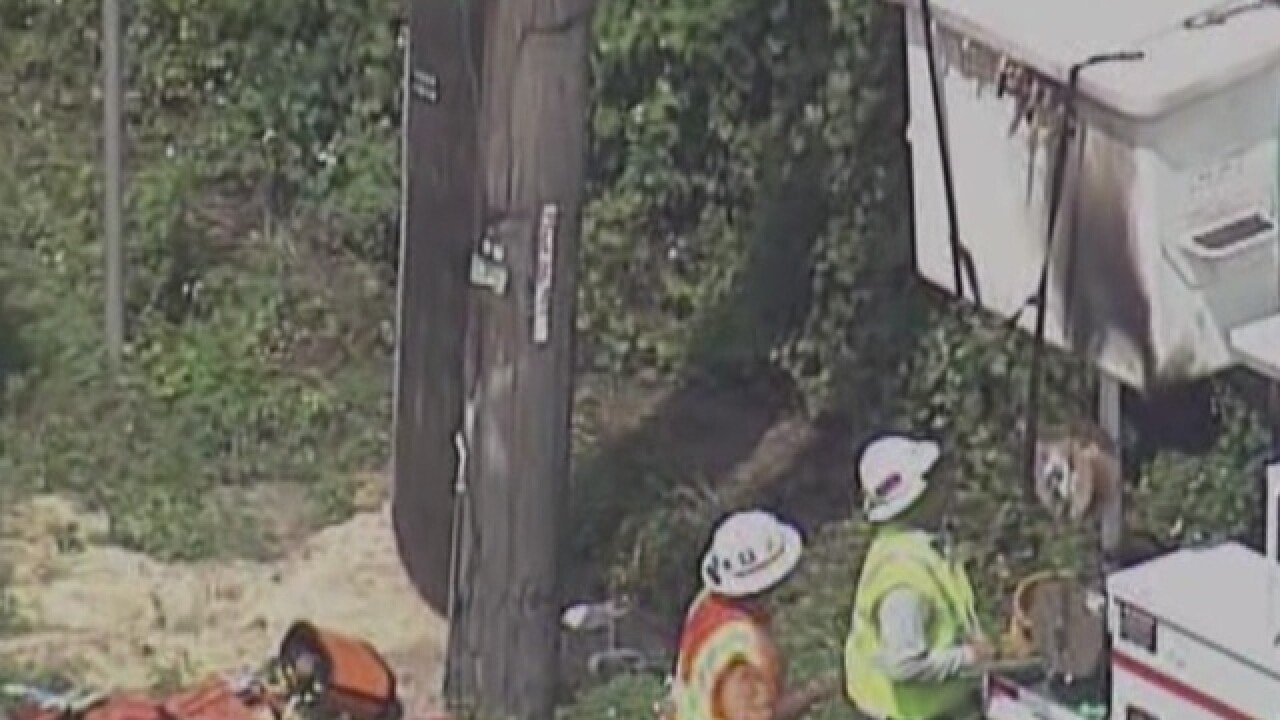 By: WFTS Webteam
Posted at 12:42 PM, Sep 09, 2015
A contracted power line worker for TECO was electrocuted on Wednesday after coming in contact with a live wire in Seffner.
According to Hillsborough County Fire Rescue, the accident happened near the intersection of Martin Luther King and S. Kingsway just after 11 a.m.
According to HCFR, the man was using a saw while up approximately 30 feet in the air on a bucket truck when he came in contact with the live wire.
The worker was unconscious when help arrived and was quickly rushed to a nearby hospital.  He was later prounced dead.
The view from Action Air 1 shortly after the accident showed what appears to be burn marks on the bucket of the utility truck the worker was using.
According to the International Brotherhood of Electrical Workers, the man works for SPE Utility Contractors, which had been contracted by TECO to perform maintenance.
Scripps Only Content 2015