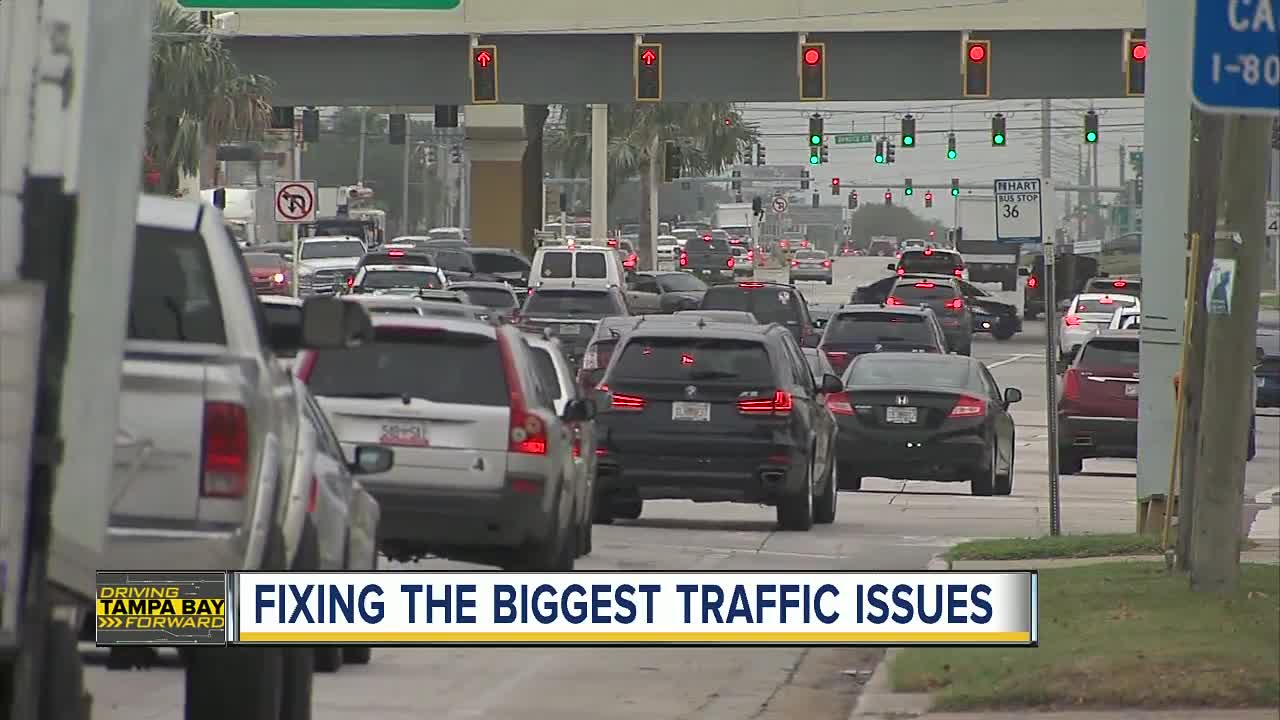 We now have a much better idea of what Tampa Bay area residents feel needs to be done to fix some of the worst traffic problems in our area. 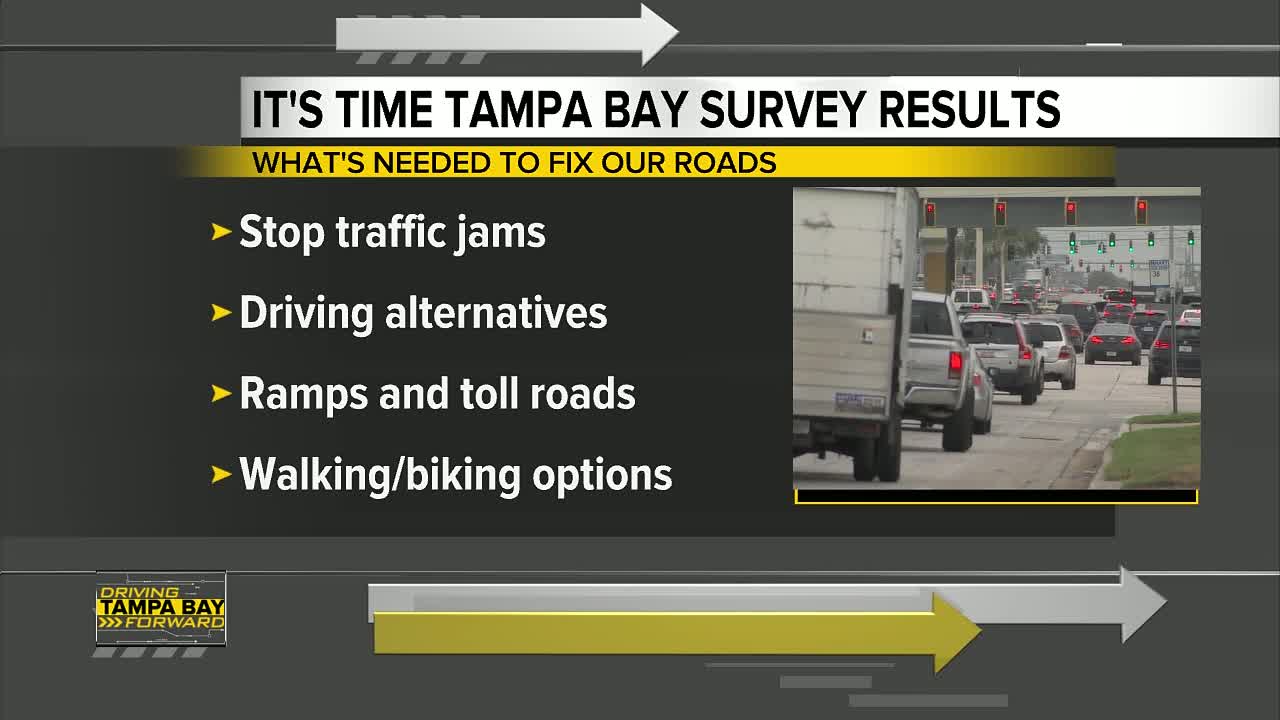 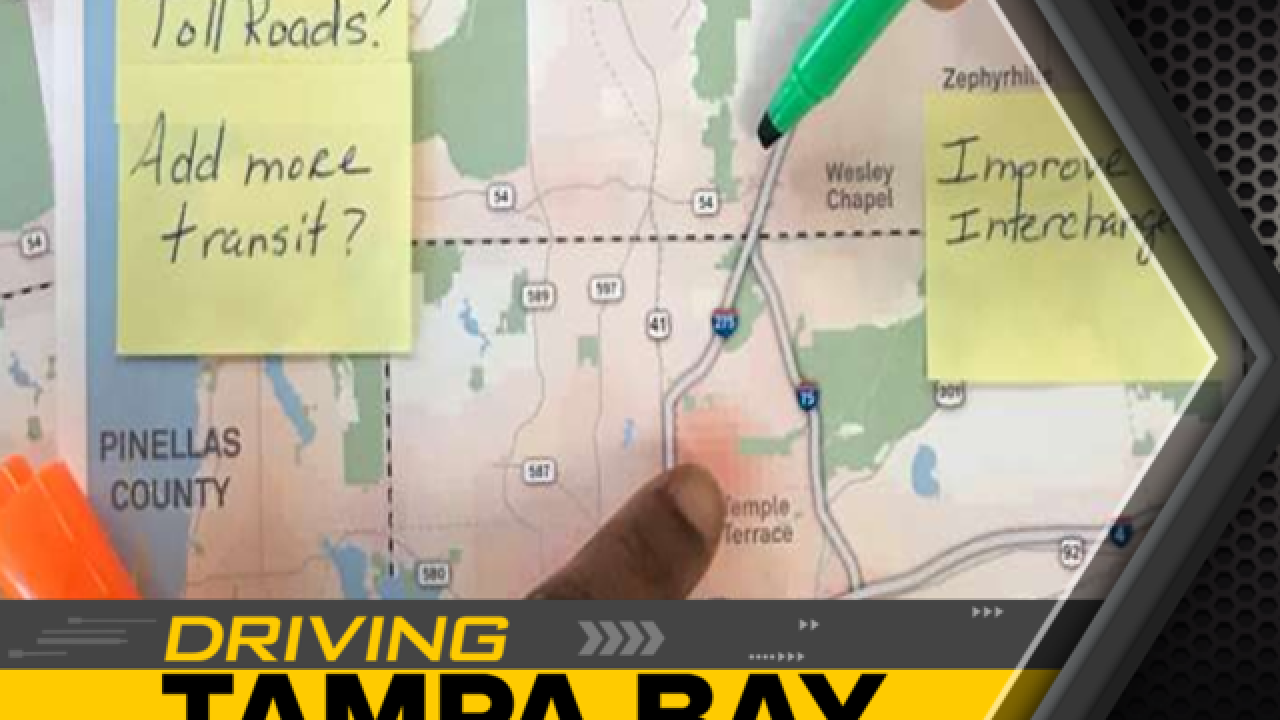 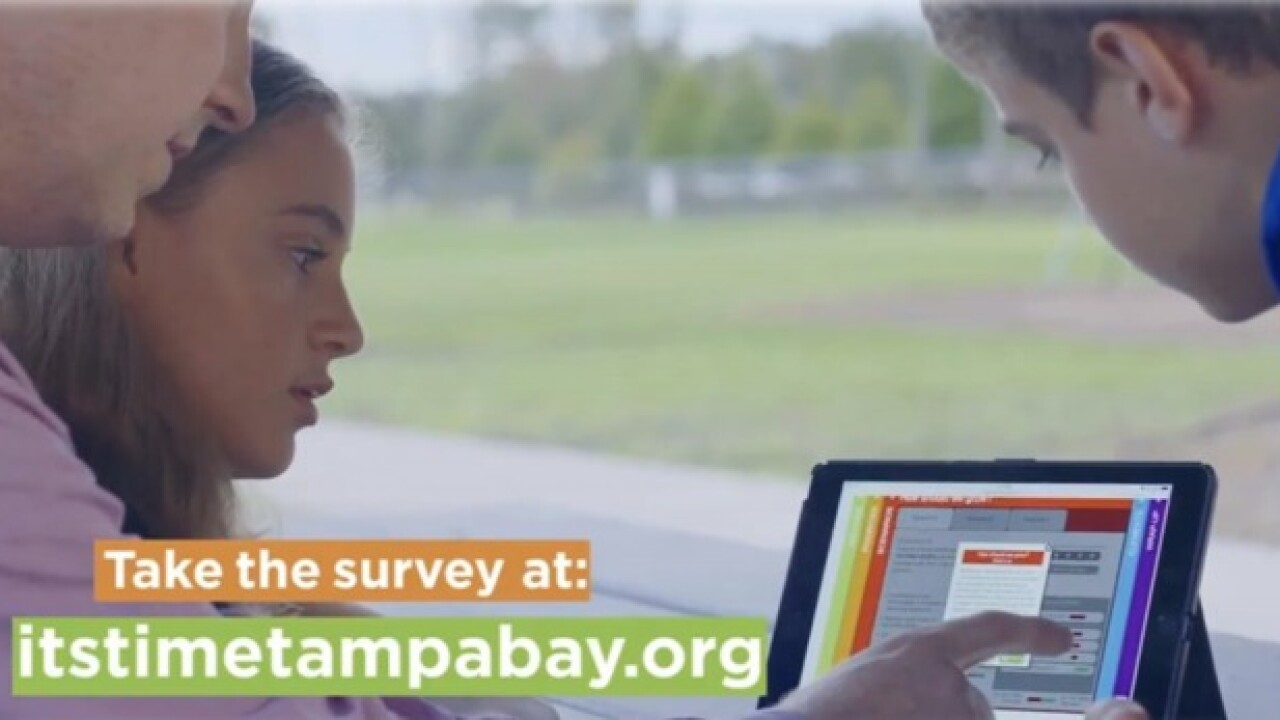 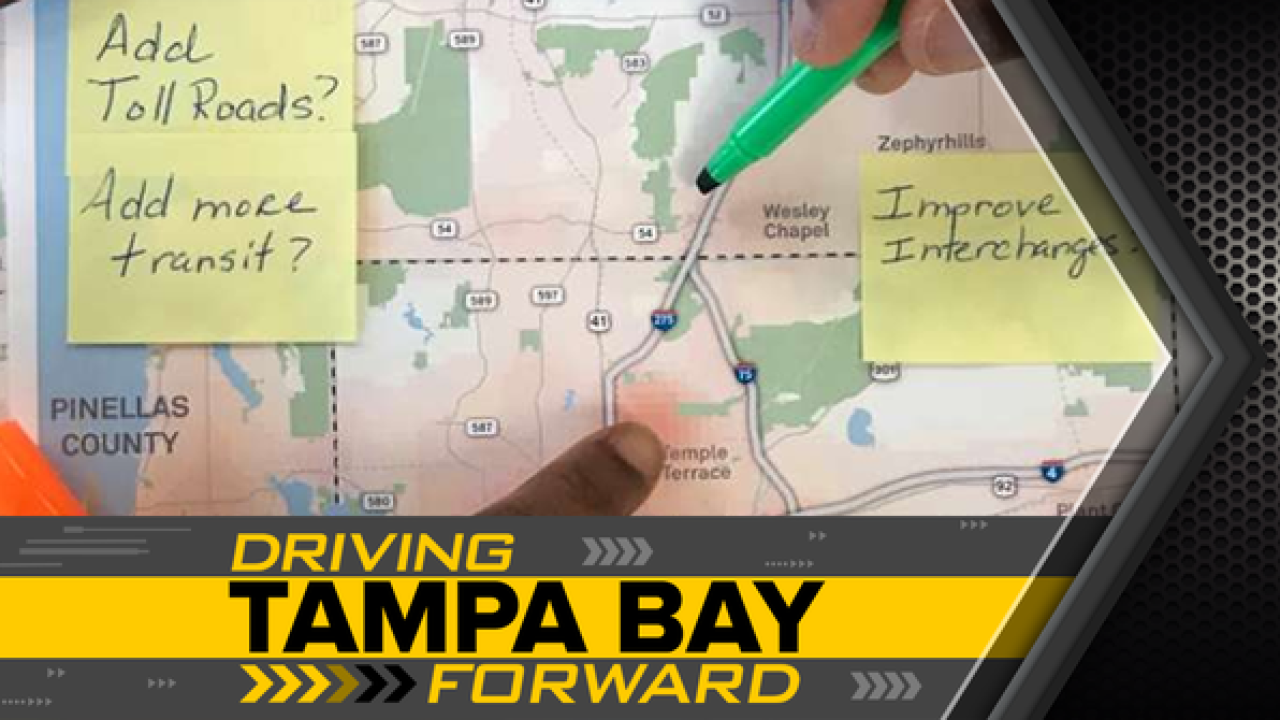 HILLSBOROUGH COUNTY, Fla. — We now have a much better idea of what Tampa Bay area residents feel needs to be done to fix some of the worst traffic problems in our area.

In August, thousands of people took a transportation survey from It’s Time Tampa Bay, an organization that pushes for transportation solutions and mobility for everyone.

It’s Time Tampa Bay laid out several options that could eventually be put into a 2045 Master Plan to fix transportation.

The biggest concerns were fixing traffic congestion as well as helping drivers find alternatives to driving.

People also sent in that preserving their neighborhood was a top priority.

Now, It’s Time Tampa Bay has prepared this document to present to county transportation leaders who will help form the master plan.

In the guidance for the 2045 Master Plan, they are recommending a large focus on new, expanded interchange ramps and a continued effort to explore elevated express lane projects.

They also are encouraging leaders to look at a possible strategy for the Downtown Tampa Interchange. They are also asking them to consider a strategy for the SR 54 and US 41 interchange area in Pasco County, exploring a connection between them via I-74 and I-4, not I-275.

It’s Time Tampa Bay also recommends tolls should be used for congestion management rather than raising revenue, according to the guide.

While participants voted that walking and biking options were important to address, one thing the public did not support was an idea for I-275 to be turned into a boulevard.

But, they did note that they want a bigger focus on demonstrating how technological advances can be implemented realistically and safely, like driverless cars.

Hillsborough, Pasco and Pinellas Counties will be evaluating possible scenarios for a 2045 Master Plan to fix transportation issues next year. Starting in Oct 2019, they plan to hold a public review period and public hearings. They will then adopt an official plan, according to the survey development and execution plan.