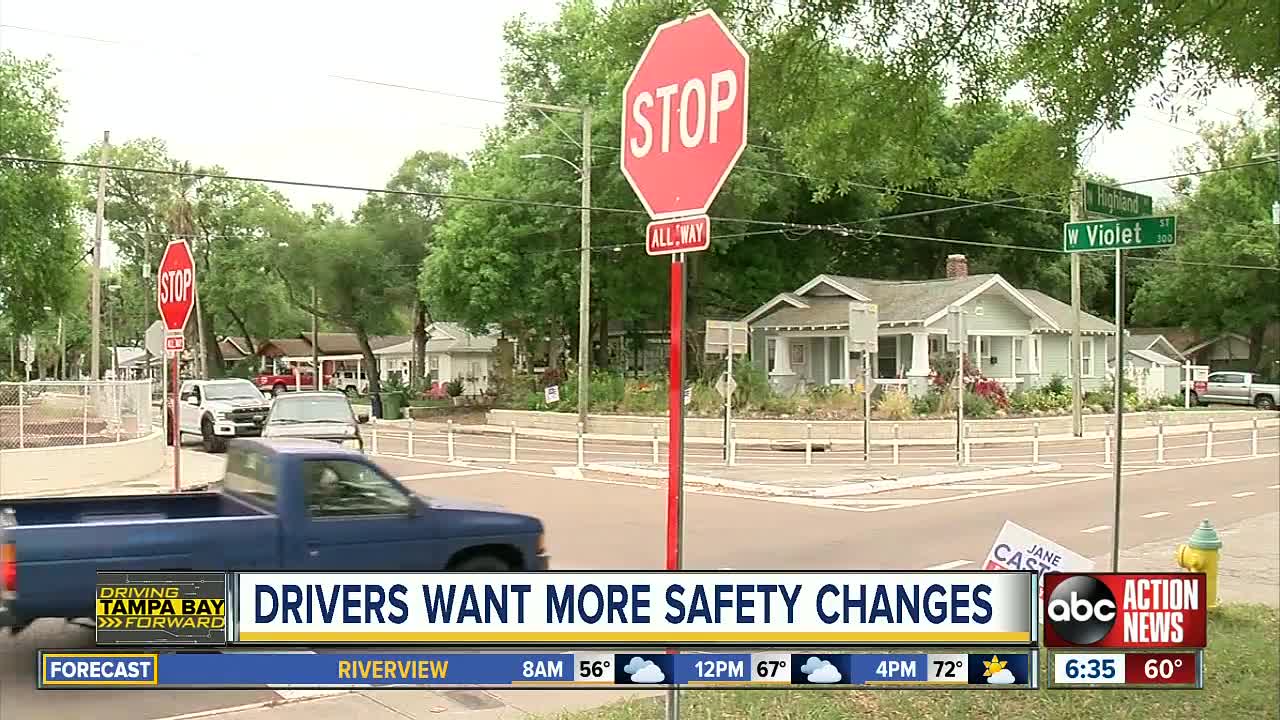 The City of Tampa has installed stop signs at Highland Avenue and West Violet Street to help stop the problem. Full story: http://bit.ly/2JrXdQ4 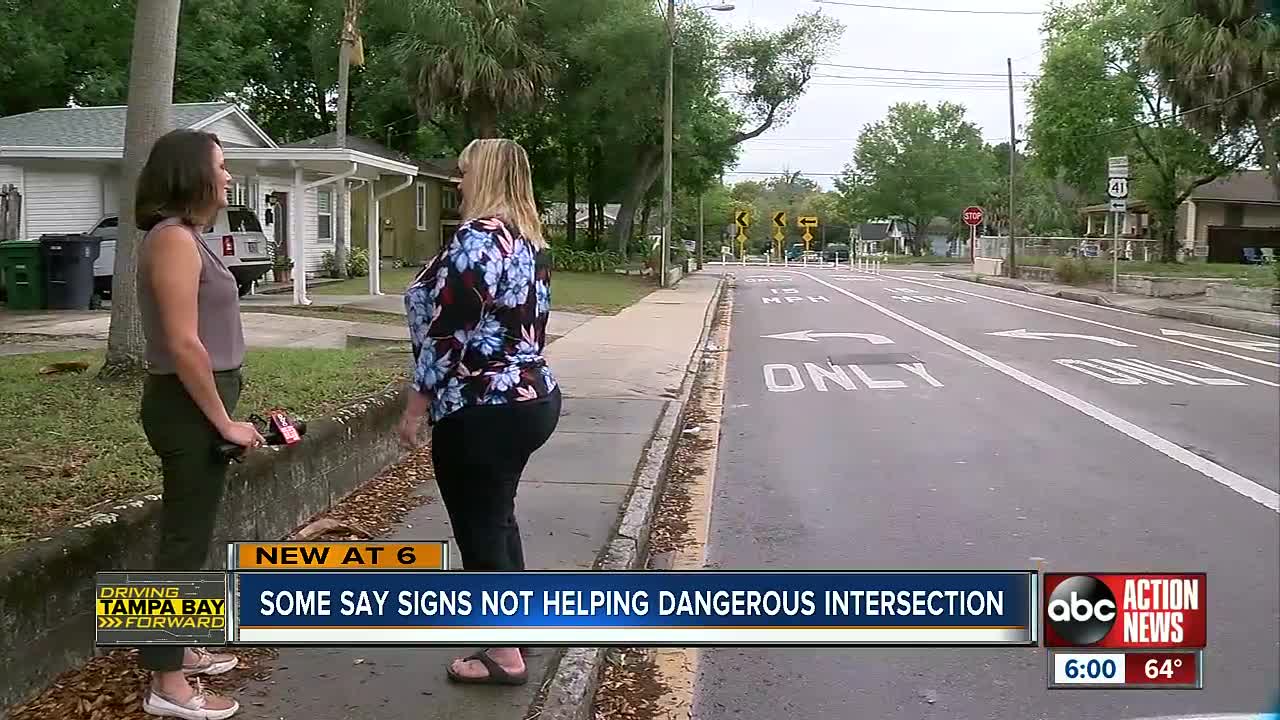 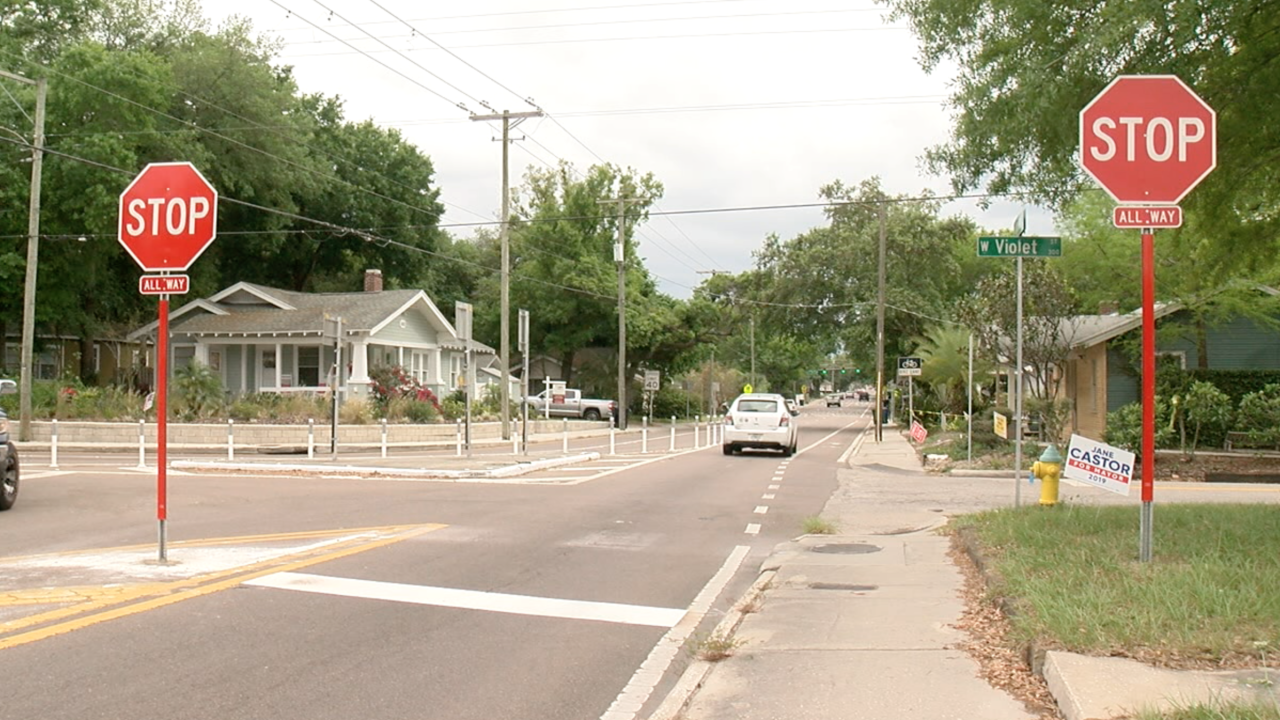 Cars have hit signs, ruined medians and crashed into homes.

Now, the City of Tampa has installed stop signs at Highland Avenue and West Violet Street to help stop the problem.

In December, we told you about some major changes to that intersection. The State and City of Tampa added signal heads, reflective pavement markings and flex posts.

Those changes didn't help. In fact, we saw pictures of a car that crashed into those signs just weeks later.

The City of Tampa hopes the stop signs will help. The change is a result of a recent study.

The stop signs are getting mixed reviews from neighbors.

However, Kathleen Lopez believes the signs were the wrong choice.

Hunter sees the new signs as progress coming from the City of Tampa. Back in July, three cars crashed into buildings in Seminole Heights in just a 24-hour period.

"Well we are very proud of them [City]. We’re happy that they are listening to us," she said.

“I’m concerned, I feel sad." said Lopez "It was like a new dance line. No one knew who was next, who was supposed to come up and what is the stop sign yielding to?”

Hunter does agree some drivers are not stopping. She thinks flashing lights, orange flags and some police patrolling would help but ultimately it's up to drivers to pay attention.

“The signs, they are here now at Highland and Violet. And they need to stop!” she said.

ABC Action News is also waiting to hear if Tampa Police will be assisting with enforcement of the new signs.